The Urban Arrow Shorty Electric Cargo Bike is of extremely high quality hence why it’s one of the best electric cargo bikes, with plenty of bells and whistles. This cargo bike is made for transporting large loads of cargo to and fro, thanks to a large front-facing container and a 420-pound load capacity. Read on to see why it is one of the best electric bikes for cargo.

Why We Like It – Urban Arrow Shorty Electric Cargo Bike

The Bosch Purion display relays loads of useful metrics, including speed, battery life, and more. We also loved the Bosch Active Line Plus, which offers multiple levels of pedal assist and excels with steep inclines, in addition to reaching a max speed of 20 miles per hour. For your everyday adventures, consider also reading the Trek verve review.

Though this electric cargo bike is surprisingly light, given the features on offer, it is wider than comparable models, which could make it an issue while riding along narrow bike lanes. Additionally, this ebike forces the rider into a rigid and upright posture, which may not suit all consumers. Despite weighing in at nearly 110lbs fully outfitted, the Bosch Performance CX mid-drive motor system doesn’t have much trouble pushing the thing around, either, even when heading uphill or with a full load. Quite surprisingly given the ocean liner-like front wheelbase it’s actually pretty reasonably nimble, that’s according to some reviews who had also the talent to load up the rear carrier before they went out.

Powered by the Bosch PowerPack 400 Performance, 36 V, 11.0 Ah/400Wh it gives a long-lasting power with one reviewer having gone 20 miles on the battery and saying “Still had a few miles of range on the battery by the time I finally got home.” Any urban multitasker will be happy to know they could replace their cart with this one bike as the front carriage is almost wheelbarrow like on some models and the box cover acts like a lockable hood on a car’s trunk. There are instances where you need to increase the power of your bike. For that reason, you should read the Voilamart ebike conversion kit review.

Though this electric cargo bike is surprisingly light, given the features on offer, it is wider than comparable models like the Rad Power Bikes Radwagon. One downside to the Shorty Electric Cargo Bike is its dual-piston Shimano Deore hydraulic disc brakes. Unlike some other bikes (Yuba Spicy Curry Bosch) the cabin where others would ride is in the front, which makes a little more skid on the brakes.

If that’s a problem for you, try some other models from this brand including the Yuba Electric Boda Boda or the Yuba Boda Boda.

The Urban Arrow family believes in both value and performance and while the bike is more expensive than the Tern GSD S10 and the Tern GSD S00, the performance can match despite its few faults most of which are shared by practically every cargo bike.

While the bike may not be perfect it does perform competently, unfortunately, we were unable to discover anything about a warranty beyond the offer on the Urban Arrow website offering a free trial of the bike, if you have any complaints though their email address is open along with a phone. 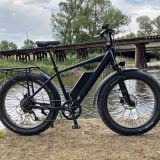 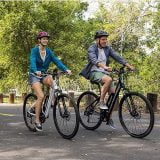 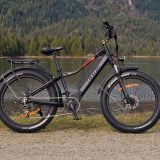 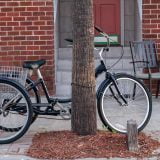 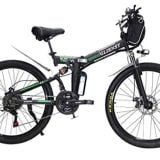 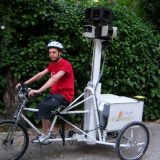