Do you lead a life of danger, and want the best Chinese smartphone to accompany you? Here’s our suggestion: the Ulefone Armor 7E. Like its brother, the Armor 7, it’s incredibly rugged making it one of the best smartphones for active individuals. You can step on, submerge, kick around, and suplex the 7E—and it’d continue working. It even has good hardware underneath. 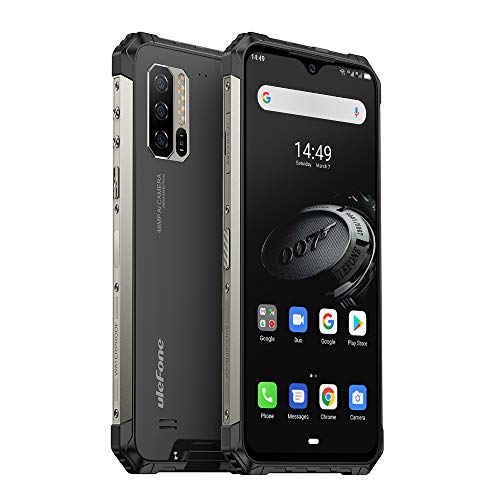 Sick of having wimpy phones? The Ulefone Armor 7E changes all of that, because it’s one rugged phone. It can endure the kind of punishment that lends a helping hand to construction workers and outdoorsmen.

Being powered by the Mediatek Helio P90 octa core chipset, the Ulefone Armor 7E gains access to the upper echelon of mobile gaming. It handles PUBG Mobile adequately, but Call of Duty Mobile even better (on medium settings). One of the smartphones with better gaming features is the Nubia Red Magic 5G, which has an impressive AMOLED HDR display. Opening apps and whatnot are quick and incredibly responsive. However, its cameras are average. You’d think its 48-megapixels rear camera would be fantastic, but colors are muted and unimpressive; the 16-megapixel front camera even less so.

More impressive than its hardware is the 5500mAh battery. In some instances, it can last over two days, provided you use it when necessary. Even 30 minutes of straight gaming will only suck up 4% of its battery, which is quite impressive. It even has wireless charging! Fast charging via USB C is mediocre though.

Contrast ratio is the winner here, coming out with a ratio of 1455:1. Other than that, its 1080p display is nothing fancy. It has an average brightness rating and color accuracy. It’s clear ruggedness was the focus, not color quality. The Xiaomi Mi Note 10, on the other hand, has HDR 10.

Like its brother, the Armor 7, the 7E can take a beating. It survives drops, getting stepped on, extreme temperatures, submerged in water, and keeps going. You’ll notice, however, that it’s bulky, whereas the Huawei Mate 20 Pro slips right into your pocket.

If you experience hazardous settings frequently, the Ulefone Armor 7E is for you. It doesn’t try to be something it isn’t, other than a reliable smartphone for long-term use, while still having good hardware underneath and for an excellent price. Not the life you lead? Then bank on performance with the OnePlus 8 Pro.

The purpose of the Ulefone Armor 7E was to provide an average smartphone, protected by an incredibly durable casing. You can drop, submerge, step on, and squeeze the Ulefone Armor 7E any which way and it’d bounce back. It even has a fantastic battery. So no, picture quality isn’t the greatest, but that’s probably not your concern if this is what you’re after.