If you are new to the world of indoor cooling, you want to learn about the various types of fans. The best fans, after all, ship in a wide variety of styles and designs with different feature sets. So what are the most common fan types, and which is the best for you? Keep reading to find out.

There are as many fan types out there as there are breezes if you are comparing an air circulator vs a fan. Some attach to the ceiling if you wonder if bigger ceiling fans are better. Others go outside if you are wondering about the best size for an outdoor patio fan. Still, others stand on the floor if you are asking why your standing fan is making noise during use. Some even use radical new technologies if you are wondering how bladeless fans work.

No matter which type you choose, be sure to clean the blades and exterior as indicated by the manufacturer.

In short, there is a fan for every consumer out there, allowing many to compare tower fans vs box fans, among other distinctions. Some fans even blow hot air if that is your bag. Keep reading to learn more about fan types so you can conduct that crucial Dyson HP01 vs HP07 review.

When you picture a fan, you may just picture a standard ceiling unit. This is one of the most common fan types out there. They install directly to the ceiling and help create a nice breeze in your living room, bedroom, or anywhere else they can fit. Modern ceiling fans are occasionally outfitted with smart controls, which is nice, in addition to offering a vast array of integrated lighting fixtures.

Tips for Buying a Ceiling Fan

This is the average standing fan you likely already have in your bedroom or office. They are budget-friendly, easy to operate, and easy to move around to different locations as needed. Pedestal fans typically offer three or four-speed variations, as well as the ability to tilt and swivel the pedestal to send a breeze at differing angles.

They aren’t the most attractive fans on the block, but hey, they get the job done. Many modern pedestal fans ships with remote control for easy configurations, and these fans are available in many colors and sizes.

Tips for Buying a Pedestal Fan

This is the newer, more advanced version of the pedestal fan. Tower fans don’t have blades in the traditional sense, like pedestal fans, but use more recent technologies to create a nice, cool breeze. These cylinder-shaped fans are mounted on a circular base, similar to pedestal fans, but the overall design makes it easier to squeeze them into tight spaces.

These fans are made to suit modern aesthetic preferences, so they are available in several colors and sizes.

Only run your fans when needed to keep that energy bill in check.

Tips for Buying a Tower Fan

This is the newest and hottest version of a tower fan. These fans are shaped like towers, but that’s where the similarities end. As the name suggests, these fans don’t even have visible blades, though they do have miniature blades that spin and work to pull in air from the room. Bladeless fans are great at airflow and offer a distinctive look to your living room or bedroom.

This design also typically includes an air filter to weed out dust, mold spores, bacteria, and other icky particles floating around your air.

Tips for Buying a Bladeless Fan

Do you know those window unit air conditions? This design is just like that, only without that whole air conditioner part. They install on a window, pull in air from the outside, and blow plenty of air throughout your living space. They are considered a budget-friendly alternative to window-based air conditioners, offering a simplified version of the same technology.

Window fans are often bare-bones affairs, but they certainly get the job done, offering plenty of power to increase the airflow in your home while taking up very little space.

STAT: The punkah fan was used in India about 500 BCE. It was a handheld fan made from bamboo strips or other plant fiber, that could be rotated or fanned to move air. (source)

Tips for Buying a Window Fan

How many types of fans are available?

There are many fan types out there, such as table fans that do not require floor space, fans with remote control, models that lack fan blades, and those that place a premium on a compact design.

How do you know if the correct type of fan has been selected?

It depends on what you are looking for. Some fans excel with the flow of air, others feature a compact design, and some do not even have fan blades. Check out the CFM rating (cubic feet of air moved) of each model before making a purchase.

Many things can impact the flow of air coming from a standard fan, even an exhaust fan. If the fan is placed in the wrong location or if the power level is not adequate, you will experience a decrease in performance. 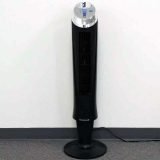 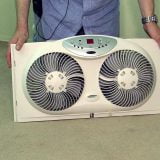 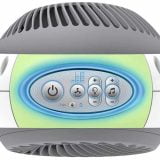 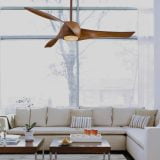 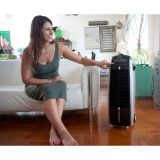 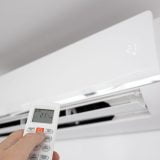 How to Reset a Ceiling Fan Remote