There are a number of different types of electric scooter batteries, each with its own unique benefits and disadvantages. Keep reading on to learn more about this, and don’t forget to check out the top-tier e-scooters on the market today.

What is an Electric Scooter Battery?

Electric scooters do not need to use conventional fuel in order to operate. Instead, they use a battery that stores energy and feeds that energy to the motor and the scooter’s other components. These scooter batteries can generally be plugged into a standard wall outlet at home or while out and about.

Lithium-ion batteries are not just popular with scooters but can be found in laptops, electric bikes, mobile phones, and just about every other kind of modern gadget.

There are a number of different kinds of scooter batteries, and some of the more popular options are described below. You may also be wondering about what variety of wattages exists for e-scooters.

This is the primary type of battery that can be found in most modern electric scooters. Lithium-ion batteries are not just popular with scooters but can be found in laptops, electric bikes, mobile phones, and just about every other kind of modern gadget. They have become so popular because they are extremely light when compared to other battery types. Additionally, lithium battery packs can store more hours of electricity when compared to other types. The downside with lithium batteries is that they can degrade rather quickly and are extremely sensitive to high temperatures. But hooked up to the right type of e-scooter motor, you get high overall performance.

Although, improperly vetted lithium-ion batteries can explode, which will easily set an electric scooter on fire. Moreover, if you find your electric scooter won’t move, make sure the battery isn’t acting up. Otherwise, you’ll need to know where the ID number is on your eScooter to get maintenance done on it.

Sealed lead-acid batteries were the first rechargeable batteries to be invented, making them extremely popular for a number of use-case scenarios.

Sealed lead-acid batteries were the first rechargeable batteries to be invented, making them extremely popular for a number of use-case scenarios. They can often be found in golf carts, electric automobiles, and other large electric vehicles. They are extremely reliable, making them a common choice for heavier-than-average scooters. Sealed lead-acid batteries are extremely heavy, however, so they will not be found in many modern and light scooter designs. Additionally, these batteries take much longer to recharge than lithium batteries.

Nickel-metal hydride batteries (also known as NiMH) are an extremely safe option for scooter manufacturers, as they have never had issues catching fire as was the case with lithium batteries. They boast an average weight when compared to other battery types and fewer materials. The downsides of NiMH batteries are that they take a long time to charge and they do not excel with extreme temperatures. The voltage output with these batteries will decrease if it becomes too hot or too cold. They can also become permanently damaged if a consumer tries to use them in some unofficial quick-charge capacity.

The downside with lithium batteries is that they can degrade rather quickly and are extremely sensitive to high temperatures.

Can you replace electric scooter batteries?

Yes, you can buy a replacement battery and perform the procedure yourself, though it may take some tools and some time. You should be sure to buy the same type of battery that was previously used in your scooter.

Are replacement batteries worth the cost?

Yes, in most cases. Several years back, cheaply sourced lithium batteries were known for catching on fire, but that issue has since been resolved. Modern scooters tend to use much more reliable lithium batteries.

STAT: It takes a lot longer for lithium-ion batteries to lose their charge (only about 5% per month), compared to 20% loss per month for nickel-metal hydride batteries. (source) 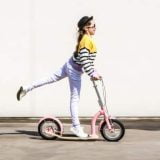 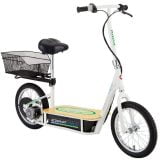 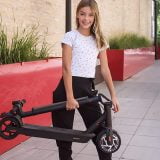 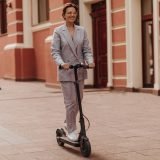 What is an Electric Scooter 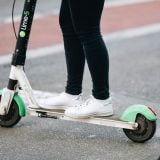 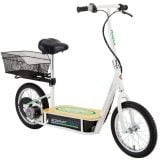