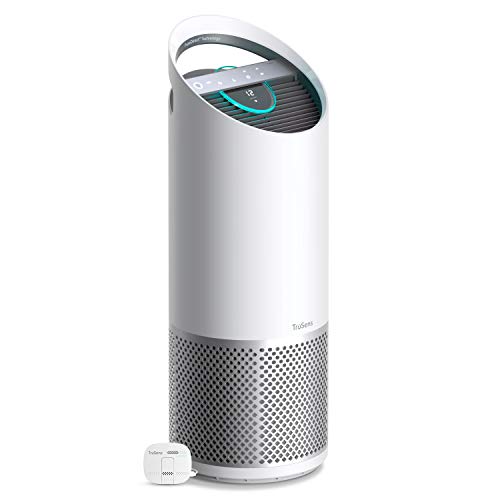 The Trusens Air Purifier isn’t out to be the most powerful or the speediest air purifier. Instead, it mixes moderate overall power with an alternative philosophy on design. Its CFM, for example, is around 200+, purifying air up to four times an hour. That isn’t particularly impressive, but its design certainly is.

It isn’t just power and speeds the purifier Trusens Z-3000 uses, but also design. Its 360-degree air inlet and use of two airflow streams help optimize the amount of air it purifies. With all this working together, it covers 750 square feet, whereas the Levoit LV-PUR131S handles 900, but is more comfortable with 500. For those with larger rooms then you should go through our Vava air purifier review as it offers a room coverage of 1350 square feet.

Compared to the SilverOnyx Air Purifier with a True HEPA filter, it has one more air filter, as opposed to three, similar to the Winix Plasmawave 5500. This is because the Trusens Air Purifier has a DuPont Filter UV light filter, in addition to three levels of filtration. Its pre-filter captures any large particles sucked inside. Its True HEPA type filter purifies air by capturing 99.97% of allergens as small as 0.3 microns, which is the standard. For any volatile organic compounds (VOCs), the activated carbon filter neutralizes them. And lastly, the UV-C light filter sterilizes hazardous germs and bacteria, and even helps keep the filter from smelling, too. If you are a smoker then you are better off checking out our Smoke Buddy Air Filter review.

Take one good look at the Trusens Air Purifier and you can tell it’s made of hard plastic. That’s not necessarily a bad thing; in fact, it’s quite heavy weighing nearly 18 lbs, about 4 pounds heavier than the Honeywell HFD-120 Q. Thankfully, there’s an at the top you can make use of to move it around.

The Trusens Air Purifier is exactly the kind of budget purifier one needs if they aren’t willing to go for gold or settle for bronze. You can see by how few flaws it has, which was just noise. It isn’t loud enough to cause issues. Look past that and you’ll have an air purifier with 4 levels of purification and an in-house air quality monitor. 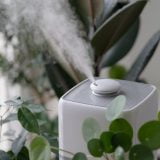 How Do Commercial Air Purifiers Work? 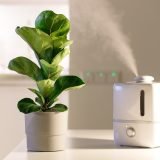 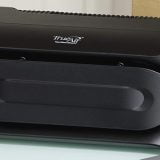 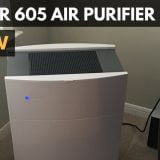 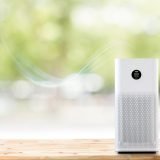