Size always matters, one way or another. However, bigger isn’t necessarily better. And that’s why, when considering what the best keyboard is for your lifestyle, size is one of the first things to consider. Such essential considerations are why, below, we’ll be comparing TKL vs 75 percent keyboards to help you decide.

Another critical factor for any keyboard purchase is the height of the keys. To learn more about this, check out our article comparing low-profile and high-profile keyboards.

Most gamers like using smaller-sized keyboards because they are quicker to use and come with greater flexibility for customization.

Differences Between a 75% Keyboard vs a TKL

First and foremost, let’s define the terms. TKL keyboard is short for “tenkeyless.” And, as you might guess, this means that the keyboard comes without the number pad found on traditional full-sized keyboards.

The 75 keyboard is an emerging keyboard layout. It’s similar to a TKL but has a slightly more compact format. It’s called a 75 because it’s 75% the size of full-sized keyboards. Like the TKL, these compact keyboards come without the number pads. But unlike tenkeyless boards, it smushes the arrow keys and functions row inward to save space. Additionally, some of the larger keys, like the spacebar and shift key, are reduced in size.

So, which one is right for you? Next, we’ll go into some of the reasons and advantages of either keyboard to help illuminate what suits your personal preference.

And suppose you finish this and want to continue reading size comparison. In that case, we have another article that covers 65 keyboards vs 75 keyboards.

Ultimately, when it comes to functionality, it’s a tie between these two. They’re both made with the same standard layout. The only difference is that the 75s are more compact, meaning there’s less room between keys. At this point, it’s a matter of preference. One could argue that the TKL keyboard has better accessibility for typing because of the larger key sizes, but this depends on your hand size. Either way, there won’t be a big difference in functionality between either mechanical keyboard.

When it comes to serious gaming, TKL keyboards typically aren’t the first choice. It seems like the trend is to go with a smaller keyboard with layered, customizable keys.

One of the most popular gaming keyboards is the 60 (we have another article comparing TKLs vs 60s for anyone interested). This popularity is because a compact board is usually designed with customization in mind. Gamers often like this, as well as the fact that a compact keyboard layout tends to yield better and more sensible control for gaming.

The 75 follows this pattern with smaller key sizes and a compact form factor. So a 75 can be a nice middle-ground for those looking for an excellent compact version that doesn’t have a wildly different key layout as a 60 does. But this isn’t to say that a TKL won’t work for gaming. In fact, if you are just a casual gamer it will likely make no difference.

If it’s not clear yet, the 75 keyboard is smaller than a TKL. Therefore it will save more desk space and be easier to travel with. Although it’s good to remember that TKLs are also compact keyboards and can also save space if you are switching from a full-sized keyboard.

STAT: Both TKL and 75 keyboards average 87 keys, whereas full-size keyboards have 104. (source)

Why do people use compact keyboards?

Compact size keyboards are sought because they eliminate the bulkiness and clutter of full-size keyboards and typically have more customization options.

How big is a TKL?

What is a keyboard function layer?

For keyboards, like 60s, that eliminate the function row, function layers allow users to toggle between layouts that change the regular keys into function keys. 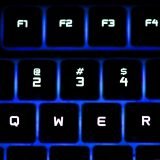 How to Connect a Keyboard to an iPad 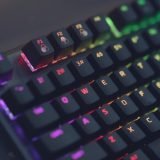 How to Reset a Keyboard 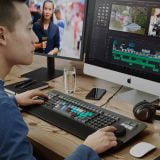 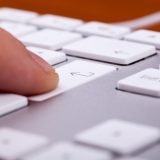 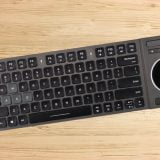