The Haunting Of Hill House Review_

The Haunting of Hill House is a family drama about a family living in a haunted house known as the hill house. If I lost your interest at the haunted house, there are plenty of other family dramas from our list like Breaking Bad. During the first episode, the Crain’s decide to buy a funeral home, only to realize that there are ghosts lurking in there. The kids have recurring nightmares that don’t let them sleep. The situations become tense as the ghosts grow more furious. This is one of the best horror series on our list for best shows on Netflix. 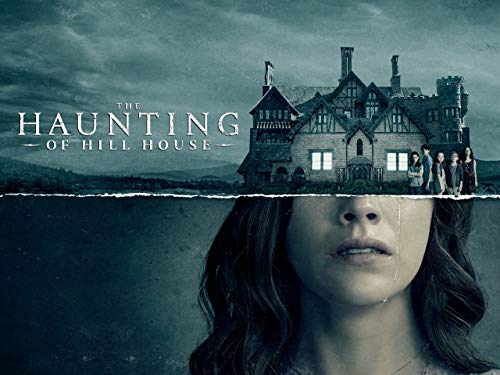 Why We Like It – The Haunting Of Hill House Review

Here is a great horror story directed by Mike Flanagan. In this Netflix series, you will see many ghosts that make you want to crawl under your bedsheets. From unique ghosts like the bent neck lady and others, expect a buildup in this story as the Crain’s grow up in the ghastly hill house.

The series is an adaptation of the book by Shirley Jackson. Hugh Crain is played by Henry Thomas. Hugh is the father that bought the funeral home, and he is essentially the reason why they are in the predicament. Through the series, you will sense your anxiety rising as the Crain’s begin to experience paranormal activity. I wouldn’t suggest watching something this scary at night unless you want to see some ghosts in your dreams, so if you’re frightened easily, it would be best to try out another genre from our list like the animated comedy Big Mouth.

This show most definitely might scare the kids, so in case of that, you can try a lighter series like Avatar: The Last Airbender. Expect to see the timelines of the story jump between the Crain kid’s childhood in the hill house, to the present day with the kids as adults. The story focuses on the children as they live in the hill house. These flashbacks give us a chance to see what they experienced in their old house, and what made them such frightened adults. Expect to randomly see some ghosts that will make the hairs on your neck stand tall.

Give thanks to Steve Dietl Netflix’s cameraman providing great shots for the series. The long shots tend to creep me out as I was put on high alert searching for a ghost that might come out at any moment on the screen. This show perfectly encapsulates what a scary show needs. There are great effects during the encounters of ghosts in dreams, and there are also creepy things that they do in the physical world. Expect to see crazy ghosts like the bent neck lady and many more in the first season.

The Haunting Of Hill House Review Wrap Up

The horror show is the perfect fit for anyone looking for some jump scares, and seeing some creepy ghosts. Aside from the scares, the series dives into the lives of the Crain family as they are affected by the supernatural. If you want to find out where the Crain family ends up, there is only one season to find out.