Multimedia is only as good as the hardware to play it back. Your Nintendo 3DS may be a great gaming platform, but only for little games that are good for bite-sized chunks (generally). The iPhone isn’t built for watching a full movie, but feel free. That’s why it’s still so much fun to go to a movie theater: great projector, great sound system, and it’s really the right moviegoing experience.

Gaming is exactly the same way, though most of us don’t work for a movie theater and don’t get to borrow their equipment to play games on. But throw Grand Theft Auto V or Watch Dogs or your favorite console videogame and suddenly every piece of equipment used to express that experience comes into question. Your TV may be too small, the sound might come straight from the TV instead of a dedicated speaker system, the lighting in the room may be bad…the list goes on and on, and that’s not even mentioning whether the Xbox or Playstation you’re playing on is the best experience (trust us, it isn’t).

Over the years, our staff has faithfully provided great advice on some of the best video and audio equipment for entertainment use, for gaming and abroad. And if you’ve followed any of it, then you know that a big TV, a dark room, and excellent sound is the way to go. And when it comes to sound, you need a surround system with a solid subwoofer.

This is that subwoofer. 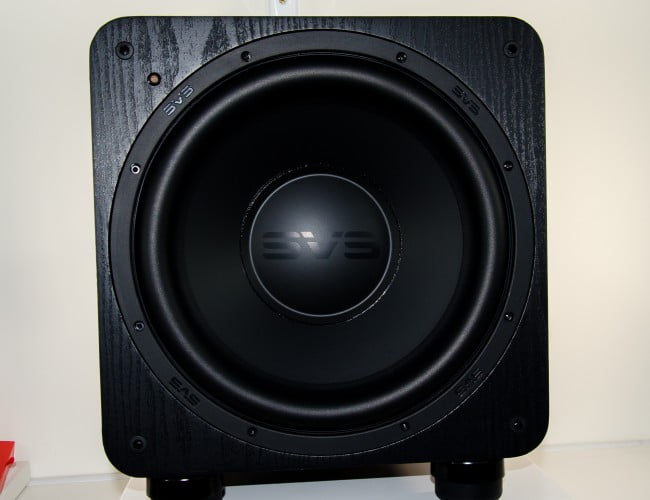 The SVS SB-1000 is a powerful and price-conscience subwoofer to give your entertainment center the bass doesn’t just need, but that it deserves. Let’s be clear: it’s $500 for the subwoofer alone, and that’s the ‘lite’ version; it’s big brother, the SB-2000, is an $800 “beast” to quote the company. The tested model is a 300 Watt DSP-controlled 12-inch subwoofer, complete with an either ash wood or piano white finish. At 27 pounds, and the given price tag, the SB-1000 is no joke.

I hooked the SB-1000 up to two different entertainment systems to test it out, one built from the ground up for gaming with a dedicated 5.1 surround sound system and a 42″ TV, and the other with a larger 47″ TV built around a built-in stereo speaker system with wall units. With the former, installation was a challenge because the 5.1 system – aside from already having a subwoofer – didn’t use higher-end analog cables to transmit sound. The latter did, with each channel owning a corresponding copper wire relay to fit with any high-end woofer, converter, etc.

For the gaming system I’d built, the problem was clear: the SB-1000 is made for gaming but doesn’t support 5.1 natively. Instead I connected the subwoofer into the system with a standard 3.5mm jack, something that gamers will be far more acquainted with over the less common copper wire (the SB-1000 also supports standard RCA, though this speaker system didn’t). This provided the desired effect, though while testing with lower-end 2.1 and 2.0 speaker systems, the 300W subwoofer provided more power than the system could handle and there was a constant static hum. It should go without saying, but don’t connect a high-end subwoofer to a $30 speaker set.

3.5mm also isn’t the preferred connection method; it’s enough to get by, but there’s some sound loss that’s noticeable, especially when comparing it to a non-surround setup. In the full entertainment center, the SB-1000 fit right in; the previous subwoofer unit hadn’t lasted after overuse, and installation was painless. And boy does it boom. 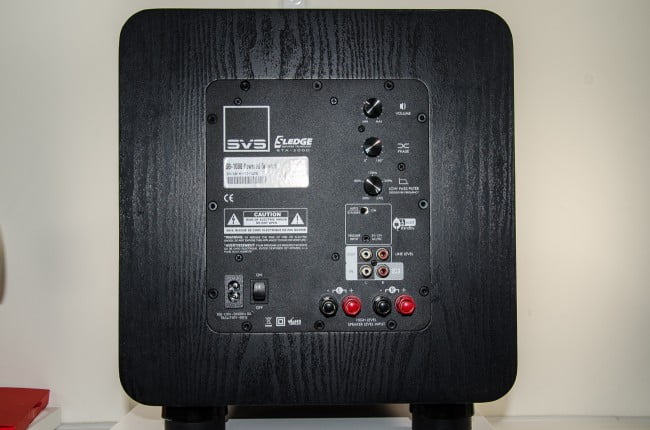 Both setups had an Xbox 360 and a Blu-ray player connected, so I tested with several movies and games identically. The rocking highs of Grand Theft Auto V’s audio tracks aren’t the best test bed, though some of the hip-hop therein thumped loud and clear. More chilling eruptions from Dead Space 3 shook the couch; it was with the higher-level of audio precision that the copper wire stood out over the 3.5mm cable. (I also tested with RCA and couldn’t tell with certainty that the quality was worse than the copper wire, which is a great sign…but it was still miles ahead of the 3.5mm jack.)

The Wolverine doesn’t just have some amazing visuals, it also splits hairs with some dashing sound effects from explosions and fight scenes. The SB-1000 does a phenomenal job; the scene where his heartbeat is almost all you hear will get your own heart in rhythm.

One interesting experiment was to stream games a la Nvidia’s Shield, which supports streaming games from a computer to a TV and using the console as a controller. The experience that the Shield delivers is great, but flawed because some games just need the big screen and big sound; even outputting to a TV and plugging in with gaming headphones doesn’t produce the proper effect. The recently released Watch Dogs is one such game; open world Chicago in the future with a GTA feel, plus plenty of explosions, car chases, and manly talk. The SB-1000 shines, though it’s clear that audio performance isn’t the most important thing when streaming a game.

I also streamed plenty of shows via Amazon Instant Video, Netflix, and HBO Go, and the quality is great. They all lack the resolution that Blu-ray provides, but in this digital world that’s survivable.

SVS also sent along the SoundPath Subwoofer Isolation System, four replaceable feet for the SB-1000 in case you keep the subwoofer on carpet or some other mesh surface. In my gaming center that was the case, and it helped tremendously, even on a thin carpet. Less floor shaking, more room shaking. For $50 it’s a great benefit, though it doesn’t help at all if kept on a hard surface. Pick it up if you need it.

For gaming, a high-end subwoofer like this is a case by case decision. If you’ve already got a 5.1 or 7.1 system, the SB-1000 may not fit well with it. Don’t rely on the 3.5mm connector. For 2.1 sets, you should be fine (depending on the speaker system), and for non-subwoofer systems it should be just fine as well, but make sure your setup can handle it.

You may cringe at the price. Don’t. For $500 your living room can have bass to match a movie theater. The evenness and clarity of sound produced by a speaker of this size and power is exceptional. I can’t recommend the SB-1000 enough. Just make sure that it isn’t the first high-end set piece in your new entertainment center…otherwise you might put down a lot more than you expected to match the quality.

Not sure whether it’s the right subwoofer for you? Try it out for free for 45 days, with free delivery and home installation. Get more details from SVS. 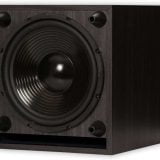 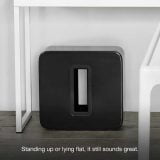 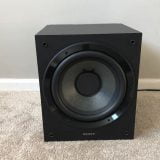 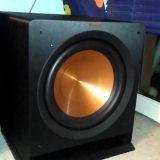 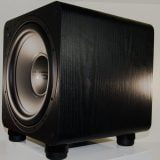