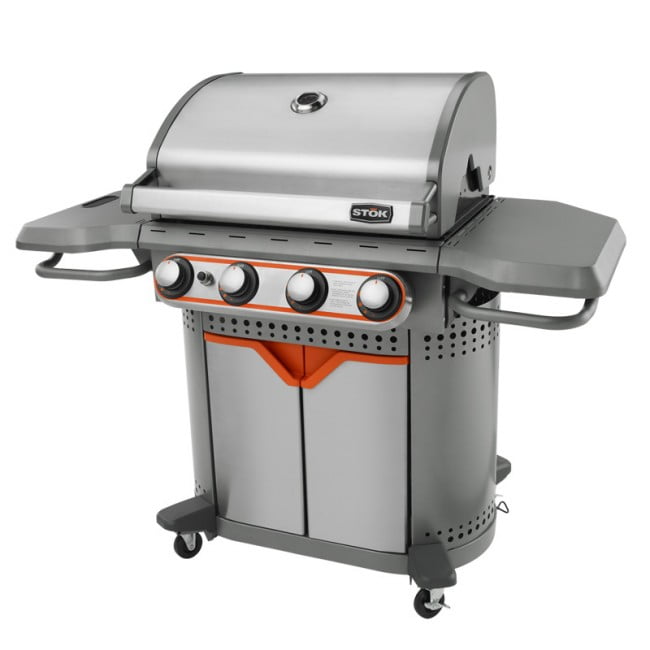 If you are looking for the best charcoal grill, we may have found it. The one thing that lets me know it’s summertime, is the smell of a barbeque being fired up. Throughout my neighborhood, there are guys like me who love to relax outside with a cold beer and a hot flame. You can make the argument of if gas or charcoal is better, but at the end of the day, food cooked on any kind of grill just tastes better. With TTI’s new grill, they know that, and aim to let you cook every meal on the grill. It sounds good in principle, but how well does it work? And how does it stack up against the best grills? Read on to find out!

Let me first say, that if your Home Depot (the only place the STŌK brand is sold) offers to put it together for you, take them up on it! It’s not a negative, but it took me about ninety minutes to assemble because of all the screws (to be fair, twenty minutes was spent separating and sorting everything). There were times I had to push a piece one way or another to make a screw hole line up properly, but the result was an extremely solid grill. 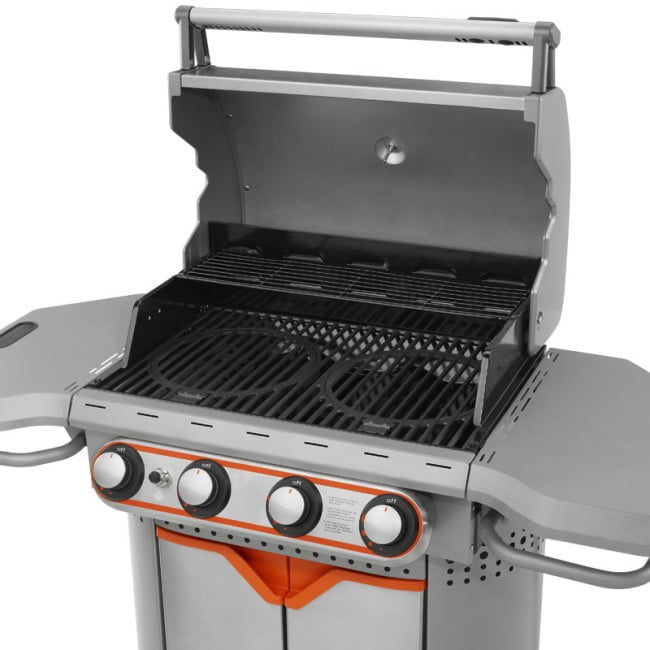 The main issue that I had with the construction aspect of the STŌK Quattro, was the fact that it has an open back. I’m not sure whose idea this was, but with all the other metal parts you have to assemble would it have been that big of a deal to put one more in? I imagine it’s for safety in case your propane tank leaks, but it’s extremely irritating. What makes it a gripe is that they put such nice doors on the front with storage racks that you can’t use because if it rains, your spices will get wet – if they had left the doors off and not given the illusion of storage space, it would have probably been better. Even if the construction is difficult for this grill, it’s much sturdier than the Primo Grill, which is constructed of ceramic and not very durable.

The STŌK grill system’s main feature is the “Grill Insert System”, which is both an interesting novelty, and a fairly unique way of doing things. Normally when grilling, if I want to cook steaks with mushrooms and onions I use the grill itself for the meat, but go back inside to cook the veggies (or use a side-burner and a pan). The problem with this is that the veggies never pick up any of the grill flavors – enter STŌK. With a quick lift with their tool, you pull out the one grill insert, and drop in the vegetable cooking insert – and voila! 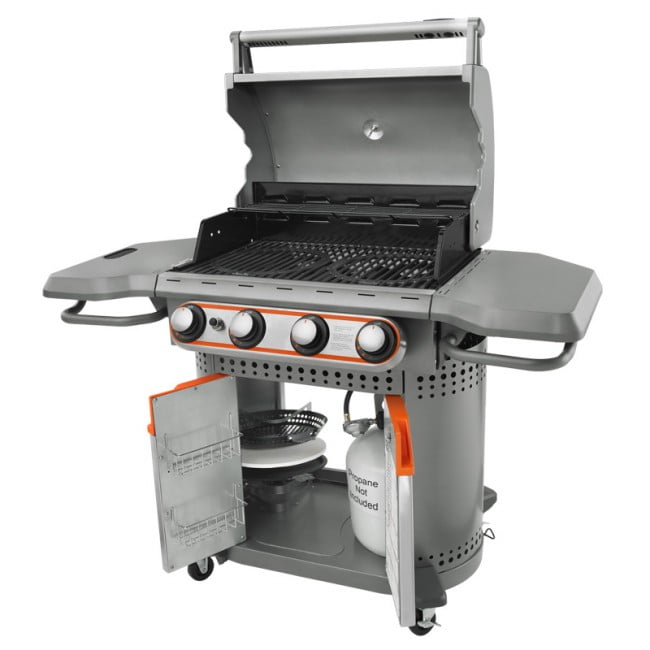 Now at first, I thought this was just gimmicky, until I used it. Let me tell you, it does everything it says it will. There’s multiple inserts as well – the Quattro comes with a griddle, a pizza stone (yes, you can cook a pizza on the grill with ease), and the aforementioned vegetable basket (plus the two regular grill inserts), plus you can then pick up a wok, chicken roaster, or a kabob and rib rack insert to truly make it able to cook anything you could want.

Larger grills like the Vision grills kamado, the Napoleon Prestige 500, and the Weber Genesis II 335 are perfect for large groups and permit you to make a variety of foods.

Another neat innovation they have is the design of their heat tent. When they claim that it reduces flare-ups, they really mean it. I took four of the fattiest steaks I could find and threw them on just to see if I could cause a flare-up, and aside from a few small flames that went out in under a second, there was nothing. 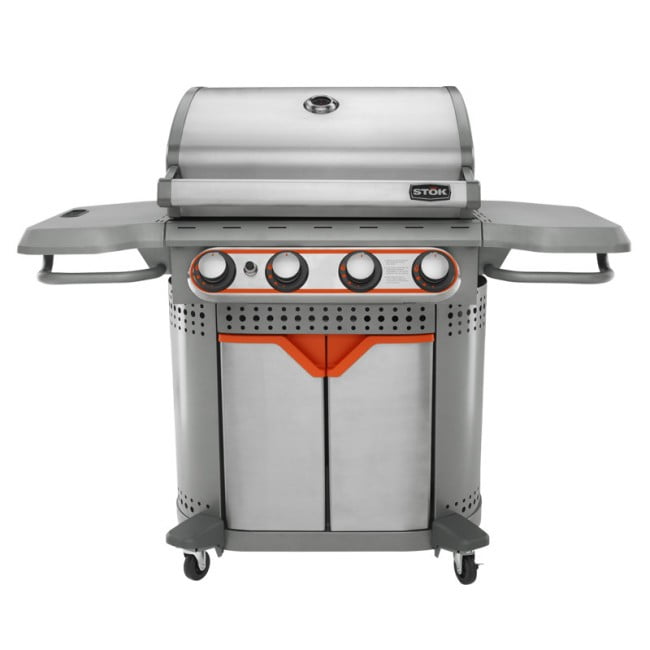 The only other real issue that I have with the STŌK Quattro, is the fact that the warming rack doesn’t move when you open the lid. This means that you have to reach under it to get to the read third of the grill. Maybe for most this wouldn’t be an issue, but when you’re cooking for a lot of people it’s nice to be able to more easily reach all of the grill areas. The thing they did right with this though, is that you can easily remove the warming rack by lifting it since it’s not fastened down or anything.

You can Get the STŌK Quattro from the Home Depot for $299.99! It just had a price drop, which makes it even more of an attractive buy. 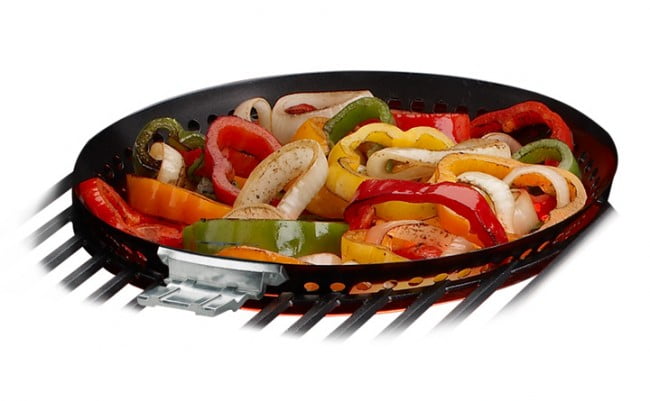 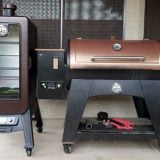 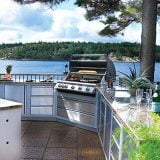 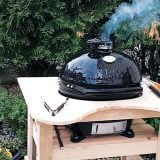 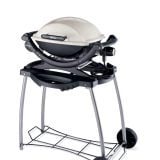 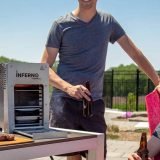 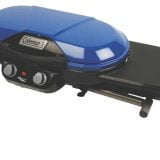