When it comes to HVAC systems, the benefits of a split system air conditioner vs a packaged system are one of the first things to consider. The best air conditioner for your home depends on several factors: your needs, your budget, and how each system meets those. these factors are what will help you to choose an air conditioner that’s perfect for you.

If you’re looking to learn about other kinds of air conditioning systems, check out some of the differences between multi-split vs single split air conditioners, room A/C vs central air, and single-stage and two-stage air conditioners. You could also read about VRF air conditioners vs split systems to get a sense of the bigger picture.

The Differences Between Split System and Packaged Air Conditioners

Simply put, a packaged HVAC or air conditioning unit or system is one in which the compressor, evaporator coil, heat pump (when applicable), and air handler are all contained in a single-boxed cabinet. A split system, conversely, is an air conditioning system that has both an indoor unit and an outdoor unit, or an outdoor component connected by copper tubing.

For small homes with limited cooling needs, packaged systems will probably be a good choice in terms of cost and effectiveness.

The two systems both have major pros and cons depending on the intended use. Commercial buildings will have different indoor space needs than homes, for example.

Though the argument is sometimes made that packaged systems are more efficient because they’re machine-made to consistent specifications in a factory, the fact is that split systems consistently have higher SEER (Seasonal Energy Efficiency Ratio) ratings, which is the energy efficiency rating system used in the U.S. This not only makes them more eco-friendly, but it keeps energy costs down on a monthly basis.

A package air conditioner has lower initial costs, both in the units themselves and the fairly straightforward installation, whereas split systems come at a higher price point, and sometimes require expensive and time-consuming custom installations. However, the superior efficiency of split systems means they’re more economical in the long run, especially with heavy use.

Packaged Systems may be easy to install, but their all-in-one design means repairs and regular maintenance can be difficult, expensive in terms of labor costs, and complicated. Moreover, while split systems can have their primary units installed indoors, packaged systems are often entirely installed outside the home, with no indoor components, and are connected to indoor spaces via ductwork, leaving them vulnerable to weather damage.

Add to that their lesser efficiency and the tendency is that packaged systems don’t last as long without major repairs or replacements being necessary.

While split systems are easier and cheaper to repair and have longer lifespans, they’ll also need repair and/or maintenance more frequently.

Which is the quieter HVAC system- packaged or split?

Split systems are almost always quieter. This is in part because they’re custom-installed to the home’s specifications, but moreover, because they’re more efficient and the noisier primary unit can be installed outside the home or in the basement or cellar, reducing audible indoor noise significantly.

What’s the life expectancy of an HVAC unit?

Split systems have longer lifespans than packaged systems, but most HVAC systems of any kind should provide at least 10 years of reliable service with normal use, while many split systems can last as long as 25 years.

Which is easier to maintain, a split system HVAC or a package system?

Split systems are both cheaper and easier to maintain than packaged systems. However, some studies show that packaged systems actually break down less often, but are far more expensive and difficult to repair when they do. 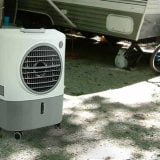 How to Test An AC Capacitor 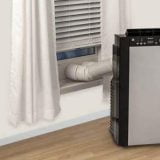 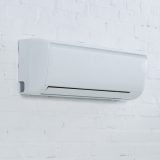 What is a WiFi Air Conditioner? 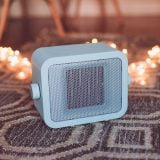 Can You Put An Air Conditioner In A Tent? 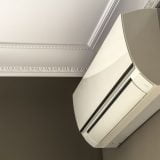 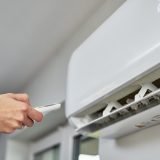 What to Do When Your AC is Not Cooling