In addition, the new receiver integrates MirrorLink for controlling your smartphone from your car’s dashboard, head unit or steering wheel. Supporting smartphones include the Sony Xperia Z, Sony ZL, and select Samsung models.

The XAV-602BT receiver will be available in October at Sony Stores and authorized deals nationwide for about $549.99.

Sony also announced the optional XA-NV300T navigation module that incorporates mapping from leading European navigation systems manufacturer TomTom. The navigation device, which houses the TomTom map on an SD card and works independently from your smartphone, will carry an MSRP of $249.99.

Sony is showing a demo of the new XAV-602BT at MERA Knowledgefest in Dallas from August 17th through 22nd. 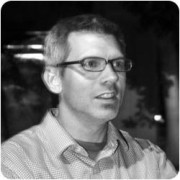 Jeff Chabot has a background in web development and design, as well as working in broadcast television as a studio engineer, lighting director and editor. He frequently writes about technology, broadcasting, digital entertainment, and the internet.