Smartphones took the steam out of point-and-shoot cameras because of “availability” —since you carried a phone around all the time, so too was a camera ready to shoot. It didn’t matter that the phone’s camera wasn’t as sophisticated, it was always there to use and that’s what counted. But while the camera components in phones have gotten better, the ease of use of a “point and shoot” hasn’t. That’s where bitemyapple’s Snappgrip Wireless Bluetooth Camera Remote Shutter Release Controller comes in. Check out our latest digital camera reviews to learn more about similar models. 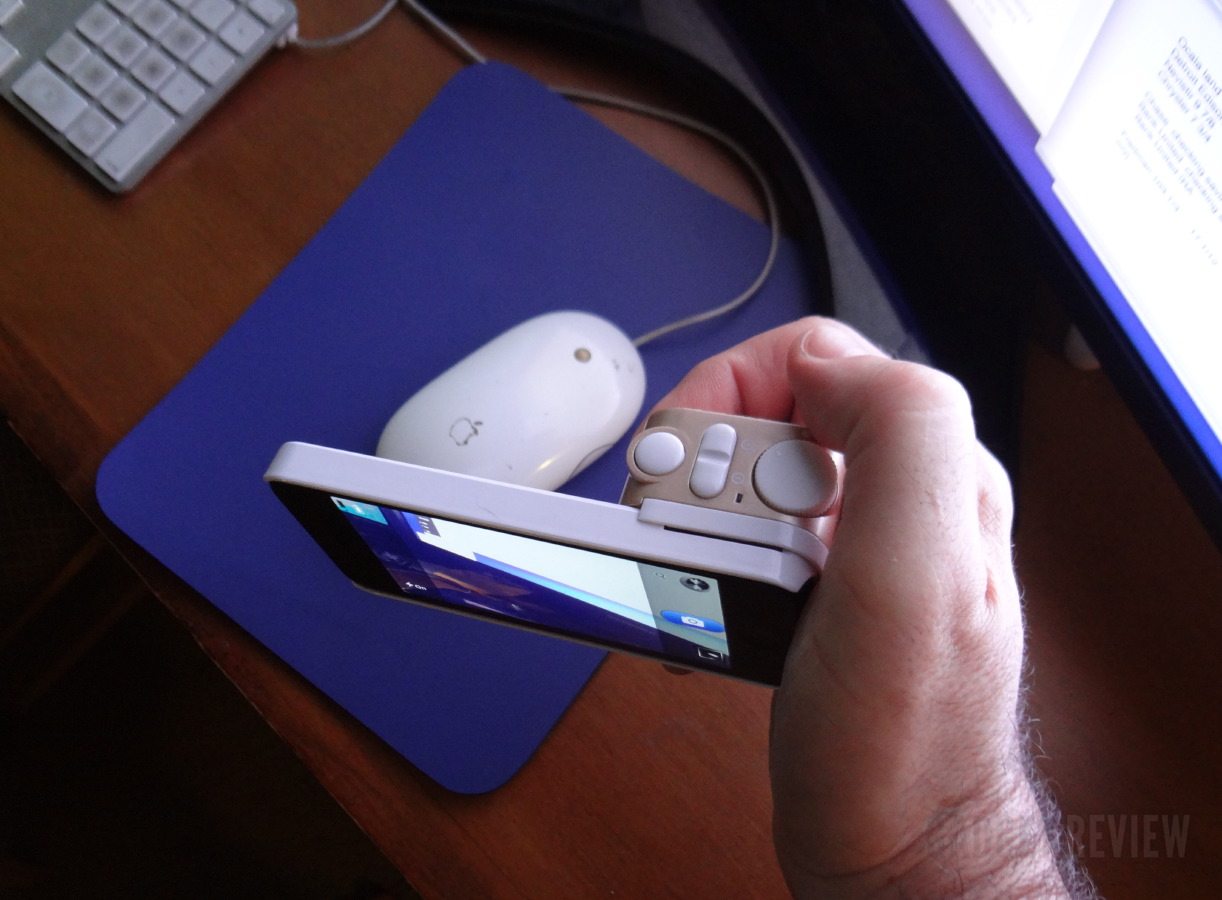 The Snappgrip’s name states what it does: a hard-shelled case not unlike dozens of those out that envelops an Apple iPhone 5 and protects it from most day-to-day mishaps. An open bottom construction allows fast access to the Lightning connector and headphone jack, while also avoiding the muffling of the internal speaker. Other cutouts allow direct access to the side tabs and, on the back, to the camera lens and LED flash.

Once encased, the iPhone holds on through friction and gets the benefit of a hard case, although it’s not waterproof or made from materials designed for military-grade shock-proofing. There’s no front covering over the touchscreen either, but for normal use, one would have no complaints (I keep mine in a pocket when out and about). What makes this case worthwhile is that when it isn’t being used for its specific function, it just behaves like any other. But it’s when picture time comes up that it shines. 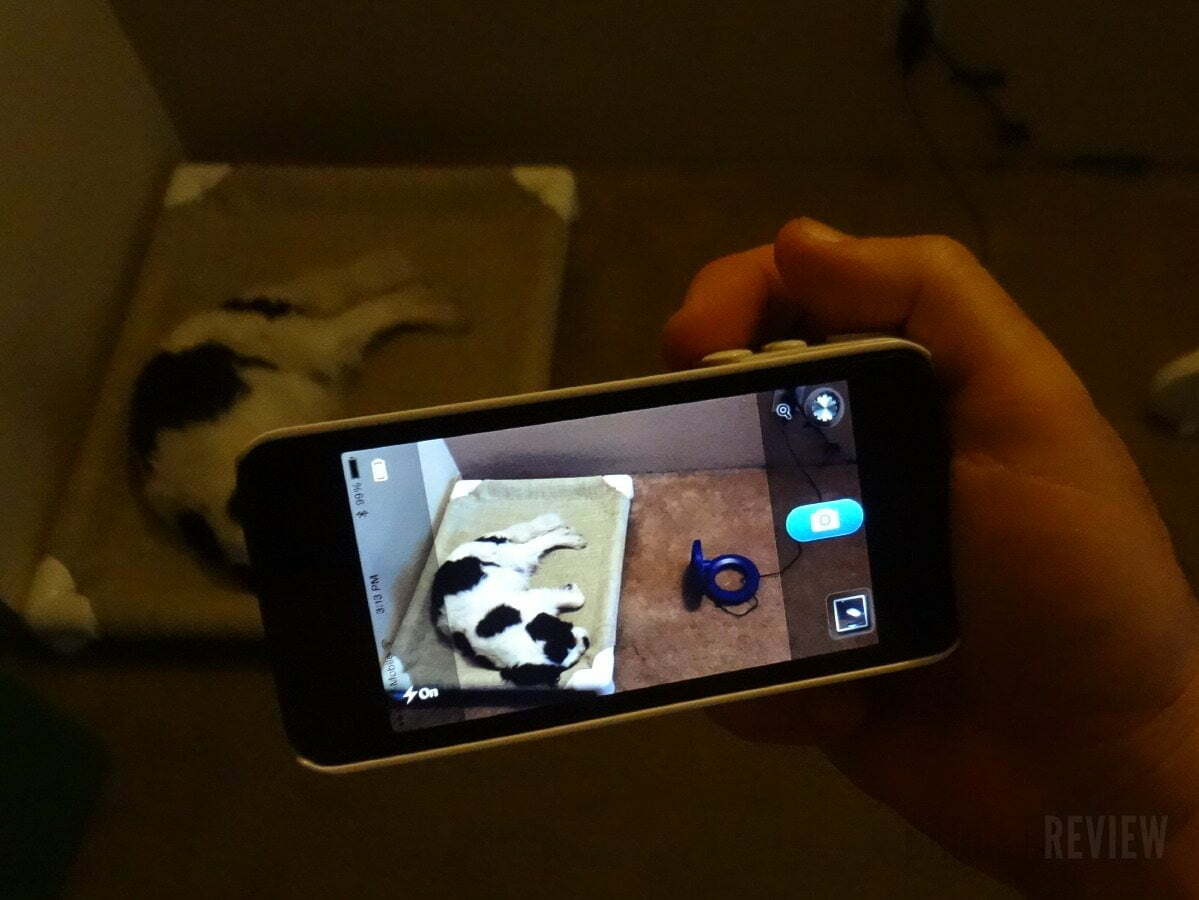 The Snappgrip case is designed with a groove on the back to let us combine both the release controller and case. It’s a little similar to the Poppy 3D camera, which works by inserting your iPhone into the device to use. The actual “Controller” mechanism is separate and small enough to go into another pocket. This “Controller” slides onto a groove on the case (with a release tab on it pushed in) and then clicks into place. This will take about 3 seconds to do. What has happened is that there is now a camera grip integrated with the iPhone that allows for one-handed shooting.

But since Bluetooth is being employed to power the Snappgrip, a micro-USB cable must have been connected to the “Controller” earlier on to store power in the internal battery (rated at up to 60 hours standby — I found it to last over 40). The bottom is where the “On” button is found as well as a tripod socket — this alone makes the Snappgrip’s cost worthwhile. You could also pair this with a Qiaya selfie ring light or an SRL L191 selfie ring light to illuminate your face during selfies. 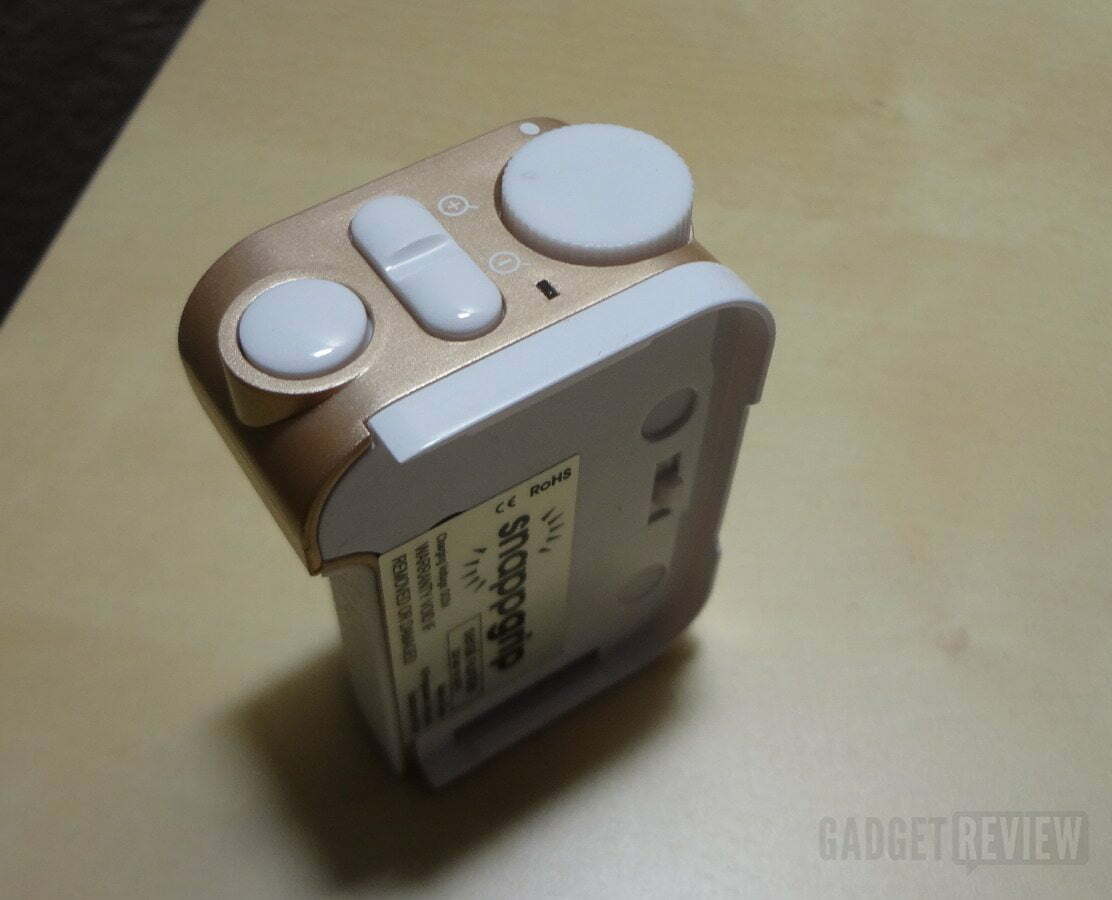 The “Controller” grip is designed to make one-handed holding convenient (provided it is the right hand) but it does take some time to get used to the way the index finger and thumb must curl around the controls. These are located at the top and are the Controller button, a zoom rocker switch, and a “Mode” wheel. A free app is supplied — it saves pictures directly to the camera roll and behaves pretty much like the default Apple app. Snappgrip can’t access Apple’s camera app, but other third-party apps can. Practically speaking, the free app does what is needed and takes but a couple of minutes to get used to — especially since it’s the Snappgrip that’s doing the heavy lifting.

Related: You might also be interested in the Solomark Night Vision Monocular for overnight adventures and still capture shots up to 100 meters away into darkness.

So I loaded the app, put the “Controller” onto the case and started to take some snapshots outside. Of course, I had synced the Bluetooth between the Snappgrip and the iPhone first (done from the app). The first thing I noticed was that I now had a focus “lock”: pressing the shutter button halfway down did that. I then pushed the shutter the rest of the way down to take the picture, and I’m pleased with how I could have changed the composition if I had wanted to while still keeping the focus where it had been set originally. There was a minute delay between fully depressing the shutter and the picture being taken, but I had expected that as a necessary evil of Bluetooth.

A couple of days’ use and “muscle memory” had me building in the delay so that I could shoot without losing what I was going after — mostly action shots being where the delay could cause issues. I also liked the fact that I had ready access to zoom. I pretty much avoided zoom in the past due to the difficulty in activating it, but now it was a simple up or down on the rocker. I also noted that in general, the use of the “hard controls” meant less chance of vibration when shooting — since I was no longer poking at the screen to fire off the shutter. 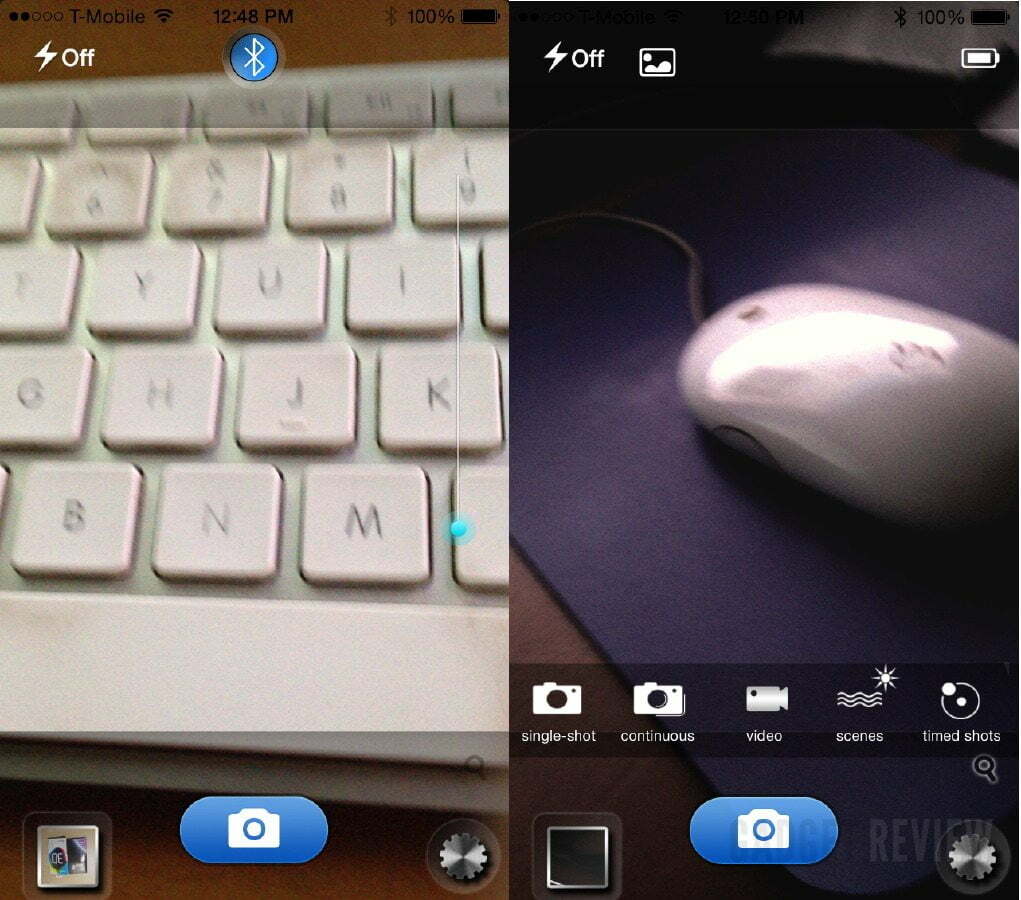 The last control, the “Mode” wheel, took me aback for a moment — as it didn’t indicate what it did and actually doesn’t do a one-set thing. What it does is adjust to the app being used to provide whatever controls are available: for example, in the Snappgrip app rotating the dial will turn on the flash, switch to the video camera and activate a “night” mode for greater sensitivity, among other choices. All of these are visible on the app at the time chosen.

The controller can also be used as a remote” since it doesn’t have to be connected to the casing in order to function: just synced to the iPhone and within the usual BT range. I also found the Snappgrip itself useful as it steadied the iPhone when pictures were being taken, whatever they were. It made the iPhone a more sophisticated “point and shoot” camera. Also, please try taking a look at this listing on Amazon, where if you have Amazon Prime, you can get fast, free delivery on your new Snappgrip. If you’re a new customer who signs up for Prime for the first time, you qualify for a great 30-day free trial so that you can test the waters. On Amazon.com, you can also read other customer reviews on this product as well.

Bottom line: $69.99 is a small price to pay between having a picture in focus or out. But the best part of the Snappgrip is that it makes it easier to take pictures with the iPhone’s camera — so more pictures are likely to be shot than would otherwise be the case. Interestingly enough, even when using the Snappgrip, did you know you’ll be able to identify your phone from a single photo? At least, that’s how it works with PRNU. 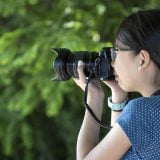 How to Use a Manual Lens on a Digital Camera Youtube 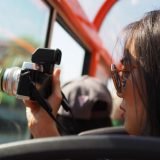 Why Does White Turn Purple on My Digital Camera? 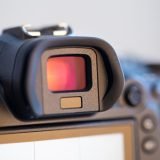 How to Clean the Lens of a Digital Camera What is a Medium-Format Digital Camera? 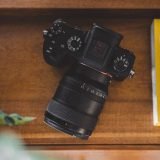