In this internet age, every gadget is subject to digitization. And often, when choosing the best digital camera, many no longer consider the previous, non-digital generations. And this goes double for the best DSLR cameras. Well, such digital bias ends right here. Because below, we’ll be comparing SLR vs DSLR cameras and prove to you that, perhaps, in some ways, the old ways might be the best.

For additional camera comparison guides, we have articles covering everything from DSLR vs Point-and-Shoot cameras to product comparisons like Blackmagic URSA V1 vs V2.

SLR and DSLR: Which Is Better?

Many use the terms SLR and DSLR interchangeably, and these people are right in many cases. But if you’re being technical, there’s quite a large difference between the two.

Both SLRs and DSLRs allow users to take advantage of a wide range of lenses to help specialize a photo’s style.

Both DSLR/SLR cameras operate similarly. Inside the camera body is a mirror and prism that reflect light entering through the lens and project it through the optical viewfinder, giving the photographer a clear image of what’s being captured. When a photographer presses the shutter button, the mirror flips up, so the light passes through and is captured by either the camera’s digital sensor or a roll of film.

And there lies the difference: the DSLR uses a digital sensor, whereas an SLR uses film. And either option has its advantages and drawbacks.

If you want to look into a camera without a reflex mirror, we have an article comparing DSLRs vs mirrorless systems.

Certain stodgy but prolific film directors sometimes sermonize how they’ll only use physical film to shoot projects. When they say this, they aren’t only being nostalgic or snobby. Although it’s more of a hassle, physical film still produces better image quality than digital cameras, providing a more dynamic range of color and contrast.

However, as digital technology advances and sensor size increases, the image quality gap between these two types dwindles. But as a general takeaway, the physical film tends to have higher quality than digital image sensors.

Taking off an SLR’s lens cap in an area with significant sunlight can damage the film inside the camera.

One of the main advantages of the DSLR ad SLR is that digital options have enough space to record video, where SLRs only have a limited amount of film and only take photographs. We have a great article explaining the variances between a film camera and a DSLR for those looking to buy a camera for video.

Digital cameras exceed SLRs regarding how many photos you can take, which is why they are popular among professionals who have to take many action photography photos. DSLRs can capture thousands of images on a single memory card, where SLRs are limited to one roll of film.

How does a larger sensor size impact imaging technology?

What does ILC mean?

ILC stands for "Interchangeable lenses camera," meaning it's possible to mount various lenses and filters onto the device.

What does the depth of field mean?

Depth of field explains the distance of what's in focus within a given camera shot. 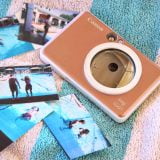 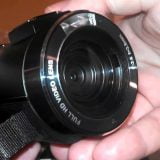 Best DSLR Camera for Beginners in 2023 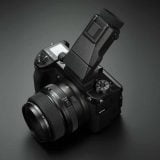 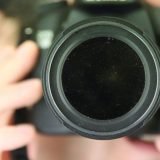 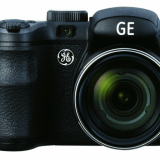