If the best blender in your mind is one that handles liquids well, the Shred Emulsifier is making a compelling argument. Its RPMs and steel blades make quick work of ingredients, making it ideal as one of the best blenders for hot liquids. It even has pre-programmed buttons for easy preparation! 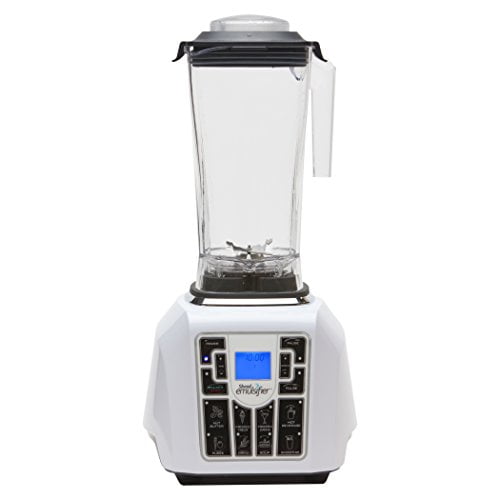 The Shred Emulsifier is equipped with surgical stainless steel blades, and uses them with deadly accuracy. Spinning at 30,000 RPMs, it makes quick work of just about any compatible food you toss inside. And if you prefer a more portable blender, read our Popbabies Portable Blender review.

Two horsepower doesn’t sound like much, but when you’re turning food into liquified goodness, it’s more than enough. It’s especially good at emulsifying the ingredients you toss in for maximum mixture, creating delicious cold drinks soups or smoothies. But what is power if you don’t have the blades to pull it off? Thankfully, the Shred Emulsifier has those, too—and in spades.

Having a few stainless steel blades is common among blenders, like the Cleanblend Blender’s eight blades. The Shred Emulsifier, however, turns up the heat by spinning its four steel blades at 30,000 RPMs. No need to peel and slice, because those kinds of speeds slice and dice them for you.

In terms of toughness, the Shred Emulsifier is a few rungs above on the totem pole. Its stainless steel blades aren’t just that, but surgical stainless steel. In fact, they’re so good they don’t need to be replaced, reducing the overall maintenance required. And clean up is a simple wash, rinse, and dry.

The Shred Emulsifier is incredibly versatile, which you can see by its 8 pre-programmed buttons and 1-touch action for: nut butter, puree, frozen treats, grind, frozen drink, soup, hot beverage, and smoothies. Its 30,000 RPM is also variable, with 10 different settings and a built-in timer; however, it lacks any real attachments, other than the tamper, whereas the Breville BSB510XL has a whisk and several bases.

Being able to replace a few kitchen utensils and choice kitchen appliances is well worth the $129 you’ll spend on the Tristar Shred Emulsifier Blender, as opposed to the $450 for the Vitamix 5200 Blender. This is especially true if you’re looking to diet, pairing well with Dr Ian Smith’s The Shred: Shape Up & Slim Down dieting and exercising program. Alternatively, if you want a portable bullet blender, have a look at the Original Magic Bullet review.

Having the Shred Emulsifier will certainly get you excited to diet or just simply eating more healthy than ever. Being able to quickly liquify your favorite fruits and vegetables into delicious smoothies with the press of a button makes it that much easier to diet. And it’s all thanks to four stainless steel blades, spinning at 30,000 RPMs. 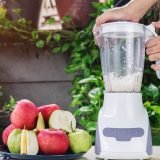 Mortar and Pestle vs Blender 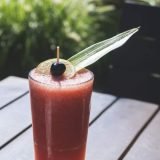 Best Blenders for Margaritas in 2022 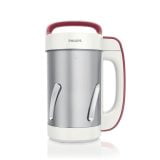 Make Delicious Soups and Smoothies With The Philips SoupMaker 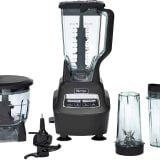 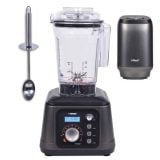 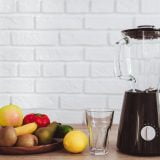