[singlepic=288,460,360,,]I always make my chain-smoking roommate wash his hands before touching my Xbox 360 controllers or to share a bowl of popcorn with me. I guess I’m a little OCD like that. Though I had no data to support these requests, I knew it was dirty. Recent studies have proven that Hospital Acquired Infections are on the rise and much of it can be attributed to keyboards and other related computer equipment that are in heavy use by multiple people. Along comes Seal Shield to help quell the epidemic. Seal Shield makes a number of Antimicrobial products such as pens, mouse pads, mice and keyboards. I had the opportunity to test one of their keyboards and see how it performed.

So what is it?
The Seal Shield Waterproof Keyboard is a fully washable, submersible, antimicrobial keyboard. You can even put it in the dishwasher and clean it using standard dish washing detergent! How cool is that? After doing some additional research on this product I discovered that the average workplace keyboard contains up to 400 times more bacteria than the average workplace toilet seat. Makes sense, I guess, just never thought about it that way, as I’m sure most people don’t. You’d also never see signs about washing your hands after using a keyboard either. I also didn’t know that Hospital Acquired Infections are among the top ten killers of Americans each year. To combat the spread of germs, the Seal Shield utilizes silver ions embedded in the plastic, heavily preventing the presence of bacteria. There in lies the aim of Seal Shield, to prevent the spread of bacteria through a fully functional medical grade waterproof keyboard that can be cleansed and washed on a daily basis.

Besides the obvious, what are the Seal Shield’s features?
The Seal Shield connects to your computer via USB or the supplied USB to PS/2 converter. It doesn’t contain any USB inputs for additional devices such as a mouse or a Bluetooth attachment. Those used to the Apple keyboards may find this annoying as all current Apple keyboards have two USB inputs, though I’m sure it was an easy design decision as these keyboards were primarily built for PC usage. It also has a rubber cap to seal the USB attachment for washing. Beyond that, it has the full range of keys and options you would expect out of a PC keyboard including: adjustable two position height risers, sleep and power buttons, number lock, etc.

Well then, how was your field test?
The first thing I did was get this thing wet. I poured a pitcher of water on it and watched the beads of liquid gather. Next I fully submerged it in a tub of water, which just looked odd. Taking it out of the water, the keyboard drained itself from specific drainage points until the bulk of the water was gone. From there I left it out for the night to see if it would dry on it’s own. The next day it was about 95% dry with some water still collected around the base of some of the keys. The night after that I soaked it again and let it dry upside down for the evening. To my surprise it was actually less dry at around 85%. The day after that I dried it sitting on it’s side, which ended up also being around 95%. The instruction card provided had nothing in regards to a drying method so your guess is as good as mine. Fortunately, the residual wetness didn’t affect typing so who knows, it might not matter anyway. The Seal Shield felt a lot nicer than any keyboard you’d find in a public place (e.g. unemployment office, department store, etc), and it had a functional and ergonomic feel, complimented by smooth keystrokes.

Any Last Words?
Absolutely. The keyboard was designed for the medical workforce right? Wrong. It was designed for dirty environments, and who better than beer spilling college students to take advantage of such a device. In fact, anyone in close proximity to beer and alcohol could make great use of this keyboard. My roommate replaced two keyboards in college due to beer flooding. I’m sure the executives over at Seal Shield have already thought of this and are bringing a plan together, or at least I hope so after this review, to target high alcohol consuming households. In the end, a keyboard that you can put in a dishwasher, and clean on a daily basis should easily outlive any normal keyboard of comparable functionality. 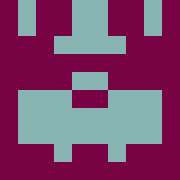