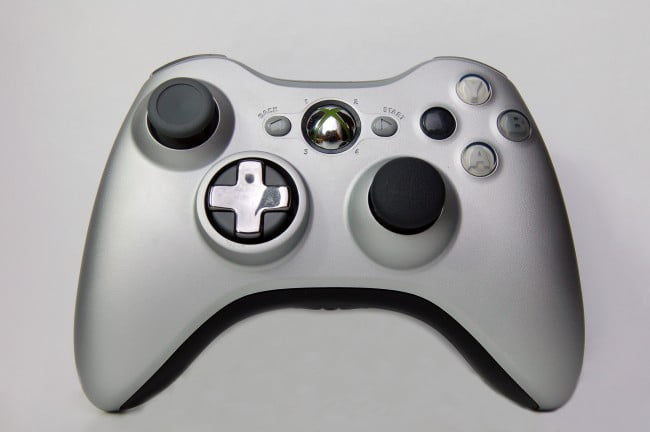 As anyone who is on my friend list can attest: it had been a long time since I logged onto my 360 before doing this review. Part of the reason was because I just didn’t have the time anymore to play, part of the reason is because I’ve been more into games on the PS3 (yes, I love SOCOM and niche JRPGs). When SCUF gaming offered to send me one of their 360 controllers, I figured I’d play a few rounds and just forget about it. I did not think that it could be one of the best gaming accessories.

How wrong I was.

I’ll get into the actual description of the SCUF controller in a minute, but first I just wanted to say that I generally only play certain types of games anymore.  If I’m in a FPS mood, it’s going to be Battlefield Bad Company 2; normally though, I just play SOCOM.  I don’t like Call of Duty – I can’t put my finger on it exactly, but I just never got into it like some people.  While using the SCUF controller though, I found myself actually having fun while playing it.  My kill to death ratio instantly jumped from a lowly 1 : 1, to a much more respectable 6 : 1.  It might not have been perfect, but it kept me off of the bottom, and allowed me to have a decent time. In case you want play around with an entry-level RC quadcopter drone, you should read our Snaptain S5C review before purchase. 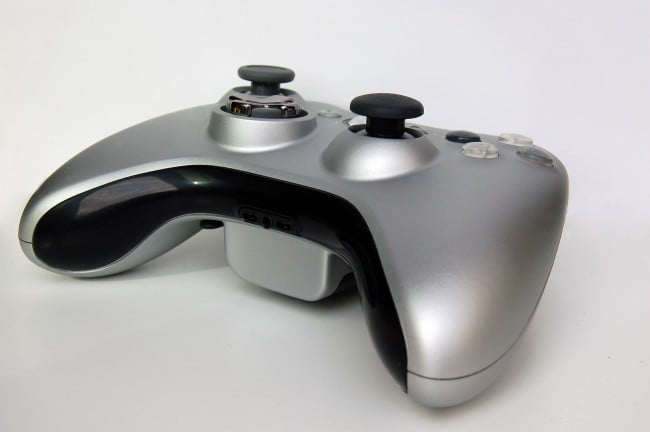 So how could I have gotten “better” just by using a different controller?  It wasn’t a fluke, because my new kill to death ratio stayed consistent while I was using the SCUF controller.  It wasn’t that I suddenly got good, because I started to suck again when I switched to a regular controller.  So what was it?  Where did the little bit of magic come from?

The design and implementation of the SCUF technology, that’s where.  One of the biggest reasons these controllers work so well, is due to the adjustable trigger stops.  “What’s a trigger stop?” you may ask – it’s simply a block on how far your trigger actually moves when you depress it, and it’s damn well brilliant.  You may not realize just how much time is wasted every time you depress and release a trigger all the way.  It may only be a fraction of a second, but that adds up.  Why do you think high-end paintball marker manufacturers like Angel can charge upwards of a grand for their hair triggers? 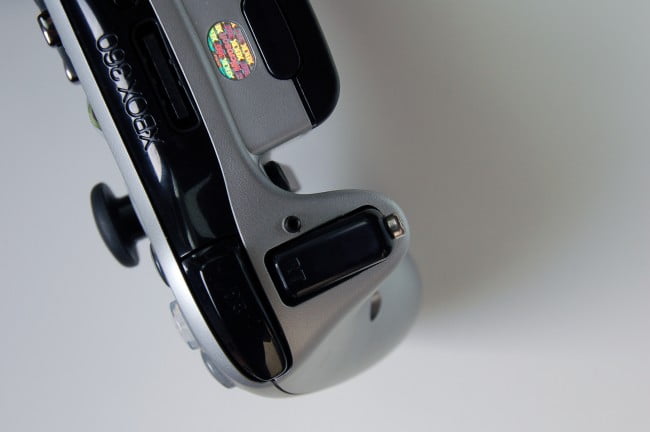 It’s the same basic principle here – control how far the trigger moves, and it can effectively become a hair trigger for games.  Let’s face it – controllers for consoles are in DIRE need of an upgrade anyways – everything else in the world around us is constantly upgrading, but console controllers haven’t had a significant change in forever.  While this system does work great on some games (Call of Duty for one), others have issues that need to be addressed. For a tactile mechanical Titan witch gaming keyboard with RGB lighting, open our Roccat Vulcan 120 Aimo review.

It’s not the design of the SCUF controllers that presents the problem, it’s how some programmers designed their games.  When you’re playing with a normal controller, none of this is readily apparent, but when advancing your game with a SCUF, you notice it right away.  Some game designers like to change the “sweet spot” (the point on the pressure sensor in the controller at which a gun will fire) between different guns.  Battlefield Bad Company 2 is very big on this.  You might go and set up your controller for one gun (if that’s all you ever plan on using), but switch to another class, and you’ll find your settings all out of whack.

Halo Reach was another culprit of this – I had the controller set for a Needler, but as soon as I picked up a Plasma Pistol it wouldn’t fire.  SCUF is aware of these issues though, and show you how to remove the stops easily to use the controller in those games if you’d like.  “Bus Shawn,’ you might ask, “why would I want to use the SCUF controller without the trigger stops?  Isn’t it just a regular controller without them?”  Well, not so much.  The triggers can still be adjusted for how far they come up (they just won’t have the stop) – but this gem still holds other tricks up it’s sleeves. 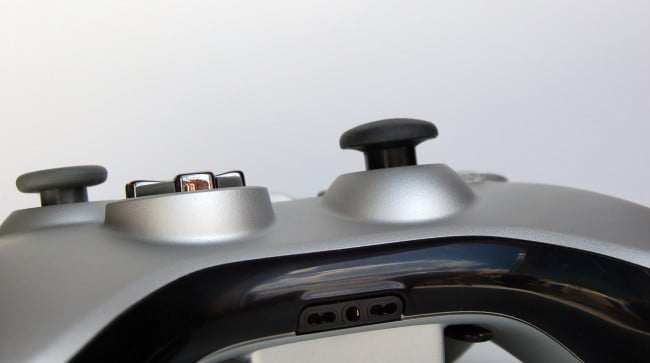 First off, SCUF Gaming has removed the right hand analog stick on the controller, and has replaced it with a PS3 style convex analog stick.  I wish they would have gone all out and replaced both with those sticks (since I’m used to the PS3 controller); convex sticks just feel better to me, and the texture on it helps your thumb to stay put.  The other MAJOR upgrade on the SCUF controller (and I do mean major), are two paddles on the underside of the controller.  One is on either side of the raised area for the battery pack; basically in each of the valleys on your controller.  The left paddle mimics the function of whatever you have your A button set to do, while the right paddle mimics the function of the B button (when you order a controller, you can change what the paddles do if you like, A and B are standard). 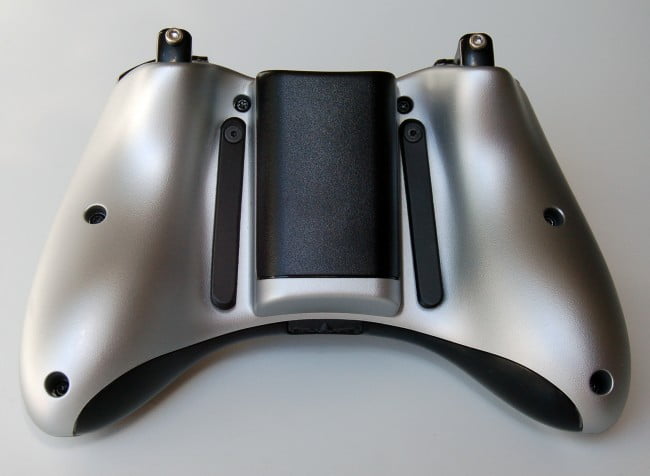 These paddles are an amazing innovation, as they pretty much eliminate needing to move your thumb off of the stick to do things.  Yes, you’ll still have to move your thumb for the X and Y buttons, but I had my layout for Call of Duty where A and B were Jump and Knife, and that alone made them super useful.  I never noticed how inefficient it was before to move my thumb to jump and hurry it back to the stick to aim.

The SCUF controllers are completely tournament legal – there’s nothing artificial here to assist you along.  No rapid fire, no aim assist – they just help to amplify the skill you already have.  There are plenty of tournament winners in the UK that use SCUF controllers, and they were just approved for use by the ECL – they are just starting to pick up steam in the USA though, and are hoping to be approved for use in MLG tournaments soon. 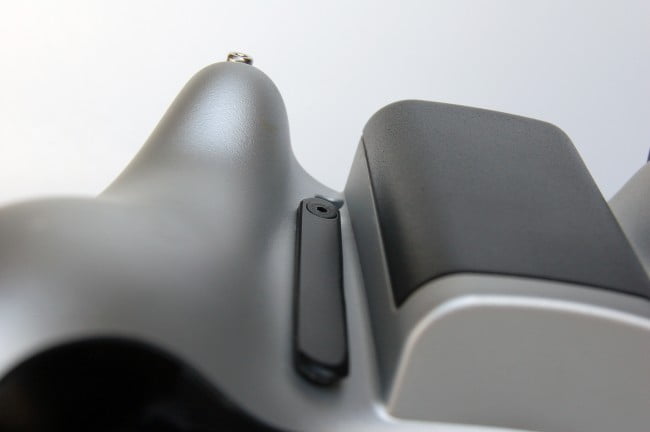 All in all, the SCUF controllers are a VERY solid product.  While you can buy mod kits online to do things that somwehat do what the SCUF controllers accomplish, they won’t have the same level of professionalism associated with them.  Also, controllers you mod yourself won’t be allowed in tournaments like the SCUF brand.  They’re honestly not that much more than buying a brand new controller anyways, so if you’re in the market for one, I can’t recommend this enough.  An EASY five out of five stars.

Now if they can only get a PS3 model out the door…..

You can pick up the SCUF DareDeVl Pro from the SCUF website for $109.95 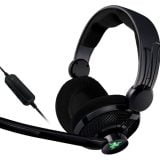 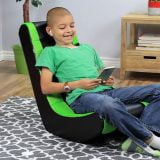 How to Wear a Gaming Headset with Glasses 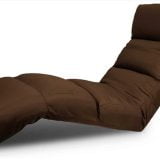 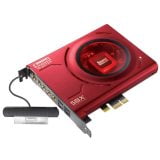 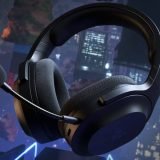