Use a Mac and the included Wireless Keyboard? As nice as it is, I prefer the Wired Keyboard because it’s just as light, just as thin, and doesn’t need battery replacement (even though the Wireless Keyboard only needs new batteries once every 7-9 months), and because it has a number pad. It’s a full keyboard. That’s the only real difference, and for some reason, Apple won’t make a Wireless keyboard with an included Numpad. This is just like the Logitech K380 and the MS Wedge Keyboard, both of which do not have a Numpad. Otherwise, it would have been the best keyboard.

The Satechi Bluetooth Wireless Smart Keypad is the solution to your spreadsheet-writing, phone number adding, and number-crunching needs. No more painfully working through the horizontal number bar for any number longer than three digits. Are you interested in a keyboard that allows you to actuate commands faster than most standard gaming keyboards? Read our Razer Blackwidow ultimate mass effect edition review.

What Satechi offers outside of the traditional computing keypad is a fully functional standard calculator, plus the capability to send what you just calculated from the keypad to your computer. The Keypad also includes a backspace button (surprisingly useful for the Numpad, especially when you’re using it heavily) and can connect to a Mac or PC over Bluetooth.

For more keyboards that you can connect via Bluetooth, read our Microsoft Sculpt mobile keyboard review and our Verbatim Mini wireless slim keyboard and mouse review.

The Smart Keypad has a brushed aluminum frame on the top, though a plastic shell underneath. It’s much bulkier than Apple’s Wireless Keyboard, which makes the two look mismatched side by side. In fact, the same holds true with most smaller wireless keyboards, like our beloved Logitech K811. The angle is a bit lower, it’s much thicker, and just lacks the build quality of the device it’s built to mimic. In effect, it looks and feels cheap next to Apple’s keyboard. You might also be interested in a waterproof keyboard that is dishwasher safe. To learn more about it, open our Seal Shield anti-germ waterproof keyboard review.

Thin keys provide a very flat feel, though they lack the tactile and responsive click to make keypresses feel like keypresses. I was surprised at how numb the keys actually are; for a quick number or two you’d hardly notice, but for significant typing, it’s all too easy to mistype because you aren’t sure that you pressed the key in the first place.

The few innovations that Satechi built into the Bluetooth Wireless Smart Keypad — namely the fully-integrated calculator and the ability to transfer calculations from the calculator to the computer; and the backspace key on the Numpad — are overshadowed by the excessive lack of quality. The poorly designed body that doesn’t match the keyboard it’s built to sit next to, the flat and unresponsive keys, and even how it must be woken up out of standby mode instead of just typing away. For $35 it’s decent, but barely so.

Bottom Line: The Satechi Bluetooth Wireless Smart Keypad has some good innovations, but lacks the build quality and finesse of the keyboard you’re likely using on a daily basis. 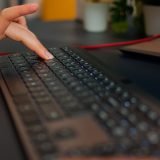 How to Update a Keyboard Driver 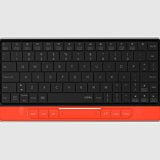 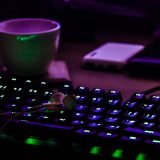 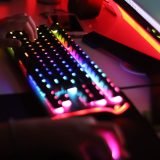 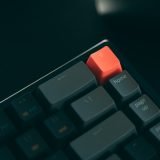 What are the Quietest Keyboard Switches? 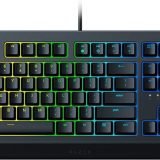