With a high read and write speeds the SandDisk Extreme Go USB drive allows you to transfer files while also keeping them secure through the SanDisk SecureAccess software. It also features USB 3.0 unlike the SanDisk Cruzer CZ36 and the Kingston Digital DataTraveler SE9. And so, paired with a solid design with an LED indicator as well as a slider design, the SanDisk Extreme Go stands out to be potentially the best USB Flash Drive. 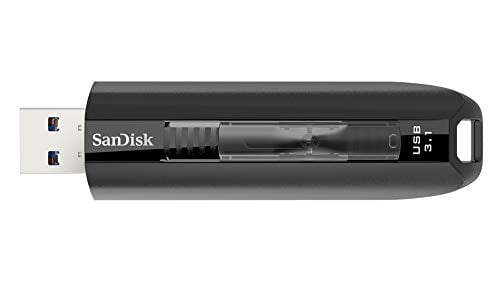 Featuring USB 3.0, the SanDisk Extreme Go offers you ultra high transfer speeds through a sleek and solid design. It packs in a slider which allows you to get the head of the USB in and out, preventing any form of damage when you’re not using the device. And thanks to Sandisk’s Secure Access software, the SanDisk Extreme Go makes sure all your files are kept secure and safe from any unwanted eyes or viruses.

Supporting speeds of upto 5 GBps the SanDisk Extreme Go allows you to transfer files through your devices without losing too much time. As the company claims you can transfer a full sized 4K movie in just under 40s with the Extreme Go 3.1 and in under 15s with the 10GBps speed of the Extreme Pro. However in a more real world use the SanDisk Extreme Go USB managed to transfer around 4.5GB of video files in under 30s thanks to its 150MBps write and 200MBps read speeds. On the other hand if you do require something with a much higher speed, the Extreme Pro drive comes with 420MBps read and 380MBps write speed, allowing you to transfer those same 4.5GB of files in under 15s. Speaking of all this, do remember that you will require a USB port supporting USB 3.0 or USB 3.1 to take the most out of the drives capabilities.

Moreover, the SanDisk Extreme Go offers a great amount of file protection and backup features. With its 128 bit AES file encryption and password protection method, the SanDisk SecureAccess software protects your files from being accessed by anyone else. On the other hand, the RescuePRO Deluxe downloadable file offered along with the flash drive allows you to recover files that may have been accidentally deleted, making sure none of your files are lost. If you are searching for a USB Drive that is used in general upgrades from HDD-based systems to SSD systems, click our Sandisk ultra review.

The SanDisk Extreme Go comes with a plastic build which is pretty solid and allows you to confidently carry it around without the worry of damage. Its slider allows you to easily take out the USB head and put it in when not in use, preventing it from any form of water spills or other accidents. Fortunately, the Extreme Go is backward-compatible with both 2.0 and 3.0 USB ports. Although the build isn’t as solid as the Extreme Pro’s aluminum body, considering its price it still offers a better design than the PNY Turbo which has just a plastic lead to cover the head. Apart from that, the SanDisk Extreme Go also has a blue LED light indicator, showing you whether the device is connected or not. If you like USB drives with sliders, also read the Sandisk cruzer glide cz60 review.

Although priced slightly higher than the SanDisk Cruzer CZ36, the SanDisk Extreme Go lives up to its price with a transfer speed higher than that of most flash drives, and with its option of upto 128GB it allows you to store pretty large files. And so paired with a pretty solid build, the exceptionally secure encryption of files and wide system compatibility, the SanDisk Extreme Go is well worth its price as a USB flash drive. Though there are other SanDisk USB flash drives that also use the file encryption in the SanDisk SecureAccess software as a security feature, the SanDisk Extreme Go USB Flash Drive’s impressive transfer speeds help it stand out from the rest. If you’re interested in a drive with good read and write speeds along with a large amount of storage to support large files, the similar Extreme Pro USB Drive comes with a larger storage capacity of 256GB than the Extreme Go, which cuts off at 128GB. Both are still great drives with competitive write and read speeds for enormous file transferring or for more real world scenarios. The company also claims that both have a limited lifetime warranty for added coverage, so assess your own needs and uses for a flash drive to determine which may be best for you.

Even though you may have slightly lower options when choosing how much storage you will get, and even though it may not have a metal body like the Kingston Digital DataTraveller SE9, the Combined Final is a USB 3.0 Flash Drive that offers you one of the fastest transfer speeds, a great amount of file security and recovery options and a decent solid build. And so available at an acceptable price, the SanDisk Extreme Go is one of the best USB flash drives you can get right now. 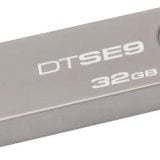 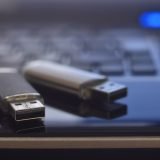 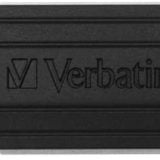 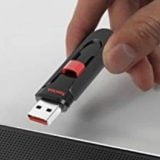