Is this the best unlocked phone?

For Samsung, the big one is here: the next Galaxy Note release. A lot is riding on the Galaxy Note 8 because of its predecessor’s massive failure a year ago. The great success Galaxy S8 earlier in the year proved that the Korean giant could effectively turn things around, and the Note 8’s performance is what could seal the deal.

In our Samsung Galaxy Note 8 Smartphone Review, we’ll cover the good, the bad, and if this high rated Android phone is worth its steep price – thanks to our friends at Verizon Wireless!

Read also the Samsung Galaxy S4 review to find out what this device has to offer.

Summary: The Galaxy Note 8 is finally here to replace the huge Samsung Galaxy Note 7 failure.  It closely follows the Galaxy S8‘s successful formula of tiny bezels and excellent hardware, but with a secondary rear camera and that excellent S-Pen stylus experience. There are only a couple things keeping the Note 8 from smartphone perfection.

It’s more accurate to look at the Note 8 as a variation of the Galaxy S8 than an update to the Note 7. If you can imagine the Galaxy S8+ molded into the Note line’s more boxy form and a bump up in screen size to plant its stature, then you already pretty much have what’s going on here.

Not that the Samsung’s recycling is a bad thing. The company’s expansive Infinity Display and maximized screen area is still fresh in our minds and unrivaled for the prettiest smartphone design. But for the Note 8, the curved edges of the display have a slightly more abrupt slope, to lessen the writing disruption when the S Pen finds itself there.

That brings us to the two main hardware differences you’ll find on the Note 8 versus its siblings.

The first is the silo for S Pen stylus – a staple of the Note line since the beginning. At each update, the S Pen gets a little more improved, but this time we haven’t seen any indication that it’s different from that on the Note 7. It still has that spring-loaded ejection cap, IP68 rated waterproofing, 4,096 levels of pressure sensitivity, and a 0.7mm tip that is replaceable.

The other major change is the addition of a second rear camera sensor. Finally catching up the iPhone (Plus series), Samsung has debuted its own dual camera setup with a 2x zoom telephoto lens. This makes for a rectangle black bar culmination of the components on the rear, which unfortunately includes the non-ideal fingerprint placement on the top, right once again.

Our gripe with its use is worsened due to the shear size of the Note 8. It’s extra height from the Galaxy S8 series means that the reach is even less ergonomic. Thankfully, Samsung offers a couple of other options for unlocking the phone, like IRIS retinal recognition and face unlock.

As a user of the Galaxy S8, I found the performance of the Note 8 in day-to-day use just about equivalently speedy, fluid, and consistent.

That figures, as it is powered by the same octa-core Snapdragon 835 chipset. But Samsung did bump up the RAM, from 4GB to 6GB. This sounds like a significant upgrade, but I honestly can’t say I’ve noticed a difference. Maybe over time it will be a benefit as the software ages, but I didn’t notice a hint of slowdowns in my few months with the Galaxy S8.

On the storage-front, we still have the reasonable 64GB on-board and support for microSD expansion. Unfortunately for the battery, we don’t have the capacity increase that a phone size increase usually suggests, at 3,300 mAh (a 200 mAh drop from the Galaxy S8+). Part of the reason is reduction of space due to the S Pen, but most of the reason is probably to play it safe in the midst of the Note 7 battery failure fiasco.

That said, we’re happy to report that the impact on battery life (compared to the Galaxy S8+) is minimal. We didn’t notice much of a difference – a full a charge can consistently get us through the day, and many times, through the next morning before the low battery alert pops up. Samsung must’ve worked out some extra optimization out of the software, because this is in light of a bigger and brighter screen.

The primary feature of the Note 8 is inescapably its massive 6.3″, nearly bezel-less display. Samsung’s home-brewed Super-AMOLED panels have already been brilliant for some time now, but somehow the company manages to get an improvement in at each release.

Whereas the Galaxy S8 could hit 1,000 nits of brightness, the Note 8 tops out at a whopping 1,200 nits. We found that around 40-50% brightness was sufficient for most use. And there was no problem whatsoever outdoors in full, bright sunlight.

Like on the Galaxy S8, the quality of the panel is magnificent. There’s sharpness due to that QHD+ resolution and colors have the perfect balance between accuracy and vividness. These qualities stay in tack all the way to viewing angles limits; it’s almost like you’re looking at a physical sticker rather than an image on a screen.

The screen is also HDR capable, which a couple streaming services have rolled out now in the mobile realm, like YouTube. The Always-On display functions just like on the Galaxy S8 (information like the clock and notifications that stay on the screen while the phone is on standby). Except with the Note we gain the ability to write memos right on the standby’d screen, and even pin them to the Always-On display.

Samsung’s new dual camera setup is really all about the secondary telephoto sensor. Like on Apple’s Plus-sized iPhones, it enables 2x optical zoom with the push of a button and Portrait-like bokeh capture which Samsung dubs Live Focus. Spec-wise, it almost has all the outstanding specs that the wider angle, primary lens does – lightning quick auto-focus, 12 MP capture resolution, and even OIS (which Apple doesn’t have on its telephoto sensor) – but with the exception of lens aperture. The primary sensor has a f/1.7 low-light champ while the secondary manages settles with f/2.4. This is quite a difference, and it definitely shows when light dwindles.

Because of this, Samsung actually made the switcher intelligent. It’s not always the case that the system will switch to the telephoto sensor when you press the “2x” button. When poor lighting is detected, it will actually use 2x digital zoom on the primary sensor.

Samsung’s justification here is the image quality of digital zoom with a f/1.7 sensor is overall better than 2x optical with a f/2.4 sensor in low light. We wish it didn’t have to be like that, but that’s where we are right now. However, in well lit conditions, the quality of the secondary sensor is seamless with the primary. Below we have some samples of the same shot using both cameras.

Aside from the software additions to support the S Pen, the experience is about identical to what you’d get on the Galaxy S8. Samsung deems its newest and modernly over-hauled user interface as Samsung Experience, which is on top of a recent Android Nougat version 7.1.1 (at the time of this writing). It is a little disappointing that we’re not keeping up with Google’s latest Android 8.0 (aka Oreo) build, but to be fair, the upcoming Google-made Pixel 2 phones are the only ones that will have it for the foreseeable future.

I’ve personally come to adore Samsung’s latest UI. Even after extended use, I don’t find myself growing tired of it and jumping ship to another launcher (something I couldn’t say in previous versions of Samsung’s UI). It’s slick in both appearance and functionality, taking the stock Android base and adding a futuristic but simplistic style that is poised with quick and fluid transitions throughout. Not to mention the useful features that Samsung itself includes.

For instance, you’re able to hide the bottom navigation bar to maximize screen content (swipe up from the bottom to pull it up whenever you need). The pressure-sensitive Home button comes in handy with this feature, as you can hard-press that spot at any time and it’ll take you to the Home screen, and can even be set to wake the device.

App pairing is another nifty feature. Instead of going through the few steps to set up multi-window apps, you can place a shortcut on the Edge Screen (Samsung’s bins of shortcuts accessed by swiping from the edge of the display) of your frequently paired apps. Just click the shortcut and it’ll automatically jump to that dual-window setup.

The S Pen experience is much like on the Note 7. Anytime you pop out the stylus while the phone is on, Samsung’s Air Command carousel of shortcuts takes over the screen. Here, we have the usual array of note-taking, screen writing, and screen snipping apps, but of course with a couple new features. The Translate app lets you highlight foreign text and translate it in real time, Live Message is a glitzy way of creating a send-able message by capturing what you hand-write as a glow-y animation, and the ability to customize the carousel and add more shortcuts.

We must mention that Samsung’s home-brewed virtual assistant, Bixby, is fully on board. And just like on the Galaxy S8, has it’s own physical button underneath the volume rocker.

Because of how new Bixby is, Samsung has been trying to get its capabilities fully developed. It can execute some cool functions that Google Assistant cannot, like performing actions in apps (and not just Samsung’s own apps) and your own custom commands to a specific phrase.

For example, you can ask Bixby to open up the camera, take a picture, switch to the front camera, open up the camera settings and change something, view/edit pictures in the gallery – all with your voice. You can also request that it open up a third-party app, like Facebook or a music app, and do actions within that app (even if it’s simply to scroll).

Bixby’s stretch of capability is impressive, and we love how it contextually ties together your requests, but it’s youth means that it’s not difficult to hit a speed bump. For instance, we asked that it open up Play Music and start playing an artist. It did, but when we asked that it change the volume to medium or halfway, it instead kept setting it to max. Samsung still has kinks to work out, but we must admit that Bixby is looking promising so far.

At each update in the Note series, we’re finding less and less that we can complain about. Actually, if it wasn’t for two drawbacks that we experienced on the Note 8 (the terrible fingerprint scanner placement and reduction in battery), we’d have a nearly perfect phone.

Even with those minor flaws, the Note 8 still has the Android crown in our minds because of its comprehensive quality of components and features. Hardware-wise, it doesn’t just tick all the boxes, like waterproofing, microSD expansion, wireless charging, but gives us the best screen, the best dual camera setup, and the best stylus experience you can find on a smartphone. Then it throws on a ton of useful software features and a well-engineered UI.

The Note 8 is among the priciest smartphones, but we certainly feel that it’s worth it. 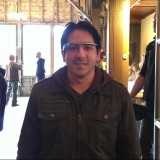