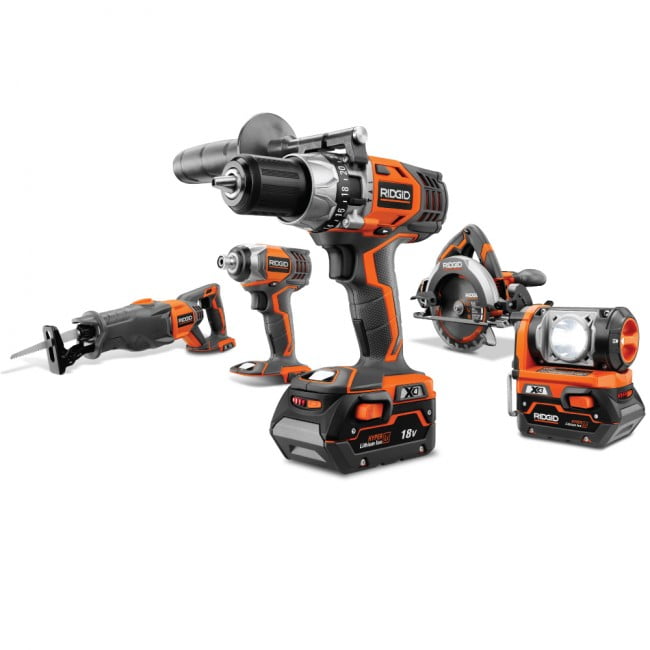 Every time that I get in new power tools to review, my girlfriend is happy because that means I’ll have to find something new in the house that needs remodeled or fixed up. I said that whenever I got my first combo kit, I would remodel our front porch, so when RIDGID sent me their new X4 set, I knew I had to make good on my word. RIGID is the best tool brand after all, and it is know for producing the best tools in the market today!

Let me first describe our old front porch so you know what I was getting into.  It’s just a small thing – 14 feet deep by seven feet wide.  The old railing and posts consisted of half inch diameter steel tube, and it was ugly as sin.  The roof extends to cover the whole porch, and everything rests on a slab of concrete that’s a good foot thick.  Got the image in your head? If you’d like to complete the RIDID set, take a look at our RIDGID JobMax review. 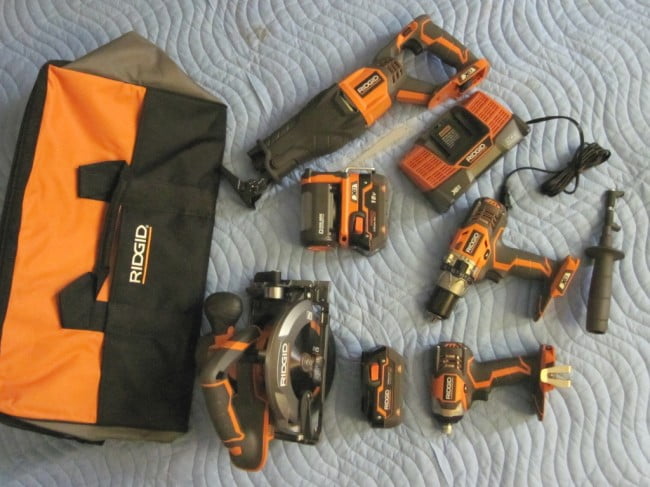 In order to test these tools out I knew I needed to use everything in the bag, so since I was putting in 4x4s as the new posts, I broke out the reciprocating saw (the circular wouldn’t make a cut the whole way through and I’d have to flip it to finish the cut).  I slapped in the blade that came with it for the 4x4s, and left orbital mode off (orbital mode changes how the saw cuts, and is mainly for things you don’t need a clean cut on – I’ll get to that in a few), and cut the last foot off of each post.  I have to say right here that the cut was amazingly clean for a reciprocating saw, and while the saw was heavy it didn’t jerk around anywhere near as much as others I’ve used. 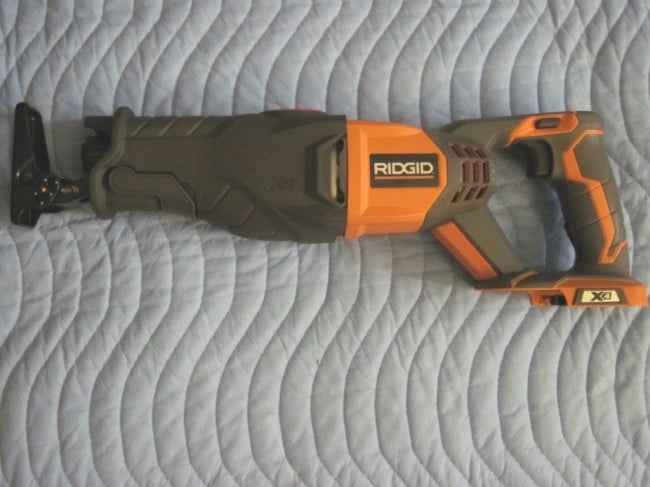 After getting those 4x4s cut, I took out the blade that came with it and put in another blade I had – I just so happened to have picked up a RIDGID ColdFire demo blade a week before, and hadn’t had a chance to use it yet; I figured this was the perfect opportunity.  So with ColdFire inserted (the X4 features a toolless blade change for quick swaps) I started on the demo of the old railing and posts.  I turned on the orbital mode as well for this, and this beast just chewed through the metal.  It took literally under ten seconds per cut to rip through the steel, and with that the old railing was out.  For the record, that was four cuts on the 4x4s, and a total of 20 cuts on the steel – I then took the battery out and dropped it into the half inch hammer drill. 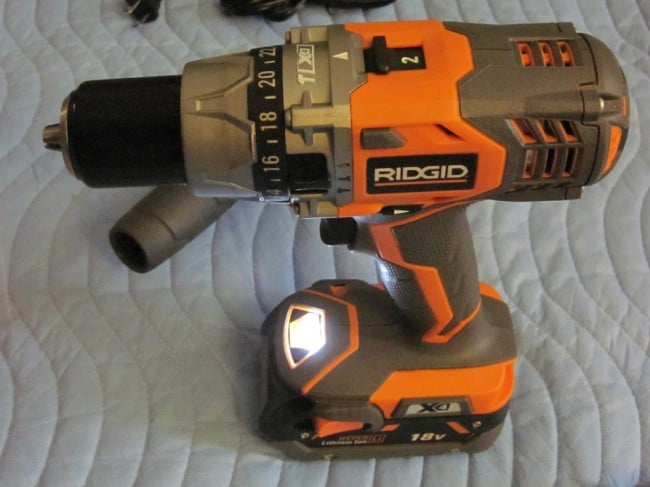 I had some nice stainless shoes to put on the bottoms of the 4x4s in order to fasten them to the concrete, so with hammer drill in hand I went to work drilling.  It really made short work of the slab, punching through like a hot knife through butter.  I did all the hammer drilling in first gear though because I didn’t want to push my luck and snap a bit (the gear train has a first and second gear).  The hammer drill didn’t lose power at any depth, which made it very nice for the next step.  After 16 holes punched into the concrete, I took the battery out and put it into the quarter inch impact driver to put the TapCons in place. 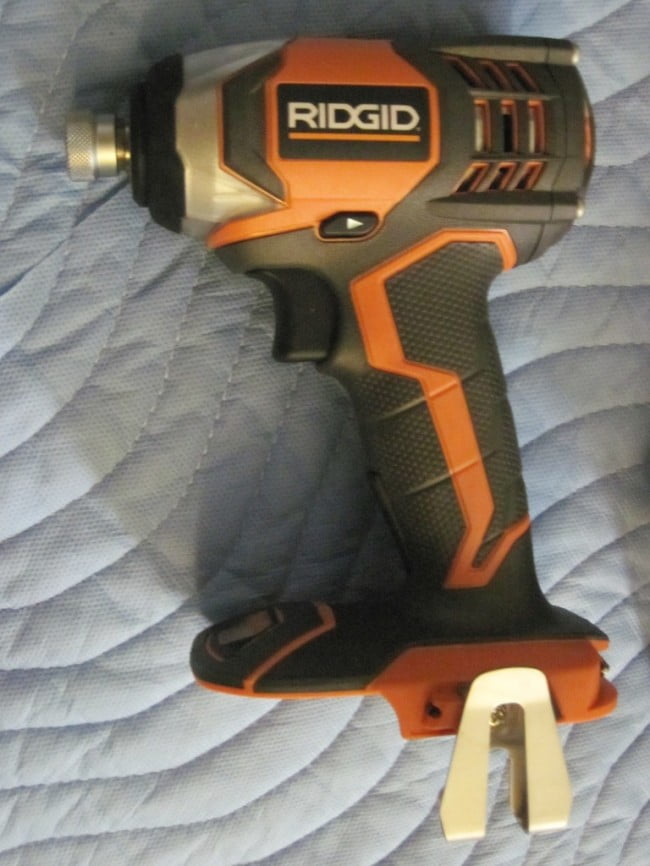 The thing that really got me with the impact driver was the sheer power it had – there was one hole I didn’t quite drill deep enough, and it snapped the TapCon in half like it was a pencil.  I’ve had other drivers that would just stall or strip the head a little, but the RIDGID impact driver wasn’t going to let a little thing like bottoming out stop it.  It took me completely by surprise when it happened, but it was definitely a good unintentional show of power.  15 TapCons driven in three inches deep (and one snapped off at about two inches), and I pulled the same battery out to put in the six and a half inch circular saw. 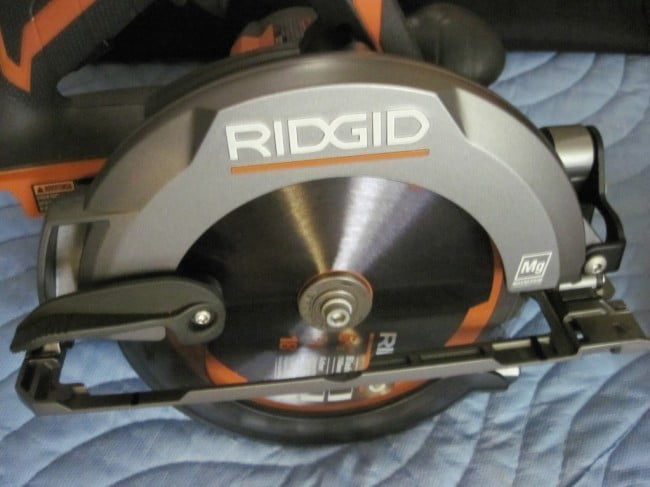 The next thing to do was saw up the 2x4s that I was going to use for the railing tops and bottoms (and the gate pieces).  I would have like to have seen a laser guide on it like a lot of other circular saws have been coming out with; however that’s not so much of a necessity as it is a luxury.  One nice thing about the saw is the ease of adjusting it for bevel cutting – it didn’t take much effort to switch from bevel to right angle while making my cuts.  The six and a half inch blade is also really nice; I know some people prefer the smaller size of a five and a quarter, but I like the more versatility a larger blade gives you.  After 24 cuts with the circular saw, I put the battery back in the hammer drill to put the final screws in.

I chose the hammer drill to finish the project off in order to see the power it had when in driver mode (and because I didn’t want to drive the screws too far in with the impact driver).  I drove close to 300 two and a half inch decking screws when all was said and done, and yes this was using the same battery I started with.  No charging in between tools; no using the second battery the set came with – I wanted to see how long one battery would last.  After all of that the batter still read one full bar of charge! 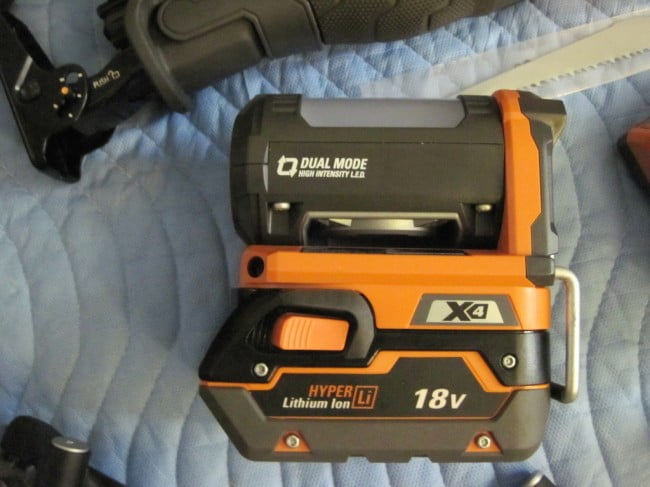 The one thing that comes with the set that I didn’t mention (because it’s not so much of a power tool), is the included light.  It runs off the same RIDGID X4 LiOn battery that the other tools run on, and it’s actually pretty neat.  Rather than be just a spot flashlight like some other sets come with, the RIDGID X4 light is a hybrid.  With the twist of a dial, it goes from a super bright spot flashlight, to a radiant lantern style light.  It’s great for us, because we’ve had some power outages here recently, and the light really makes a room bright.

The RIDGID X4 tools work, and look, better than most tools I’ve used in a long while.  The X4 Hyper Lithium Ion batteries can hold a charge with the best of them, and you don’t have to worry about them running out mid-job.  While the high price may be an issue to some, if you’re looking for a good solid power tool set, look no further.  I give the RIDGID X4 5 Piece combo kit a final score of five stars out of five. 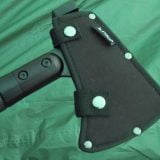 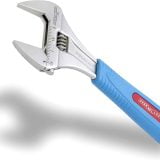 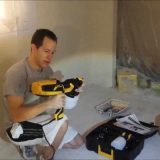 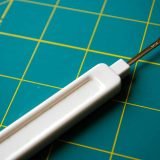 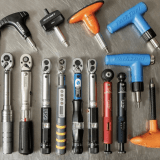 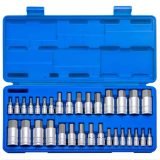