Normally when one talks about a multi-tool, they’re referring to something along the lines of a Leatherman or a Swiss army Knife – and not without reason.  There hasn’t been anything in the realm of power tools that could be considered a viable multi-tool.  Sure, some companies make tools designed to do multiple things, but usually those tools end up doing the extra jobs poorly (see my Trio review for an example).  So does the JobMax by RIDGID finally give power tool users a real multi-tool to get excited about? Is it one of the top-rated tools of our time?

The thing that makes the JobMax system work is the “Power Base Handle” – essentially the part between the battery and the head.  It’s here that you’ll find your variable speed trigger and the motor.  The top of the Power Base Handle is pretty neat in and of itself – it allows you to situate any of the tool heads at an angle of 0, 90, 180, or 270 – creating a tool that is very versatile, and great for getting into a multitude tight spaces.  The battery is only 12v (so don’t expect to use it on any extended jobs without a recharge), and it’s extremely light – it’s the individual JobMax heads that have a lot of weight to them.  I swear some of the heads weigh more than the rest of the tool itself.

There are five different heads you can get with the JobMax system – the Oscillating tool head that comes standard in the bundle, an Auto Hammer, a 3/8″ Right Angle Drill, a 3/8″ Square drive Ratchet, and a Right Angle Impact Driver.  I tested each tool against a comparable standard tool just to see how well each performed, and I’ll admit I was pleasantly surprised.  Each of the different tool heads met (or exceeded) any expectations I had for it. 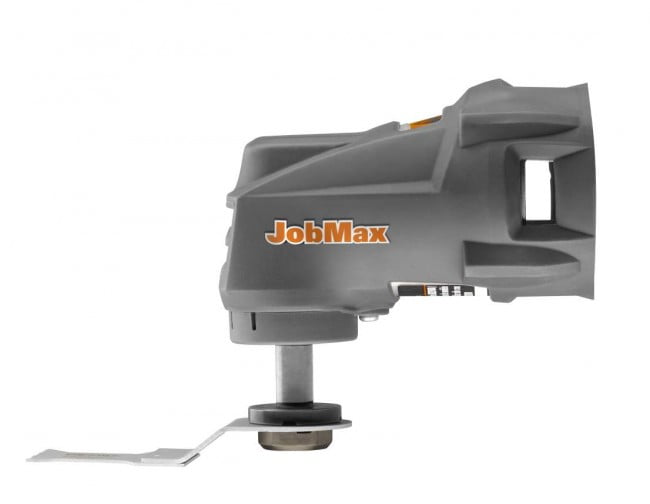 The Oscillating tool head comes with enough attachments that it can easily replace any other oscillating tool you may have.  I used father in law’s 12v Multi-X to run a comparison, and the JobMax made cuts in a 2×4 MUCH faster (I’m talking about twice as fast here).  On top of that, the JobMax stayed cool as opposed to the Multi-X, which got quite warm to the touch. 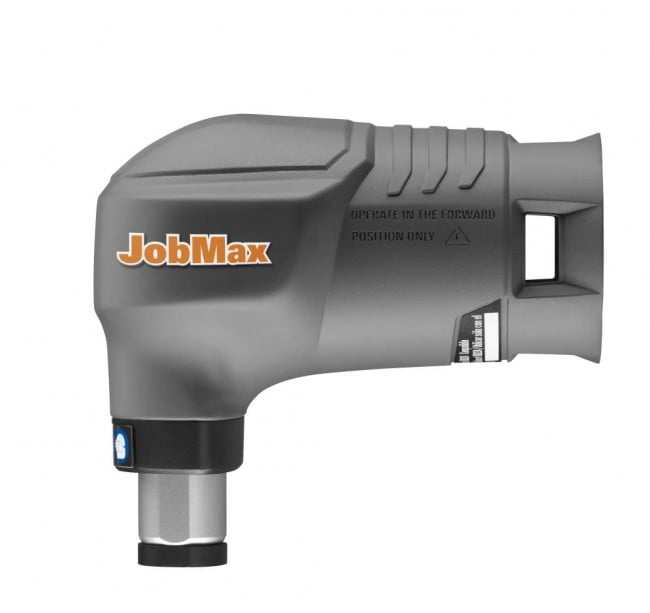 I borrowed a friend’s Craftsman Auto Hammer to run a comparison against the JobMax Auto Hammer head, and they both performed pretty much the same.  They were both LOUD as hell (that was expected) – but the JobMax seemed to have an easier time “finishing the job” as it were.  With the Craftsman, if I wanted the nails to be flush I would have had to hit them each once with a regular hammer – the JobMax pounded each nail flush on it’s own.  The JobMax Auto Hammer had to weigh close to double the Craftsman though – so I can see some arm fatigue happening if you’re holding it upright a lot. If you wanna do some lighweight painting then you should take a look at our Rexbeti Ultimate 750 Electric Lightweight Spraying review. 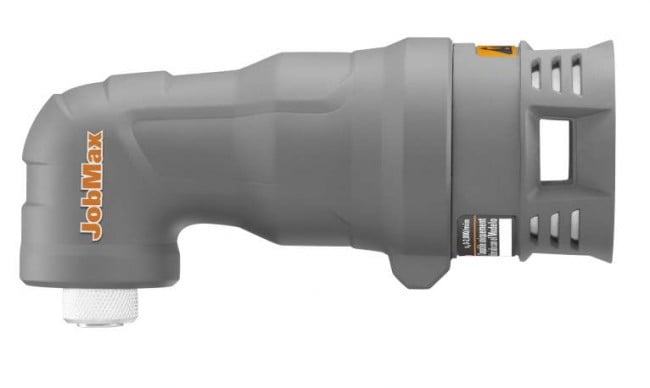 The Right Angle Impact Driver head is a BEAST!  Not only is it extremely compact, it’s damn well powerful – having no problems at all running screws through knots.  I ran it against my Craftsman NexTec Right Angle Impact Driver, and the JobMax just dominated it.  The JobMax drove screws well over twice as fast, and the NexTec had serious issues when it hit a knot.  It wasn’t even fair to call this one a competition. 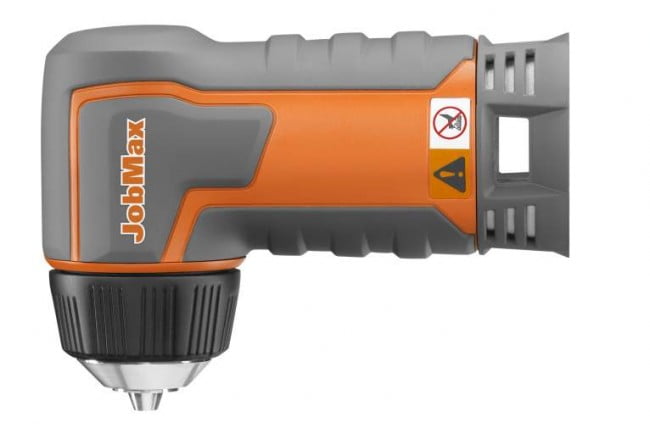 The 3/8″ Right Angle Drill head is nice, but it’s not as nice as some of the others out there (really the only head I can say that about).  It’s extremely compact, allowing it to get into some real tight areas without difficulty (with I had this when remodeling my bathroom counters and vanity), but it only has a 0-550 rpm gear box, and it has no adjustable clutch.  The Milwaukee M12 Right Angle Drill however has a 0-800 rpm gear box with a clutch.  It’s not that much of an issue though, as it performs pretty much just as well (and the weights weren’t too different) 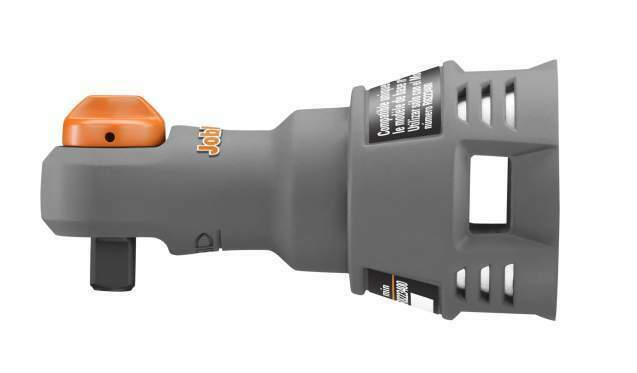 For the 3/8″ Square Drive Ratchet Head I ran into a bit of a problem – that being that there are very few other 3/8″ 12v square drive ratchets on the market (I’m fairly certain Cornwell makes the only other one at a whopping $250 a pop).  So I while I can’t compare it against anything, I can tell you that it’s a really nice head.  I’ve probably used this head more than any other, and it blows my mind that no one else makes a good one. That said, you may wanna take a look at our Ridgid X4 5 Piece Combo Kit review for a drill set.

I have to say that this has to be one of the absolute coolest tool sets I have now – I only with that the little storage bag that came with the base tool was big enough to hold all the heads.  It’s kind of annoying to have everything packed away neatly, and have the choice of either leaving some head out (with the potential of getting lost), or stuff the case so full is looks like it’s going to rip open.  The JobMax also features a nice little LED to help illuminate dark work areas (again, I needed this when I was remodeling my bathroom).

The RIDGID JobMax is a tool that I wholeheartedly recommend for any DIYer or homeowner – you’ll reap the benefits of owning one in no time when you start realizing all the little projects it can help you out with.  For that reason, I give the RIDGID JobMax system a glowing 5 out of 5 stars rating.  I have no problem putting my seal of approval on this little gem.

You can pick up the RIDGID JobMax Starter Kit (with the Oscillating tool head) from Home Depot for $99.00.  Each of the other heads will only run you $49.97, which is a really nice price. 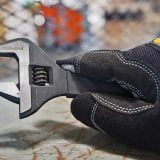 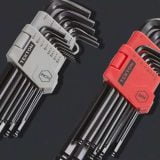 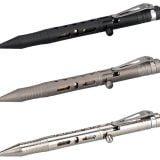 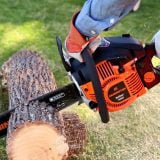 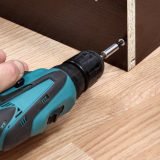