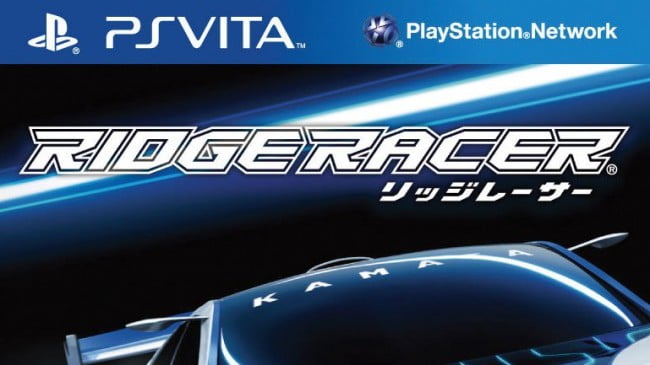 Why Namco?  Why did you have to go and do this?  I had heard the stories, but I didn’t want to believe them – so I ordered Ridge Racer from Amazon because what I had been hearing couldn’t possibly be true.  We had so many good memories together, and Ridge Racer was the spark that started our love affair – and this is how you repay that?  I would have done anything for you because of the good times, but then you go and basically spit in my face and kick me in the junk.  I can’t keep quiet about this – God knows I want to – so I hope you can forgive me after everything is said and done, but you need to be held accountable. If you want an upgrade to your current Vita, take a look at our review of the Sony PSP Go (price and release date announced). We also urge our readers to take a look at 10 of the best PS4 games in 2014. 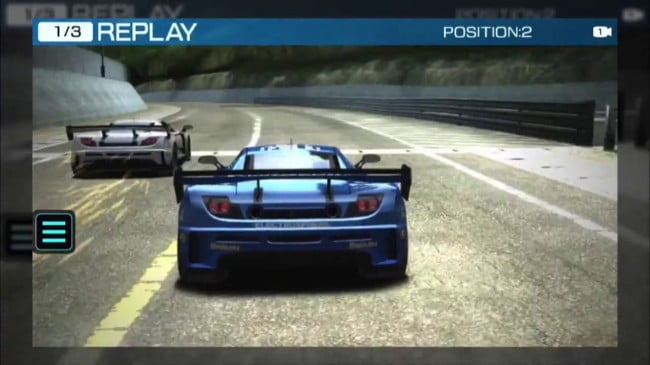 I have nothing but fond memories of the original Ridge Racer game from my childhood.  My friend Mike and I would sit there and play it constantly because it was just so much better than the other racing games out there.  Mike even went out and got a special controller that twisted in the middle  (Namco’s NeGcon), because it was supposed to make Ridge Racer even better than it was.  Before the original Ridge Racer, I had literally no interest in racing games because all I would do was grind against walls – but in Ridge Racer I found something new; something better.  I learned about drifting and how that worked, and I was much better for it – this was 1995 though.  I say all this so that you know where I am coming from with this review – I didn’t start playing Ridge Racer on the PS Vita with any malice, but rather with fond memories pushing me onward.  Normally if a company is trying to min/max their results with a game by seriously limiting the number of copies their PR company has to give, I would just walk away.  It is a testament to what I felt for the original that I spent my own money on this – I just wish the end result was better.

Related: In case you don’t like racing games, we recommend the LEGO Batman 2 Review PS3 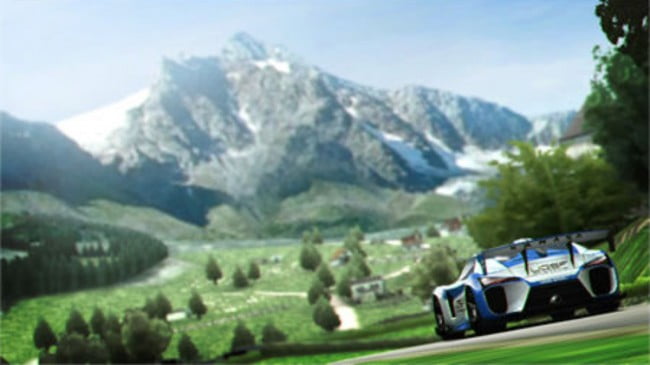 The one thing that Ridge Racer had going for it, was that it was supposed to be a launch day title – but even that got messed up for some reason.  Ridge Racer games have always been there on the launch day of a new Sony console – it was just something you took for granted.  Up until now it has been almost religious; you go buy a new Sony product, and expect to see a Ridge Racer game waiting among the few release day offerings, but they couldn’t even get that right!  You would think that since they waited longer to release the game that it would have ended up a lot better than it did. 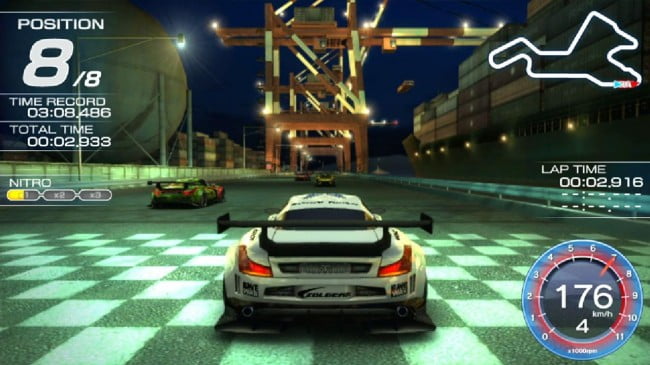 In Japan this Ridge Racer failed horribly because of how little content there is – here we get a “Gold Pass” code that lets us download five “new” cars, three “new” tracks, and some “new” music – the kicker?  None of this stuff is “new” at all.  Every little thing in this game is from another Ridge Racer game – no new cars, no new tracks, and I’m almost positive there’s no new music (not sure about one song – have to check old Ridge Racer soundtracks).  The whole concept of it is ridiculous – even with the three downloaded tracks, you only will have six total, and they’re still tracks that you will have seen before if you’ve played any other Ridge Racer game. 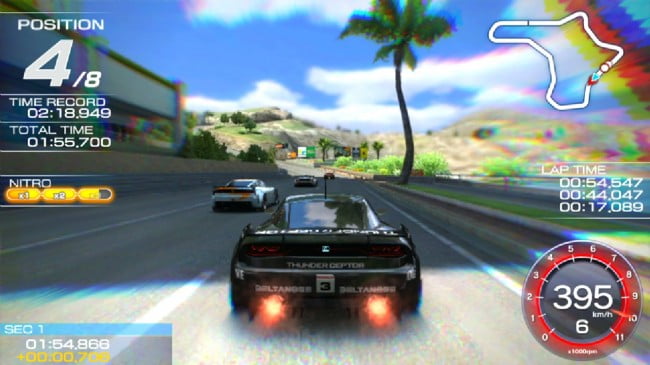 There is also absolutely no single player campaign at all.  Namco has put all of their faith into online play, but apparently they didn’t test the net code very well.  I suffered through three different games on four different days to see if something changed, but up until when this review was written the online is still horrible.  Players literally bounce around the screen as the net code struggles to compensate.  I can’t even begin to describe how frustrating it is to be ahead of people, and then out of nowhere people just appear in front of you.  The whole online is further broken because rather than stick with the “pure” feel of racing that Ridge Racer games are known for, now you gain levels and modifications for your car.  So if you happen to be playing against anyone even slightly higher leveled than you, you will be left in the dust because of their upgrades.  Apparently “balance” isn’t a word the team who worked on this title was aware of. 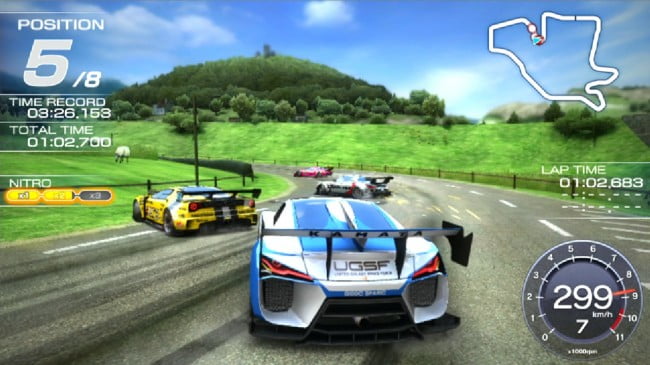 Literally the only thing that is done right in this game, is the feeling of speed that you get while playing it.  Ridge Racer gives a better feel for the speed of the race than even Wipeout did – however that’s not hard to do considering that they have been perfecting these tracks for seventeen years.  Everything else from the layout to the over sexualized presentation is pretty much worse than any other PS Vita game I’ve played yet – and I’ve played Army Corps of Hell.  I don’t know if I can even consider playing another Ridge Racer game after this one unless the next team to take over has some real ideas.  As it is, I sincerely hope that the designers of this Ridge Racer never have to work together on any project again – I don’t think the world is ready for another game as bad.

(For your convenience if you have never looked at what our ratings mean, I will include the description of a half star:  A product which has consistently poor quality in every aspect of the device. It is so awful that there may only be a single good feature about it. If our written review – which will undoubtedly insult the product for being so atrocious that the manufacturer deserves the ridicule which we give it – can’t keep you from buying it, at least save on shipping/gas and flush your money down the toilet.)

The Bottom Line:  If for some reason you have $30 that is burning a hole in your pocket and you have the desire to buy this – take your money and just eat it; it will end up being a lot more satisfying to start with even though it will eventually end up as crap, which wins over this game as it is crap from start to finish.

If you hate your money that much, you can pick up Ridge Racer for the PS Vita anywhere that games are sold like Amazon for 29.99 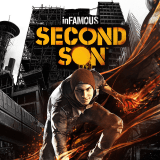 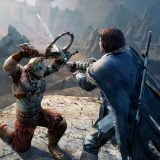 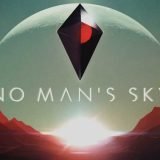 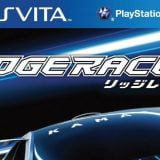 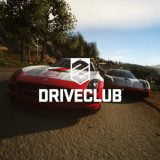 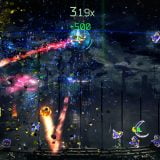