The Top Race Remote Control Robot Toy is a great playmate for your little one with songs, stories, math problems, and voice mimicking software for the especially little ones who may be scared and don’t know where Mommy and Daddy went. Check out our list of robot toys for kids to learn more!  For another robotic option for your home, you should also read our review Vent Miser (a robotic venting system). 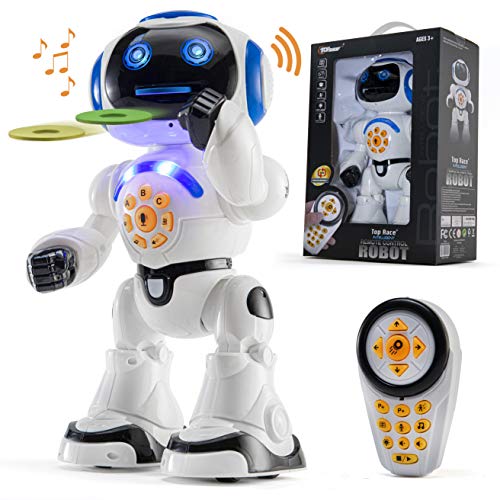 The Top Race Remote Control Robot is great for children at a wide variety of ages (2-9) and can sing, dance, and do math quizzes with your child (which comes pre-loaded in the toy already). Not only is it a fun toy for a kid to play with, it also makes learning fun and can really help your child gain an edge.

The Top Race Remote Control Robot is pre-loaded with 10 favourite children’s stories, 10 favourite children’s songs; which it sings, and over 40 math quizzes. The Top Race RC Robot also has voice mimicking software to mimic your voice. This can be especially comforting for very young children who probably still can’t tell the difference between you and a robot. If your child is a bit older, and you want a more traditional children’s you, try the Really RAD Robot Toy for Kids. One of the most fun toys for kids with 6 different game modes is described in our Wowee miposaur review.

The Top Race Remote Control Robot is about 12 inches in height and weighs about six and a half pounds (perhaps just slightly less). Not heavy or tall in the slightest, but very young children may have some slight difficulties moving it from room to room. The Remote Control Robot Dog, another robot toy from Top Race, is smaller and only weighs about two pounds making it much more manageable for your child. Unfortunately, the Remote Control Robot doesn’t come with a charger because it runs entirely on batteries so be prepared to shell out some money for those too. Does you kid like playing with dogs and toys? You should check out the Top race robot dog review.

Because of the plethora of features it offers the Remote Control robot is suitable for children ranging from a two year old to a nine year old. The Remote Control Robot comes with a remote to use in conjunction with, or a replacement for, the robot’s voice functionality. Unfortunately, the robot itself takes five AA batteries while the remote takes two and neither are included and must be purchased separately. It retails on Amazon for $40.00, which is decent, but consider the Sikaye RC Robot Toy for Kids if you’re on a budget.

Any child would be thrilled to have the Top Race Remote Control Robot Toy. With its preloaded song and story capabilities, and its ability to sing, the robot should be able to keep your child entertained for hours. It’s unfortunate that you have to buy your own batteries, but they should be able to last for quite a while so you’re not going to be spending a fortune on them. 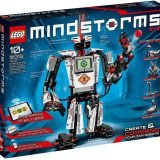 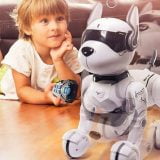 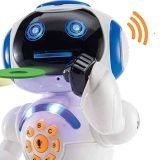 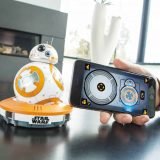 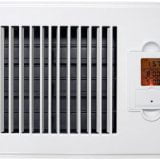 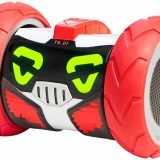