The Remington Heavy Duty Metal Industrial Floor Fan may be a heavy fan conjuring its all-steel construction, but its incredible airflow and sturdy base make it well-worth being so heavy. If only it had some water resistance. Then it would really be a force to be reckoned with. It may probably be the best fan in the market. 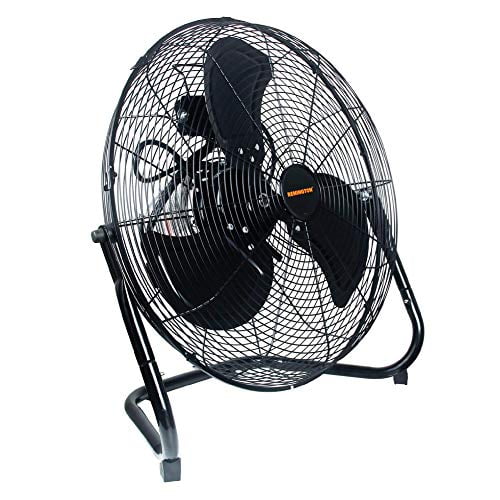 Related: If you want a safer fan to use around your kids, check the Pureflow QT7 review

The Remington 20-Inch Floor Fan is an incredibly powerful and durable three-speed fan. It’s made entirely of steel, right down to the base and the fan blades, so it can hold up to a beating and keep on going. The power cord is a whopping nine feet long too. This is four feet longer than most fans in its class and offers more options of where you’re going to place it.

Related: For those looking for a powerful but quiet fan, check the Rowenta VU5670 review

The Remington 20 Inch Heavy Duty Floor Fan features three-speed settings and a pivoting fan head for greater control of air direction. The fan also features industry-leading high-velocity airflow of up to 4650 CFM. It’s an incredibly powerful fan that can cool a room, or outside, in no time. Check out the B-Air Firtana for a similarly powerful fan.

The Remington is an excellent high-velocity floor fan is constructed entirely of steel making it one of the most durable and toughest floor fans on the market right now. The floor base is built solid and sturdy so the fan won’t fall over on you even on the highest setting. The trade-off is that the fan is heavier than most fans in its class. Check out the Ryobi Fan if you’d like something lighter.

The Remington 20-Inch High-Velocity Fan doesn’t give you dB levels outright, so we’ll have to turn to customer reviews for confirmation. We were happy to see that nearly all the customer reviews had positive things to say about the amount of sound the fan-produced. For such a high-velocity fan, it didn’t produce more or less noise than it should, which is unlike the Maxxair High-Velocity Air Movement fan. Many use it as pleasant background noise while sleeping, and on high!

The Remington Three Speed High-Velocity Heavy Duty Floor Fan Direct-Drive is a rugged fan that doesn’t believe in a lot of modern features. It may not come with a remote control, then, but it does come with an impressive nine-foot power cord. Given that most fans only offer a five-foot cord, a nine-footer is most welcome mainly because of the versatility in placing the fan. If you’d prefer a cordless model, try the Geek Aire Fan.

Remington Household Fans can be used outdoors, but because it doesn’t have an IPX rating it might be best to bring it inside during rain. The fan features a one-year manufacturer warranty which you’ll have to try really hard to use considering the entire thing is made of steel. Even the fan blades are made of steel! And considering how quiet the fan still is, this is just another notch in its belt.

The Remington 20 Inch Floor Fan’s incredible airflow and tilt head make finding your comfort zone easy and enjoyable. Its sturdy construction means you’ll probably never have to find yourself using the warranty, and the customer reviews on the fan’s quietness quelled any fears we had about a fan of this size being so loud. 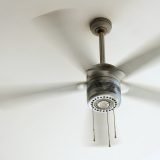 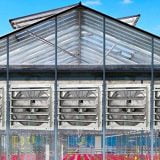 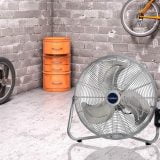 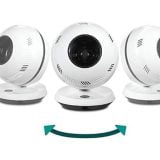 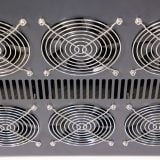 Why Do Fans Have 5 Blades? What is a Whole House Fan?