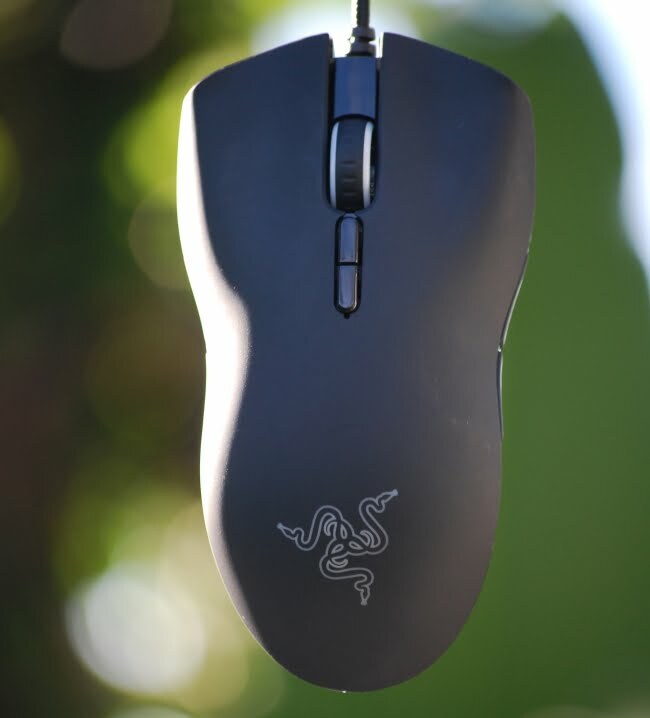 The Razer Lachesis is the first to accomplish this. The updated Lachesis is not a daring mouse by any means. The original first arrived nearly three years ago, and when I tested it then, I found it to be a formidable mouse. Thereafter, I rarely used it, opting for non-ambidextrous mice. As mentioned above, my hand desired a sense of personalization that the Lachesis lacked. Thanks to the Lachesis’ political correctness, I found myself more inclined towards side-oriented mice. If you’re unsure of how to use a side-oriented mouse, learn how to hold a computer mouse with our helpful guide.

Other ambidextrous mice came and went, receiving similar treatment. But this updated version is a real treat. Its contoured shape and design don’t leave my hand feeling alien to the mouse. The fit isn’t perfect, and that won’t change until shape-shifting mice come about, but it still seats the hand well, especially for claw-gripped gamers. Although, is it a great mouse for sweaty hands? Our roundup list has other options.

The Lachesis, next to Alienware’s TactX and Logitech’s G700

Did something change? Yes, slight adjustments and tweaks provide minor improvements to the original design. It may just as well be me getting older. One or two fingers rest off the mouse, which can be a killer for some gamers who flip their mice across giant mousepads at top speed. The thick body and lowered top make for a surprisingly comfortable design, easy to rest on without keeping wrists in an awkward position. The design works well for an ambidextrous mouse; as a right-handed person, I was equally comfortable using the Lachesis with both hands. Not that I do so regularly.

With a glowing tri-headed serpent and scroll wheel, the Lachesis is similar to other Razer mice in design and precision. When moving the mouse, it feels very precise, and deliberately so on the screen. Other mice I’ve tested feel normal – they track at the same speeds, and flutter about at times, but are consistent in doing so. On the other hand, the Lachesis feels more akin to watching a movie on a 240Hz display. It’s super smooth. But unlike Transformers at 240 frames per second, the Lachesis doesn’t feel slow or odd. It feels great, a step above the competition.

Related: Read our Razer Taipan review if you want to see how this mouse compares to others.

For most users, this won’t make a difference. Tracking, so long as it’s precise 99% of the time, is good enough. I can’t attest to the Lachesis being more precise than competing mice, though it certainly feels that way. But there is a difference when just moving the mouse across a screen, and seeing it jitter between pixels as mice normally do, versus gliding smoothly and elegantly as the Lachesis does. Games feel better, general computing feels better… it’s a smoother experience.

With up to 5600Dpi, which is a crazy setting to do anything at (actually, anything above 3000Dpi is ridiculous except on multiple 24+” screens), the Lachesis nearly reaches the current max (which is 5700Dpi…big difference). It doesn’t include any special bells or whistles, just the standard five-button design plus two alternate-side buttons (for lefties, of course, and all four thumb buttons are programmable). The scroll wheel is tight, and feels rubbery, a Razer design choice, compared to a more mechanical, clicky feel that mice from Logitech and others have. I love the frictionless scroll wheels found on many Logitech mice and Alienware’s TactX, and I always miss it when testing mice without it. The Lachesis is no different in this regard, so it would be great to see such an addition to Razer’s line.

The updated Lachesis, especially lefties, will more than tickle professional gamers. At $80, the Lachesis comes at a relatively steep price, though not compared to similar mice. This is a great deal for an ambidextrous design with a top-notch laser and the best tracking on the planet. Of course, the dealbreaker comes when you ask whether the dual-handed design is right for you or not. Still, it’s safe to say that the Lachesis is king until the competition can track this good. 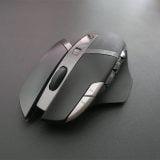 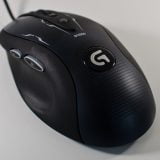 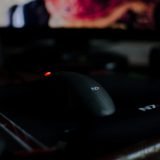 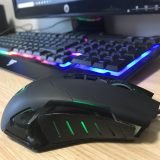 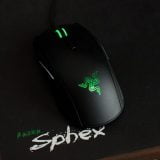 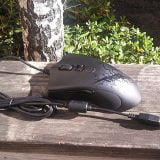