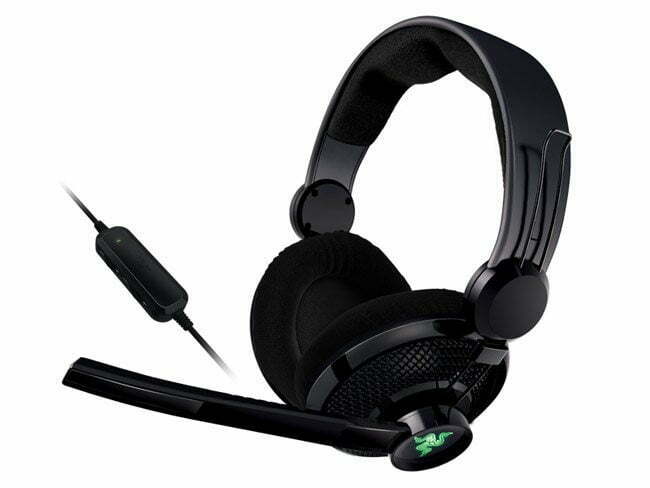 The Razer work ethic is tireless. With the expanded wealth of products–wide in variety–sometimes I fear the company could spread itself too thin.  It has gone from a manufacturer of premium mice to including laptops, motion controllers, and one impressive gaming tablet. Yet, the quality rarely falters. That leaves me wondering what could possibly be next on their roadmap. Can they come up with the best gaming headset ever?

Today we take the Razer Carcharias stereo headset out for an audible spin. Unlike its predecessor, this gaming headset speaks fluently to PC and Xbox 360. It’s also packaged with all the necessary connections to play nice with your Windows PC or Xbox 360 console. Plus, it’s completely plug-and-play. So there is no need to worry about software and driver juggling.  But is the performance strong enough to make listeners turn a blind eye to the rather uninspiring look? Let’s find out. For another option great for Xbox, you should check out Microsofts’ own offering with our Microsoft Xbox stereo headset review.

The newly refreshed Carcharias gaming headset looks exactly the same as its forefather. It’s all black save for the logo found on each earpiece, which glows with a bright trademark Razer green.  You will find this gaming headset very comfortable, due to the size of the ear cups and the breathable ear cushions. The Carcharias features very soft, near-suede, ear cushions on the large-sized ear cups, an adjustable headband, ample padding for the top of your head where the set rests, and a microphone that can tilt up when not in use.  The Carcharias uses 40mm neodymium magnets, with a frequency response of 20-20,000 Hz. It comes with the main headset, 3.5mm to RCA cable, 2.5mm to 2.55mm Xbox 360 microphone chat cable, Xbox 360 Audio Cable adapter, quick start guide, and a single Razer logo sticker. 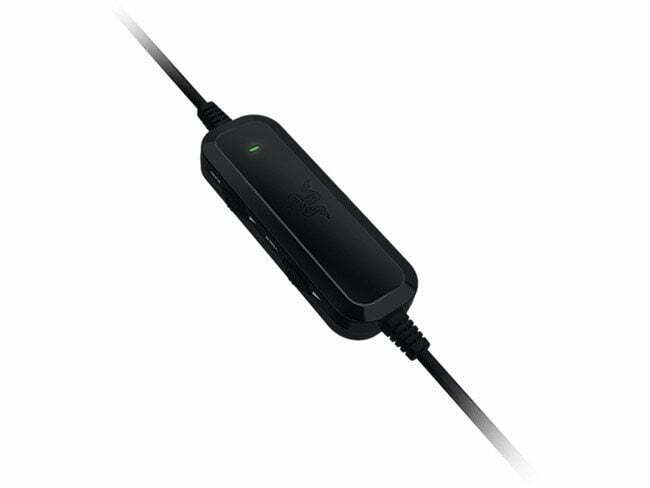 Where some headsets mute their microphones by tilting the mic upward, the Carcharias sports fully featured in-line controls. Here is a switch to mute the mic, Bass Boost dial, volume control dial, and incoming voice chat control so you can dial voice chat communications sounds up or down independently of the overall game, movie, or music audio. More products have adopted a great feature, and it’s a welcome inclusion on the new Carcharias. Rounding out the feature set on the in-line controls is a port to connect the 2.5mm Xbox Live microphone chat cable. The expanded features on the in-line control are great improvements and also work nicely to support the PC and console users. The Skullcandy PLYR2 wireless gaming headset is another option that comes with everything you need to get set up on an Xbox. However, if you prefer a PC option, read our Mad Catz F.R.E.Q. 7 gaming headset for PC and mobile review.

I put the Carcharias through my typical potpourri of tests. I played games, listened to a variety of music, and watched quite a few movies. As I mentioned above, Razer rarely falters. While these are definitely more finely tuned for gaming audio, the Carcharias did not disappoint during movies or games. These are stereo headphones and can’t quite match the positional audio performance and surround of a multichannel 5.1 or 7.1 headset. But for gamers who must compromise cost, yet are unwilling to compromise quality, these cans make up in clarity what they lack in surround sound and multichannel features. The audio is handsomely rich and crystal clear for a stereo headset. If you use the in-line controls to play with it, the bass runs from decent to good. I should note that the Carcharias sound great with both onboard sound and an aftermarket soundcard.  But I prefer the enhanced richness of the low and midrange audio when the Carcharias is paired with a strong soundcard like the Sound Blaster Z. 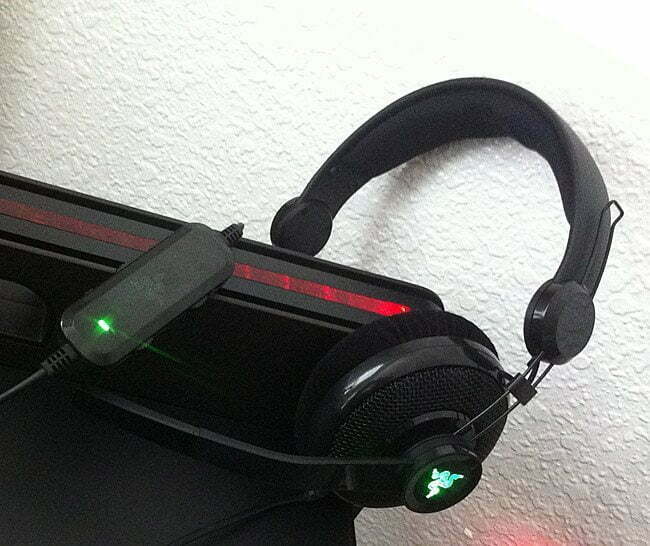 The Razer Carcharias is a great stereo gaming headset. The performance across all media forms is very good. Comfort is lasting, and the form factor is lightweight. So, If you’re on a budget and already have a soundcard that is working well for you… By all means, run, don’t walk to snatch up the Razer Carcharias. Those using onboard sound should evaluate other more sophisticated offerings like the Sennheiser PC350 Limited Edition. But if you’re a Razer loyalist, you could do much worse for your gaming and general entertainment needs than the Carcharias headset for PC and Xbox 360.

Bottom Line: The Razer Carcharias is a great set of cans. It’s a solid stereo offering that is inexpensive, easy to use, and comfortable. It’s not replacing any 5.1 or 7.1 setups and the Carcharias gaming headset definitely benefits from an aftermarket soundcard. 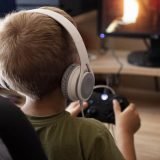 How to Use a Gaming Headset on an Xbox One 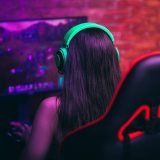 How to Set Up Your Gaming Headset for OBS 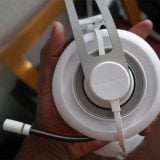 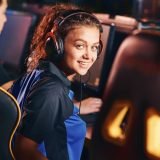 How to Wear a Gaming Headset with Long Hair 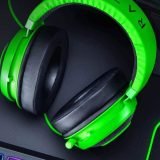 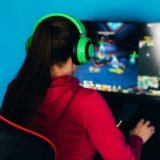 Why do my Gaming Headsets Break?