If your aim is to tear up sand, the best electric beach cruiser bike could be the Raleigh Retroglide IE. You’ll love that its center of gravity is much lower than your typical e bike, providing additional balance when traversing the strange terrain of beaches. And you’ll get plenty of chances considering its battery can keep pushing well over 40 miles. Does it stand out as the best electric bike? First, read through.

This cruiser-style Raleigh Retroglide is fitted with a lithium-ion battery that gets 40 miles on a single charge, while its step-thru frame and low center of gravity provide extra stability and balance. Do you want to go beyond your biking limits? Open the Rainbod mountain gravel e bike review.

Raleigh gave the Retroglide Cruiser a much lighter build. Its one-size frame is made of almost entirely lightweight aluminum alloy. The aluminum frame is then reinforced with geometry and a bit of style. More importantly, it has a much lower center of gravity that provides a nice improvement to balance. However, you will miss the lack of rear shock and bottom bracket. To go for a strong-built bike, read the Rambo R750 fat bike review.

With its Bosch Active Line 250W mid-drive motor, you’re getting good acceleration—especially when tackling inclines. However, the top speed maxes out at 20mph. The LCD screen will actually tell you those metrics (speed, battery life, etc.). The IZIP E3 can travel at 28mph, however.

Speaking of which, the battery is excellent! On a single charge, it isn’t uncommon to travel over 40 miles, which is much better than the QuietKat Ranger 750. The rear hub motor only maxes at 20mph, which means you can expect two or more hours of riding, more when the pedal assist mode is introduced. Although, if you need a model that goes beyond 70 miles, you’ll want to read our Pedego Interceptor electric bike.

Similar to the Pedego Comfort Cruiser electric beach bike, the Raleigh Retroglide IE Electric Bike is missing the safety features we’ve grown accustomed to. It lacks reflective sidewalls and puncture protection on the wheels, in addition to a lack of headlights. The Surface 604 Colt has headlights, however.

When you’re dealing with Bosch, you’re dealing with quality. We won’t dispute that claim. What we will dispute is price. When looking at it from afar, the Raleigh Retroglide IE is rather expensive. This is strange considering some features were ripped out. It doesn’t even have a headlamp! The price limits its buyers to fans of Bosch, who would otherwise feel justified in paying. For beach cruising on a budget, the Juiced City Scrambler is right on the money.

The Raleigh Retroglide IE earns extra points for quality, but it’s hard to look past that price. For $2750, you’d expect at least a headlamp. It still has some nice features, like a 40+ mile range battery and 20mph top speed. And its lower center of gravity is heaven on your balance. 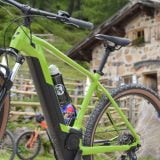 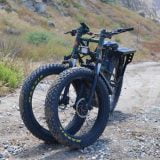 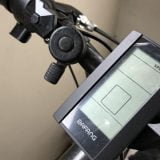 How to Hack eBikes To Increase Maximum Speed 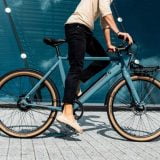 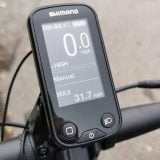 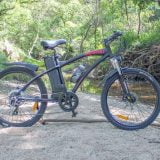