When looking for the Best Air Purifier, or more specifically the Best Ionic Air Purifier, people probably want something that can be used to destroy germs, and the Pure Enrichment air purifier filter may be such a device as it has a UV-C bulb in addition to having an air filter. 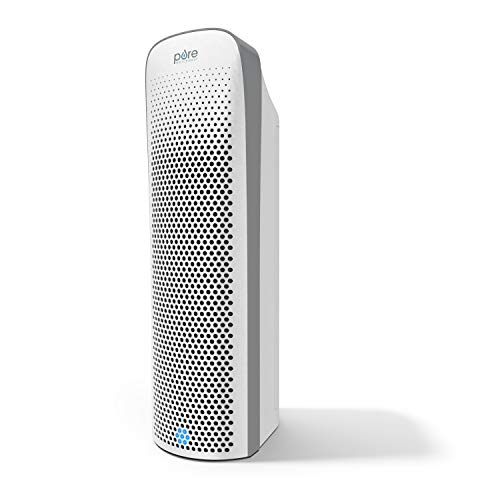 Why We Like It – Pure Enrichment Air Purifier Filter

The pure enrichment air purifier filter is able to rid the air of microorganisms in addition to purifying the air in the modern and convenient way. It also has a timer that the use can set in order to save electricity for when the area is clean enough.

It has a 4 stage air purification filter, unlike the Silveronyx air purifier with true HEPA filter, which has a 5 stage air purification filter. Pure Enrichment purifier’s filter consists of a pre filter, a true HEPA filter, a UV-C light/ Photocatalyst filter, and an Ionizer, with the UV-C light having the ability to eliminate microorganisms that are known to cause illnesses. In addition, users have the option to adjust the fan’s speed, with 3 speeds to choose from.

The Pure Enrichment Purezone air purifier has an area coverage of 190 square feet, which is less than what some of the other air purifiers can cover, as the Aeramax 300 has an area coverage of 600 square feet at the most. What makes the Purezone purifier stand out is that it has a timer, allowing the user to conserve electricity when it suits them. The timer can be adjusted for 2 hour, 4 hour, or 6 hour intervals.

Versatility (HEPA, what does it filter, odor reduction etc.)

Since it’s a true HEPA air purifier, it has the ability to filter through a variety of air contaminants. It captures smoke, odor, dust, dander, and pollen, and has the ability to rid the air of some microorganisms that are known to cause illnesses. It also captures particles no smaller than 0.3 microns, similarly to the Envion Ionic Pro air purifier. However, in a bigger room, air purification will take more time.

The purifier weighs 9.5 Lbs., which is somewhat heavy for an air purifier that doesn’t have enough area coverage to purify a larger room. However, this can be contributed by how the 4 stage filter is constructed. Since it’s an air purifier, it will inevitably have weak points to allow the air to travel through it in order to be filtered, as every filter in this purifier has holes, with each filter having a different size hole than the last.

Due to being a 4-in-1 air purifier with the ability to kill germs and ionize air, it can fetch a hefty price despite having a simplistic purpose. Smart technology such as the smart air quality monitor that can automatically adjust the fan speed, and the UV-C light bulb are probably what affects the overall cost the most. The replacement filter costs about $40 and it’s recommended that it should be replaced every 6 months.

Customer reviews have mostly been positive, praising the air purifier for its lack of noise and its thorough performance. Some reviewers have addressed that customer service has been great, offering to replace the purifiers if they have any defects or if shipping has been too rough to keep it in good condition.