If you are new to the world of indoor cooling, you may look to compare a packaged terminal air conditioner vs a mini-split. Some of the best air conditioners, after all, come in one of these designs. So what are the differences between these two types of cooling units and which is the right fit for you? Keep reading to find out.

The primary difference between the two is size and application use. The designs are actually quite similar, as both are used to cool a single room or a couple of attached rooms, which is not the case when comparing a mini-split vs a central AC unit. Here are some more differences between the two so you can make an informed choice.

There is no way around it. Split air conditioners are much smaller, with a smaller footprint than packaged terminals. There is a reason why packaged terminal AC units are so commonly found in hotels and commercial buildings, after all. Split units are, as the name suggests, minuscule, making them a great fit for small apartments, home office setups, and even small offices. The same can be said when comparing a multi-split air conditioner vs a single-split unit.

The increased size of packaged terminal AC units makes them more powerful than splits, which is why they so often show up in commercial buildings. If you are looking to adequately cool a large area of space during the summer months, go for a packaged terminal over a mini-split, though the latter is a great choice for cooling one room at a time. The difference in power is akin to when comparing a room AC vs. central air.

As previously stated, packaged terminal units are much larger than mini-splits. This makes them more powerful, sure, but it also makes them heavy, cumbersome, and difficult to place. These units require an entire wall-sized opening leading to the outdoors, whereas mini-splits require just a small opening for refrigerant lines.

How to choose the best PTAC unit for your property?

Look at the various features of the air conditioning unit and consider any additional features, such as a heating function, the overall heating bill, and more. Also, check out average energy costs and the like.

Which is right for you?

It truly depends on personal preference and the needs of your space. If you have ample space on your exterior walls, go for a PTAC air conditioning unit. If not, go for mini-splits or window units.

What is a ductless mini-split system?

This is a hybrid device that combines the power of outdoor units with the efficiency of an indoor unit. These mini-split units feature an outdoor compressor, while still remaining energy-efficient.

STAT: Because they’re designed for offices, hotels, senior living centers, and more, PTACs are equipped with a heating function. This may be an electric coil or heat pump, but either way, you’ll have an option for year-round use. (source) 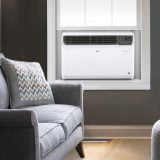 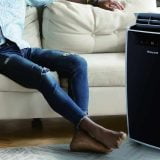 How To Maintain An Air Conditioner 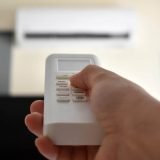 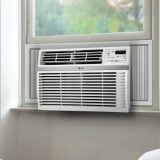 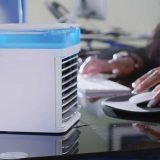