This Printrbot Simple Metal printer is a metal version of the original Printrbot 3D printer that was made of wood. The most significant differences between these two are that the newer one comes in a metal frame, has an auto-leveling bed, and features a larger build area that measures 6 x 6 x 6 inches. The Printrbot simple metal printer can also be bought pre-assembled, or as a kit that you can put together yourself. Of Course, if you choose to buy it pre-assembled, it’s going to be a bit more expensive. All in all, we still think that this 3D printer deserves a spot on your list when you’re deciding on the best 3D printer to go for, especially if you’re on a tight budget. 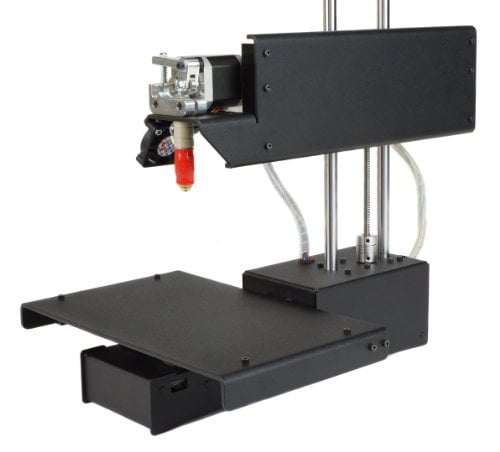 The Printrbot Simple metal 3D printer is great for enthusiasts that are just getting into 3D printing. It works at a steady print speed of 500mm/sec, and remains a great choice for anyone looking to get started with 3D printing but on a budget. For comparison, check out another 3D printer on our review on the MakerBot’s 5th-gen 3D printer – adds wood metal, and more to the mix.

One of the few things that you might notice as you start working with this printer is how much more sturdy it is than the original, thanks to its metal frame. Unlike the LulzBot Mini 3D, the printer doesn’t feature a heated bed, but this is one of the many upgrades that you can get if you decide to. At a 500mm/sec print speed, you should get most of your prints done in about 4 to 8 hours, but these prints would only rely on PLA filaments and not ABS if you don’t upgrade to the heated print bed. The printer also features a direct-drive extruder with a UBIS hot end, allowing it to deliver good enough print quality. Compare that to the Ultimaker 3D Printer with a print head holding a single extruder.

And, if you’re curious about printing sizes, read our guide on how thin can a 3D printer print.

The Printrbot simple metal printer has a more solid build thanks to its aluminum chassis, but it cannot be turned into a closed-frame printer like the Zortrax M200. Its upgrade on the Z axis also allows for a more accurate maneuver when printing. The Printrbot Simple Metal Kit can also do basic 3D prints, since more advanced work may result in bad finishing. A more advanced award-winning 3D printer is the Original Prusa i3 MK3S.

You’ll need to connect the printrbot simple metal printer to a computer for you to operate it, but if you’d rather not, you can also save the printing configurations into an SD Card that you can slot in for it to get to work. The problem is, unlike the XYZprinting Nobel 3D, which has a control panel, you’ll not be able to input anything to the printer once it starts printing since there aren’t any controls on it to use. Despite that, the build volume on this printer is good enough for large builds, as it is almost three times as large as that of the Printrbot Simple Maker Kit.

If you’d not mind putting together the simple metal kit, then you can order the Printrbot Simple Metal 3D printer in parts and get the chance to put it together by yourself. We also hope that courtesy of this Printrbot simple metal review, you’ve seen that the Printrbot Metal printer is more than capable of arguably good quality work, but it’s really not good enough for industrial use. 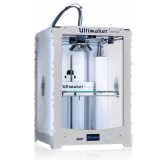 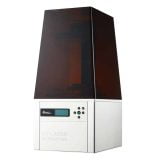 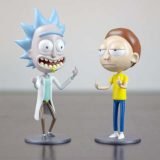 3D Print Your Own Rick and Morty Bobble Heads 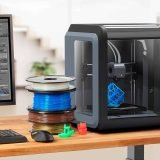 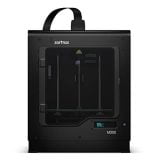 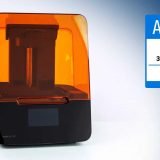