Many consider the difference between a pressure cooker vs. a microwave to be fairly obvious. After all, you place food inside a square box that uses microwaves, as the name implies, to heat food. To use the other, you put your meal inside a circular pot with a lid that uses pressure. However, the differences between the best microwaves and electric pressure cookers expand further into cooking time, energy efficiency, and cooking uses. For additional information on the types of microwaves, check out our article on a commercial microwave vs a regular microwave.

Difference Between a Pressure Cooker and Microwave Oven

Pressure cookers maintain the lowest cooking speeds in kitchens, surpassing boiling, baking, and microwaving. These convection microwaves and standard microwaves sometimes feature multiple cooking types that have more functions than only pressure cooking, including sauteing, slow cooker, and rice cooker. However, microwaves offer heating options for foods that cannot be made using steam, especially when reheating foods. Additionally, consumers use microwave ovens to heat frozen dinners and other meals. The two cooking appliances work differently, but they also have different speeds, energy consumption, and capabilities. Much like a microwave vs an induction stove, these differences may surprise you.

How Pressure Cookers and Microwaves Work

Microwaves heat food by creating tiny electromagnetic waves that affect the water or liquid inside meals. The size of these waves denotes the name of the machine: microwaves. When first introduced, microwaves replaced pressure cookers at least partially because of the ability to heat frozen dinners. Pressure cooking technology expels air from within the pan-shaped food container, which traps steam inside. As a result, the internal pressure rises, and thermal heat transfers from the steam to the food. Because of the use of steam, foods within a pressure cooker have to be accompanied by liquids.

The pressure cooker heats and cooks food that you can cook in the steam. This requirement stems from the fact that pressure cookers use steam from boiling water to agitate the particles within the meals. Because of this, food affected by water cannot maintain its dryness in the pressure cooker, such as bread. On the other hand, microwaves boil water, reheat meals, cook meals, or defrost foods. In addition, some microwave ovens allow users to grill or bake in them, though you have to buy a model with those functions. For another comparison article, check out our mashup of microwave ovens vs toaster ovens.

Pressure cookers utilize less energy than stovetop cooking because they heat foods at higher temperatures in less time. Additionally, more recent generations of pressure cookers further reduce the total energy use in the process. On the other hand, a microwave oven uses about 0.36 kilowatt-hour (kWh.) You may find that this consumption remains significantly less than ovens, pans, and crockpots. Because of this reduced energy consumption, you save money on your electric bill when using the microwave. To further enhance your savings, you may want to use both pressure cookers and microwaves when possible.

Pressure cookers cannot cook foods that may be compromised when cooked in steam, so you may want to use a microwave for this.

Is it safe to put aluminum foil in a pressure cooker?

You may use aluminum foil in your pressure cooker, and some pressure cooker recipes may suggest using it. However, professionals state that you should avoid using it regularly. Aluminum foil may cause your food to taste metallic. So if that happens to you, you may want to leave your food unwrapped.

Can you reheat food in the pressure cooker?

Some foods may be reheated in a pressure cooker, including foods not affected by water heating. For example, you may reheat soups, steamed vegetables, chicken, brown rice or other rice, and stew.

Can you use a pressure cooker as a microwave?

No, the two devices utilize different methods for heating. In some cases, you may heat food in either, but you need a microwave or oven for cooking foods compromised by steam. 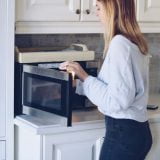 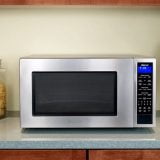 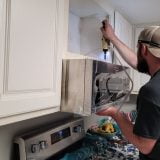 How to Fix a Microwave Door Hinge 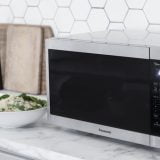 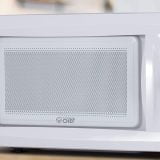 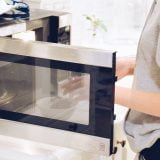