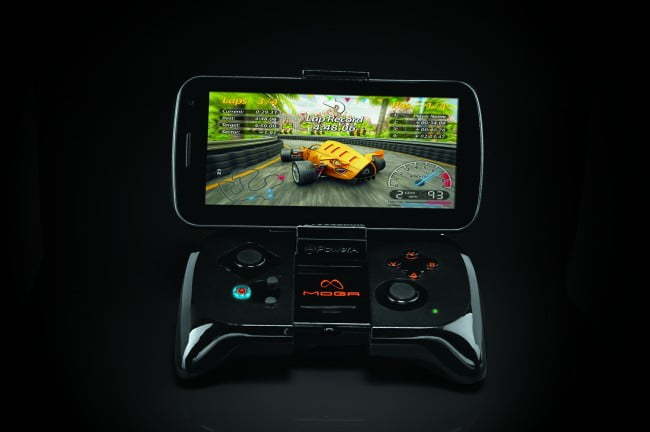 Gaming apps for smartphones have proliferated over the last few years, and it’s hard to complain against their low price and the number of genre-spanning titles that are now available. But touch-screen controls can’t beat the actual sensation of holding a controller whose buttons and joysticks ache to be mashed and pushed. Rather than choose between mobile gaming and a game console, get PowerA’s MOGA Mobile Gaming System’s game controller for your Android-based smartphone instead. This is one of the best best gaming accessories for mobile gaming.

The MOGA is of moderate size: larger than a “candy bar” stick control, but about a third smaller than the average stand-alone game console controller (like that for a PS3 or XBox 360). It  has a solid feel and isn’t lightweight — party that’s due to its using a set of “AAA” batteries inside a compartment on the back. But it’s what it’s got packed inside — Bluetooth, and studded on top — buttons and triggers and analog sticks, that makes it a well-gripped accessory worth toting around. In the included semi-rigid pouch that  has room for extra batteries.

MOGA provides an app (Pivot) that aggregates and finds those games that have been enhanced for play using the controllers “hard” controls. Its use is straightforward but doesn’t necessarily have all the latest games noted since it must update. For those looking for the most current list of titles compatible with the MOGA Mobile Gaming System, go to www.PowerA.com/MOGA. And doing downloads from a different site, like Google Play, can be done as well — but of course then the game must be checked first as to whether it has been enhanced for use with the controller. 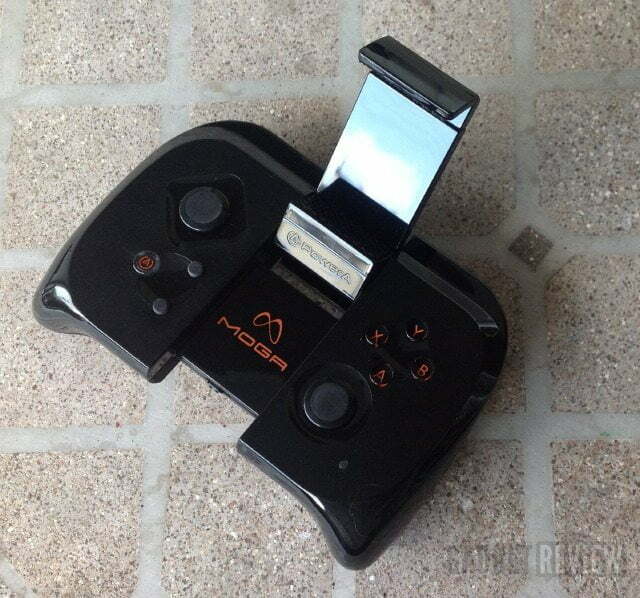 The MOGA has a flip up section at the back front edge that can accommodate an Android-based phone horizontally. In my case, a HTC model was provided and it fit snugly into position. But I did have to take it out again because I hadn’t realized that the power switch was concealed by the flip up arm. There’s a series of LED lights on the MOGA: having accessed the already installed Pivot app and followed the pairing commands, the blinking blue light indicating that a Bluetooth connection between phone and controller was in progress became green after about 25 seconds (it took slightly less  when a 3-second press of the PowerA button “woke” the controller back up from it having gone to sleep after 7 minutes of inactivity). The other lights consist of a flashing red to indicate “Sleep” mode and a slow blinking red to indicate low battery power.

Now since gravity is holding the phone in place, it’s best to use the MOGA on a flat surface — yes you could hold it up but then there’s a chance the phone could come loose and fall out, especially during the heat of gaming where one’s body starts to sway and swing in beat with the buttons being mashed. You may also want to check out our Razer Atrox arcade stick for xbox 360 review for an arcade stick that is built your fighting game prowess. 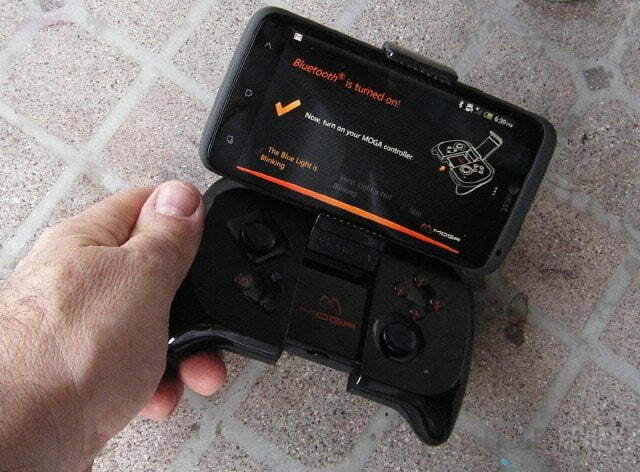 Sega’s Virtual Tennis was already installed and while it’s a virtua yawn, the game is a good one to use for getting used to how the MOGA feels during game play. AFter a few minutes I didn’t have to keep looking down to see what control was against what finger. I did find the “action buttons” a bit small for my taste though. But a deal-breaker? No. Playing Sonic CD also shows why hard controls work best with platform/side-scrolling games: fine-controlled actions need a light touch on a stick, not finger smears across a touch-screen circle/button. There was a more normal “feel” to using the MOGA to control Sonic and my success at propelling him forward, avoiding and bopping enemies and acquiring power-ups. I’d say it mirrored that of my using a controller with a home game console. This hasn’t been the case with similar games where only touch-screen controls could be used. And as a righty, I found the positioning of the left analog stick — which is slightly higher on the left side close to the edge than that of the right — more intuitive to my hand holding. Plus the small size of the PowerA and Start/Select buttons (placed next to each other below the left stick) pretty much guarantee that you won’t be accidentally pressing them. Looking for an advanced drone that is wind-resistant, has a longer flight time, 2K camera, follow me function, and a price tag below $200? Click our Potensic T25 drone review. 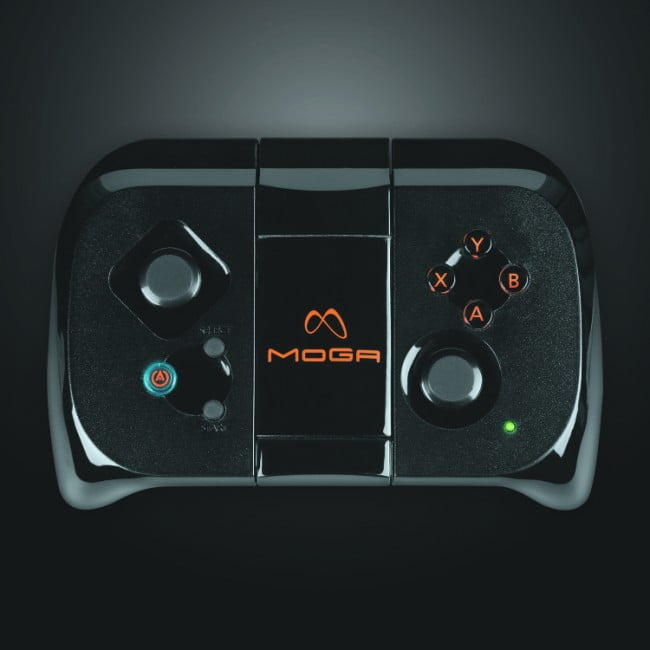 But it did take me a bit of time to get used to the positioning of the 4 “action button” on the right side (these are across from the left analog stick and above the right analog stick). I kept fumbling for them as I expected them to be lower on the controller. But by playing Sonic, which is a relatively “calm” game, over the course of about 2 hours I finally started to get into the groove of where the “action buttons” were. And as is obvious, I was then also cognizant of where the right analog stick was positioned. 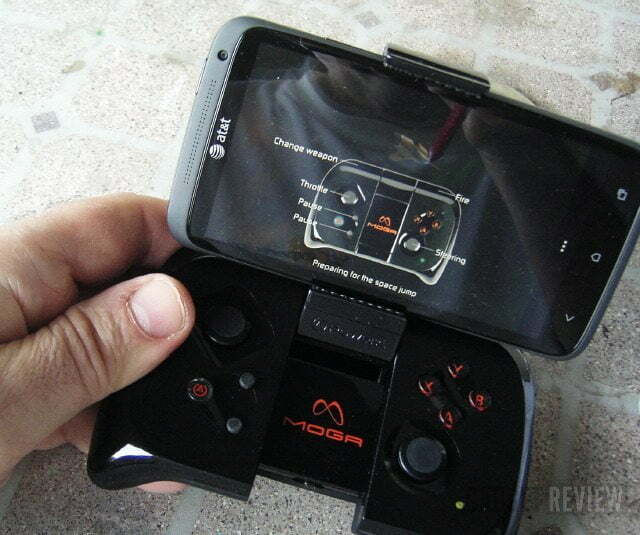 MOGA includes left and right “triggers” at the front edge of the controller. Very petite hands will find this a stretch to reach, although to be fair these controls are so often left out of use that most will forget that they’re there — I know I did. Still to have included them makes the MOGA a more complete controller and they get a good workout when the game lets them be the “firing” buttons, for example, when playing “Atari’s Greatest Hits.” It also showed me why a physical analog stick can’t be beat: because Missile Command will make you crazy enough even when you CAN direct the fire cross-hair fast and accurately. 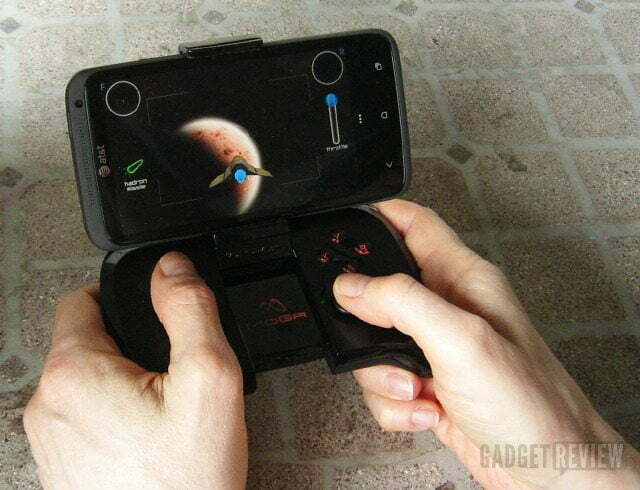 The point also gets driven home when playing Galaxy NGC3D — seeing the butt-end of the spacecraft means your perspective will quickly change as you work through the three axis of space (a 3D screen ala Nintendo’s 3DS would have been great to have here) — but using onscreen  “sticks” to angle/alter the ship’s positioning and engage the thruster is extremely cumbersome. Not to mention slow and easily messed up as enemies start spraying energy beams in your direction. Using the analog sticks instead gave me better control over how the ship “moved” relative to the play field — I was able to be more precise and do smaller increments than I could when using the touch screen. So the front right trigger got plenty of play because I creamed the opposition (read that as blown to bits). Besides, who isn’t just hard-wired for a physical controller when it comes to any fast-moving game where something is shooting at you and you have to be quicker at dodging and then shooting back? This is true of games like Modern Combat 4: Zero Hour and yes even Pac-Man (no killing here, just eating Ghosts). I also got into The Dark Knight Rises HD a bit as this review was in process and again, the physical controls making controlling game elements (be that vehicles versus characters) a whole lot easier and more refined — for me at any rate.

Because of Bluetooth, there is no reason not to be able to use the MOGA with a tablet in order to gain a larger view. Obviously  in this case the MOGA has to be held in front of the tablet, which will need to be on a stand or in some way positioned independently during game play. And I can fairly say the batteries held up for more than 14 hours easy (PowerA says they’ll run for up to 18 before needing replacement).

Bottom line:  The $49 retail cost of the MOGA Mobile Gaming System is right in the ballpark — losing a rechargeable battery is no big deal compared to losing wires for Bluetooth connectivity.  The MOGA is well thought out as a controller for gamers who think Android’s OS is the way to go. 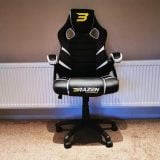 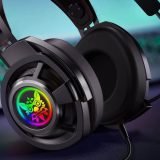 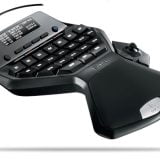 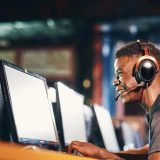 How to Set Up a Headset for Gaming 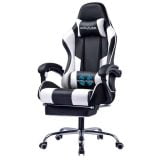 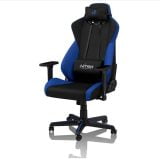