3D photography requires two lenses to create depth in an image — so the specialized camera has had to be expensive and complicated to use, which is unlike some of the top-rated Fujifilm cameras. But wouldn’t it make sense to use the camera that everyone carries with them all the time on their cellphone? But how to get around the fact that an iPhone only has a single lens? The Poppy does this by making the iPhone part of the 3D “camera.” For more on 3D cameras, check out our best 3D cameras review.  For comparison with other top models, check out our best-selling digital cameras review. 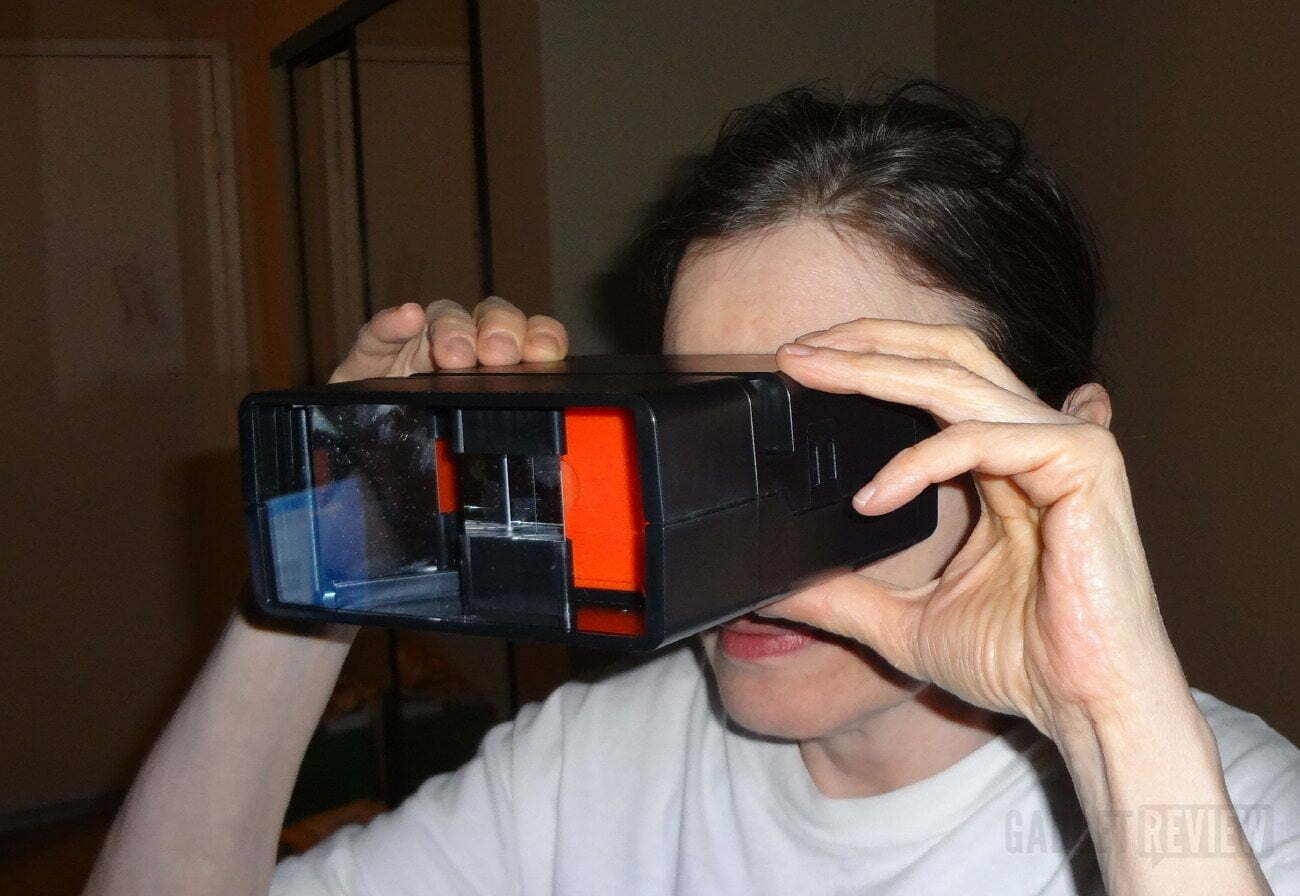 The Poppy resembles a pair of binoculars that have been encased on all free sides — or call it a crazed View-Master for those retro and old enough to remember what they looked like. The contents consist of optics and mirrors — no batteries — that turn whatever is being looked at into two identical views.

The iPhone (4/5/Touch) goes into a top slot, but first, it’s been slid into a mount to hold it in place. It comes with 2 mounts, one for the iPhone 4/4S and the other for the 5/5S/5C/Touch. So, you won’t need an iStabilizer Dolly mount. Note that all of this is “mechanical,” and there are no batteries or digital technology in play.

The Poppy’s front is then twisted at an angle for shooting — used the other way it just lets you view what is on the iPhone’s screen like, yes, a View-Master. This includes videos from YouTube or stills from Flickr or Twitter.

Related: Photography has never been better with the Qiaya Selfie Ring Light for streaming and making YouTube videos. 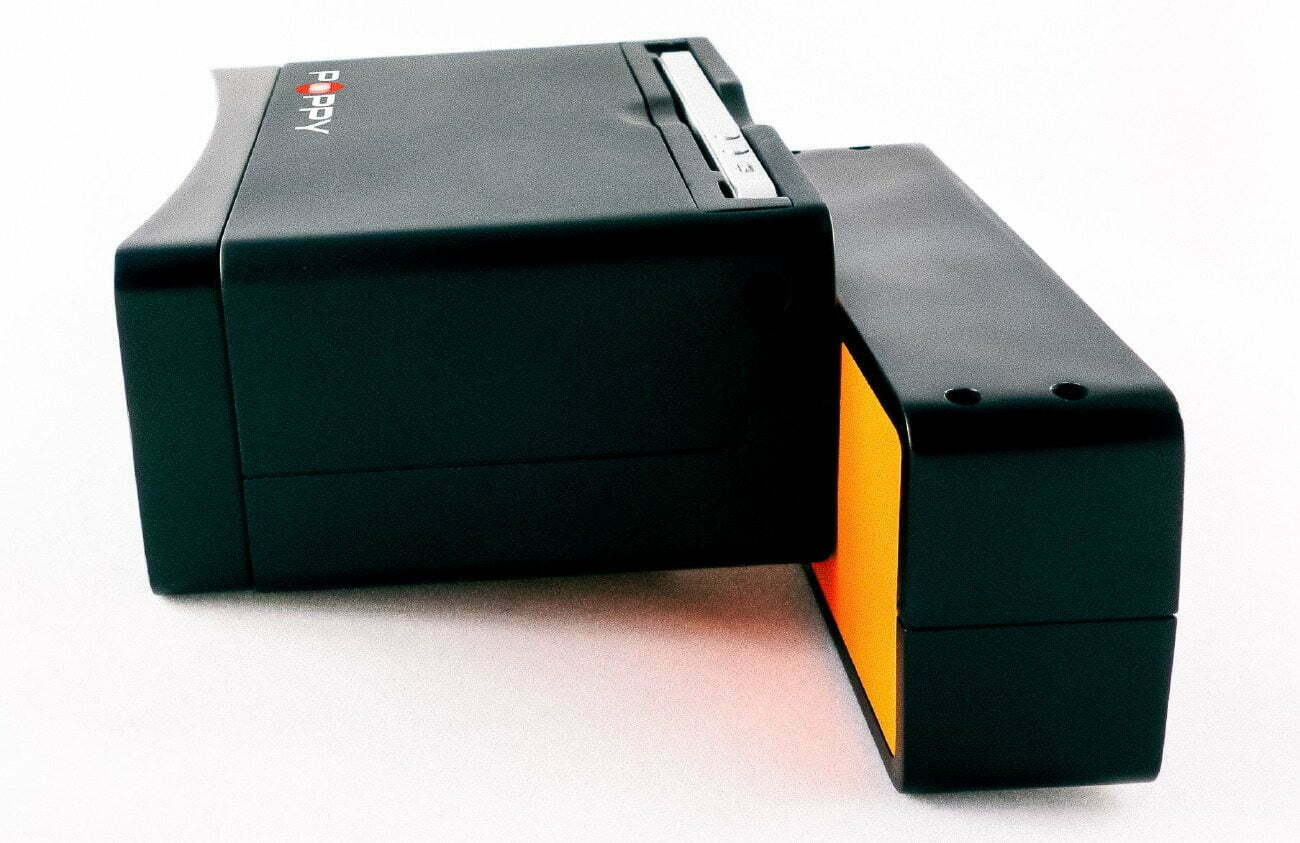 Poppy works best through a free app — accessing its controls comes from two thumb-sized holes in the case’s bottom. But I found the use of the Volume buttons better: the Volume up acts as the camera “shutter.” The Volume up and Volume down also work in the app’s viewing mode: to return to the “Home” screen and to move through the images that have been shot (video and/or photos — a “Poppy” library created automatically for storing them on the iPhone).

Stills can also be viewed from the Poppy online community and it’s possible to upload images directly — however, the company’s touting of the app being able to create 2D images from 3D (looking lenticular-like) and uploading to YouTube doesn’t take into account the fact that this has yet to be integrated into the app. But the app does provide the means for shooting simply and effectively, plus it takes care of the distortion created by the iPhone’s presence in the Poppy, along with letting the user quickly calibrate the iPhone’s position relative to the optics.

Related: If you just need instant pictures like in a photo booth, the Polaroid Snap Instant Film Digital Camera is your best pick.

Shooting with the Poppy was a breeze. I also found the pictures/videos being shot more stable than those shot in 2D — because POPPY’s need to be held in both hands rather than the one-handed approach often done when shooting with an iPhone using a Snapgrip Wireless Bluetooth camera remote.

Since the POPPY is a bit big, unlike Sony’s Bloggie 3D, it’s not like it can be just pulled out and used at a moment’s notice, especially if the iPhone is carried around inside a bumper/case which must be removed first. However, that’s not the issue it might seem, since 3D isn’t wanted every time you’re shooting. For example, taking a picture/record of my storage unit didn’t need to be in 3D, while taking pictures of a street fair where I was amid booths and people milling around did.

Bottom line: Shooting 3D has always been a hassle because it relied on a specialized camera. The POPPY 3D avoids all that by simplifying the creation of 3D by riding piggyback on the technology found in an iPhone. Just pop your iPhone 4, iPhone 5, or iPod Touch into the POPPY and start seeing 3D photos and videos. But the best part is that it really works, only costs $59.95, and gives you 3D whenever you want anytime you shoot pictures or video. Share your 3D art on the web or social media as well, and your friends and family can see the great results of your POPPY 3D by using their own too. 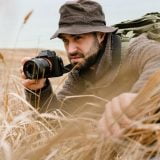 How to Put on a Strap on a Digital Camera 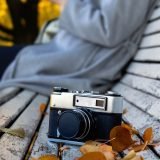 Why Won’t My Digital Camera Record? 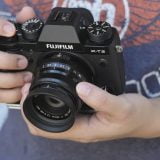 Best Digital Cameras with Wifi in 2022 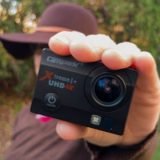 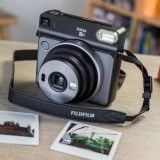 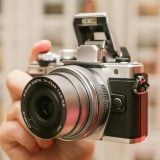