Similar to the Parrot Disco FPV, the Anafi Parrot Drone has one glaring flaw, and that’s the lack of an obstacle avoidance system. When you’re thinking of the best drones for beginners, a feature that allows a user not to crash is usually at the top of the list. This feature would also benefit any of the top FPV racing drones. Still, the Anafi is an incredibly sturdy piece of equipment, and as long as you’re not consistently ramming it into a wall it should last you a long time. But is it among the best drones in the market? 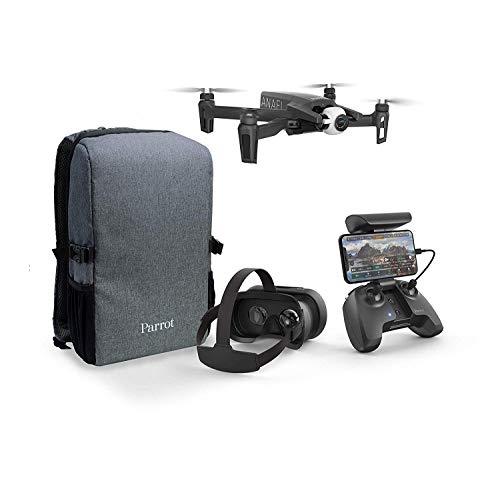 The Parrot Anafi Drone is a top-notch drone with features that should appeal to both newcomers and veterans alike. The 33 miles per hour top speed is impressive (unless you’re drone racing), and the 25 minutes of flight time is more than enough for anybody to get a good bout of flying in.

Unlike the JJRC H37 pocket drone, the Anafi Drone is an incredible top speed of 33 miles per hour. Incredibly fast for a beginner drone, you may want to check out the Parrot Mambo Fly if you want something slower if you’re just getting your wings. Unfortunately, the Anafi doesn’t have an obstacle avoidance system, which may be a turn-off to new owners. But on the plus side it’s extremely quiet and so won’t disturb anyone while you’re flying.

The battery life on the Anafi drone is an impressive 25 minutes. This should be more than enough for a beginner to practice. You can also check out the DJI Mavic Air 2 for something a little longer. Unfortunately, recharge time, using a standard USB C, was roughly two hours and 45 minutes. The flight time to charge ratio doesn’t seem fair. Parrot claims, for its benefit, that its operational range is 2.5 miles, which is excellent and a much longer range than the ImmersionRC Vortex 180.

If you want something that looks cool and makes people go “WOW!” then the Anafi Done isn’t for you. But it is functional. It’s lightweight and durable with long, foldable frames for easy carrying. The 180-degree vertical camera and 2.8x lossless zoom lens make zoom capabilities better than most other drones out there. But if you do want something a little more flashy, consider the Holy Stone HS100.

Related:  Be sure to check out our Newest Syma X20 review for a drone that can fit in your hands.

Image quality and HDR video on the Anafi Drone are top-notch. Combined with the exceptional digital zoom mentioned above, you have a drone that effectively works as an in-air entry-level DSLR camera. But bear in mind that the limited ISO range means taking pictures in the dark will yield slightly worse results. You can shoot 4K Cinema at 24FPS or 4K UHD at 30FPS!

There are various models of the Anafi Drone, such as the Anafi Extended and the Anafi Work, so make sure you’re choosing the right drone for yourself. Most flight controls are done through the Freeflight 6 app. While, on the whole, easy to use, the UI is a little cluttered and some features, such as the Dolly Zoom function for images, are difficult to find.

The Anafi Drone won’t win any aesthetic awards, but do you want a drone that functions or a drone that looks awesome? Its long operating range and fantastic image and video quality are what set the Parrot Anafi Drone apart from other beginner drones in its class. It would be nice if it functioned great and looked cool, sure, but in this case, you have to pick one or the other. 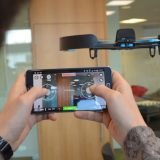 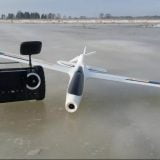 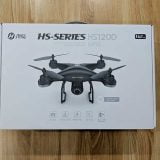 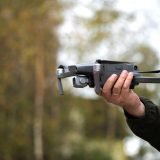 Tips for Flying a Drone 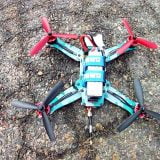 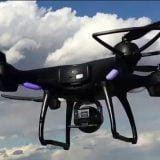