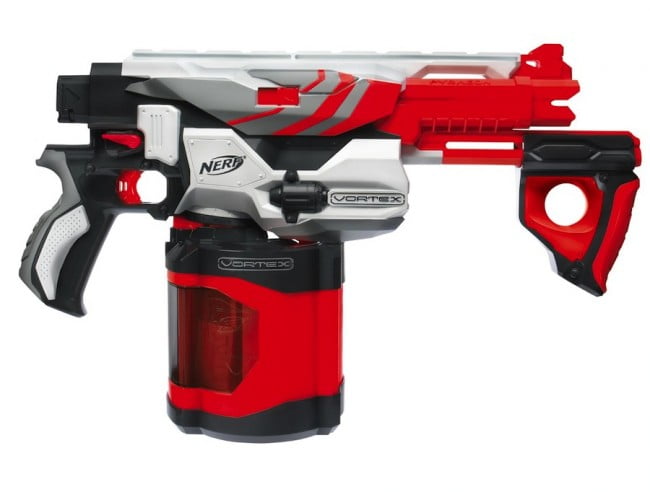 This may be the best Nerf gun yet. There you are.  Trapped in the trenches with a barrage of Nerf gun fire whirling over your head.  Only if you had some sort of gun to combat the thugs that lie in wait just beyond the tree line, then maybe then you could win this battle and walk home with your head perched high. If you love Nerf, you should also watch our I want the MK 19 Nerf grenade launcher (video).

That gun that we speak of?  The Nerf Vortex Pyragon Blaster.  This Nerf shooter incorporate a Tommy Gun like design by including a barrel like cartridge that can hold up to 40 Nerf discs.  To load it to full you simply add ten discs at a time and rotate the barrel accordingly until max capacity has been reached.  And unlike some other Nerf guns, which rely on a battery to power the action, this one uses a shotgun like trigger which allows you to fire Nerf discs in rapid succession.  You can also attach any of Nerf’s Tactical Rail accessories, such as the Light Beam Unit or Pinpoint Sight.

The Nerf Vortex Pyragon Blaster is available from Amazon for $40. 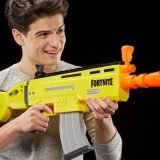 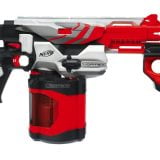 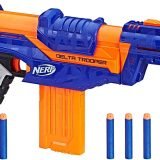 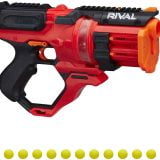 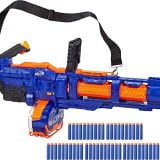 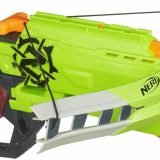