All of the best GPS tracker options available in the market have one thing in common. They respect the user’s privacy. The mSpy app is quite similar to that. It has a list of useful features, making it one of the top contenders for the Best GPS Phone Tracker crown.

In the vast ocean of pretty horrible cell phone tracking apps, the mSpy app is at least something that’s somewhat competent. Once you install mSpy on the target phone, it barely uses any CPU or memory of the said target device. And using mSpy isn’t tough either, unlike other apps.

Related: If you also want to track your car, check the Motosafety GPS Tracker review

As we mentioned before, unlike the Glympse tracking app, the performance impact is barely noticeable. And that stays the same even on older Android devices. And it complies with the resource management system of most phones, including iOS (Apple) devices.

Just like other resources, it also doesn’t use much, if any, battery at all. And that is while the app is running in the background in accordance with other installed apps with an active internet connection. This pretty much is in stark contrast with other apps like the Cocospy app.

Related: Have a look at the Optimus 2 0 GPS Tracker review

The fact that this app isn’t available directly from the Google Play Store or the Apple App Store will raise a few eyebrows. But overall, the entire parental control tab in the primary control panel is very easy to use.

In terms of user privacy, mSpy works much in the same way as the Life360 GPS Tracker app. Meaning, pretty much all the text messages and other things you’ll be keeping track of will only remain between you and the target phone. But they’ll obviously share the necessary information with the authority if you install mSpy on an unauthorized device.

For using mSpy tracking app, you get two subscription plans to choose from. The basic plan starts at $18.99 per month, and that comes with pretty much everything you’ll ever need. It sounds costly for sure, but if you need a tracking app for your secondary phone, you’ll not regret having something like this.

All in all, the mSpy tracking app is a pretty good option to opt for if you need monitoring software for your phone. And their customer support is also pretty fantastic, to say the least. 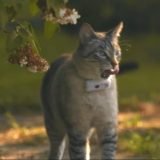 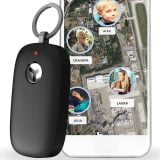 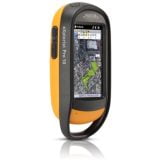 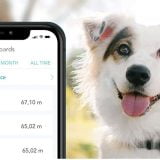 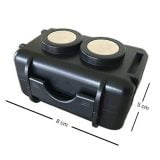 The Mini Enforcer Covert Magnetic Tracker Has A 6 Week Battery 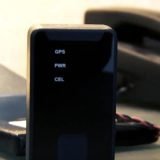