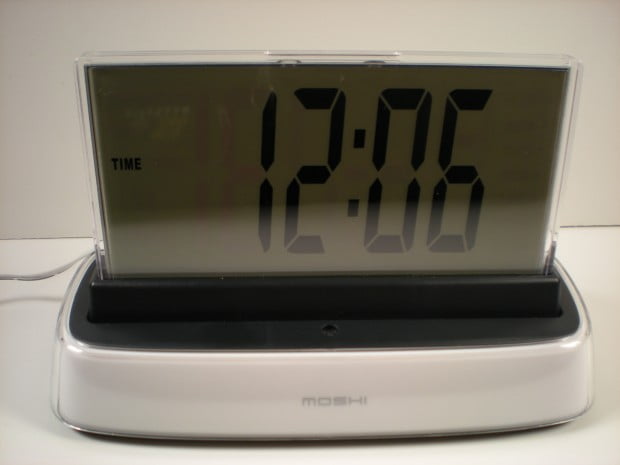 Not really being sure if this clock was designed with the blind and hard of seeing in mind, this voice controlled/talking timepiece is an interesting piece of gadgetry indeed. It is one of the most popular alarm clocks. The Moshi Voice Controlled Talking Alarm Clock, or Moshi, as I will refer to it throughout the rest of this review, is a voice controlled and talking alarm clock that is capable of several commands. Here’s a quick rundown of the Moshi’s functions:

All the commands are written boldly on the back of the Moshi so you don’t have to commit them all to memory right off the bat.  I had a hard time telling Moshi to turn off the alarm as I often mixed up the wording or forgot to say “the”. To get more functions on an alarm clock of an almost similar design, read more about Mpow Digital Alarm Clock. 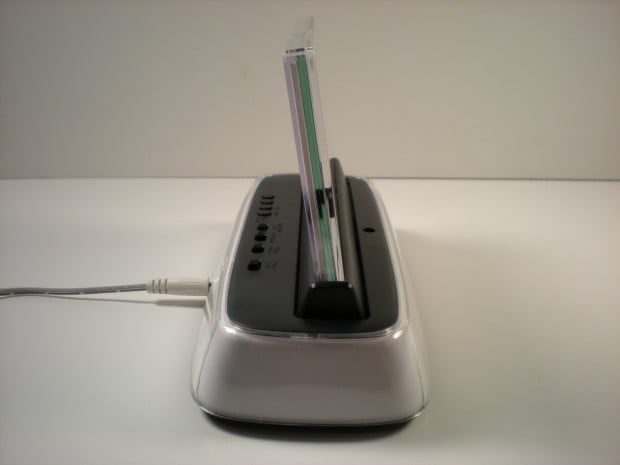 Aesthetically, the Moshi is mildly futuristic but it also looks like it’s a clock in a dock, or a clock that’s docking itself.  It can sit upright or at an angle and has four rubber feet for traction.  The clock randomly assigns bright colors to the screen to accentuate the LCD display.  I saw green and purple only.

You can contact Moshi in two ways.  Either by saying “Hello Moshi” or by tilting back or pressing the display.  Oddly enough, you can only say “Hello Moshi” when the clock is powered through the AC wall plug.  When powered by 4 AAA batteries, the only way you can access the voice commands is by pressing back on the display, therefore slightly defeating the point.

Performance-wise, Moshi was a mixed bag.  It was really fun to speak to a clock and watch it change settings in accordance to your words, but it also was inaccurate on several occasions.  I generally speak clearly and with pronounced diction but Moshi still didn’t understand me a lot of the time.

Most of the errors revolved around mishearing AM or PM and 5’s and 9’s.  You can immediately re-say whatever was screwed up but you have to start the process all over.  As a patient person who makes many mistakes in life, I was not that frustrated with the miscalculations made by Moshi, but I can see people with short fuses having a hard time with it. So, if you prefer analog alarm clocks, then learn more about the Marathon Analog Desk Alarm Clock. 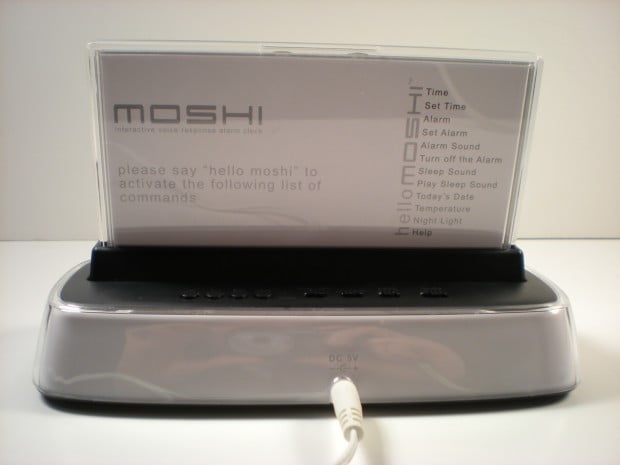 The range of Moshi is quite good.  I yelled “Hello Moshi” from a good 35 feet away and it responded perfectly.  Setting the time didn’t work as well as asking for it, though.

Setting the date, year, and temperature all needed to be done manually on the back of Moshi and was very fickle.  After a few minutes with trial and error button mashing I was able to figure it out. 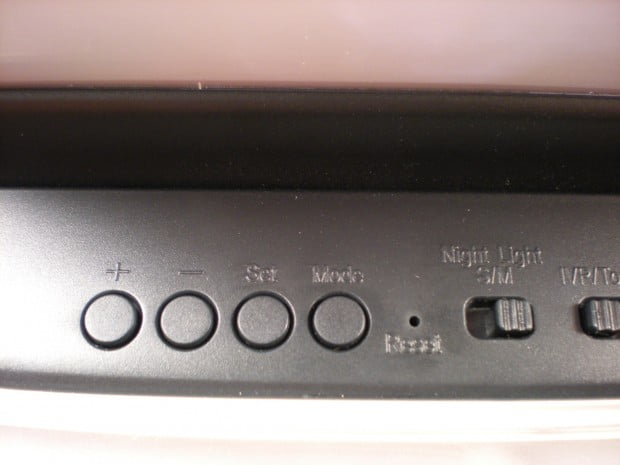 Probably my biggest gripe with Moshi is that there is no SNOOZE voice command.  What the snaps?  You have to manually press back the display in order to activate snooze mode.  Lame!  Anyway, some other wish list ideas for future iterations would be the ability to choose different voices, or even use your own or someone that you know.  Control over the screen color would also be a nice option.  Easier date and temp set-up  or through voice command would be appreciated as well. 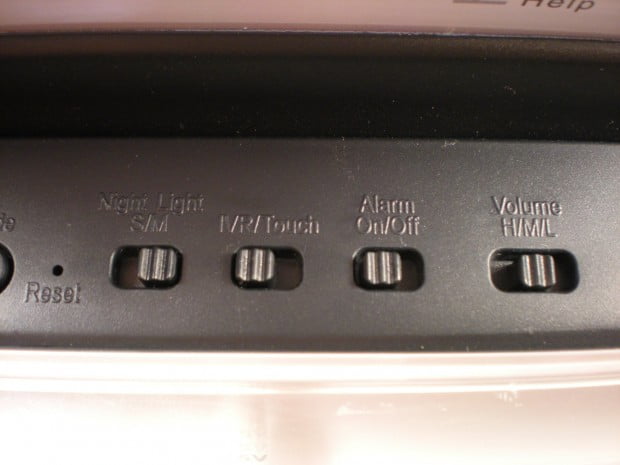 I really think that the Moshi Voice Controlled Talking Alarm Clock is best suited for the blind and the elderly as they would be the ones that would benefit from its core features more than the everyday citizen.  While this demographic would need some help setting up the clock initially, it could really make their lives easier.  And more fun!

In the end, the Moshi Voice Controlled Talking Alarm Clock is a one of a kind gadget that will be great for someone who can take full advantage of all the features.  It’s not perfect in its execution, but ultimately succeeds given its mission statement. 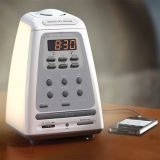 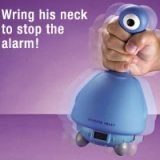 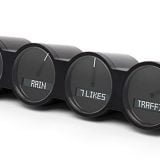 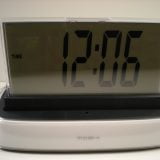 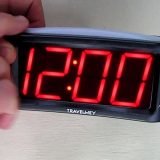