Ever wonder what the difference is between a 50cc scooter and a moped? We have answers.

When it comes to the best electric scooter on the market, you have a few options. There are mopeds, and there are scooters. The moped vs. scooter argument is a heated one, and people tend to have varying opinions on the subject.

People often confuse mopeds and scooters, but they’re not the same thing. They are both a motorized vehicle, they operate on two wheels like a motorcycle, and they’re quite a bit smaller than a motorcycle. Let’s compare the two.

A moped is a lot like a bicycle. It has pedals and a small motor which means fewer cubic centimeters and less power than a scooter. They’re economical, however, because the pedals can be used in conjunction with the engine to save energy. Typically, with fewer than 49 cubic centimeters, it is considered a moped.

A scooter has a frame that you can step through with a platform to rest your feet. There are no pedals, so the engine powers the scooter. This engine displacement can range from 50 cubic centimeters up to 650.

A high end electric scooter is basically a moped with no seat.

Mopeds also have elementary electrical systems that help power the motor. You can still drive a moped without the use of the motor, though. You can pedal a moped like a bicycle for propulsion, and you may not need the motor at all.

A scooter’s motor gives the vehicle power to move all the time, without the use of pedals. The electrical system is advanced enough to power the headlights and the ignition system, as well as to charge the battery.

Despite the difference in motor size, the design of a moped is like a bicycle, with small or large wheels. They typically have something like a 36” bicycle tires, though. Scooters have smaller wheels, and the largest you will find are about 12” in diameter.

Most states in the United States put mopeds in a category with motorized bicycles. They don’t have to be registered, but you do have to have a valid driver’s license to operate a moped. They restrict the engine displacement and speed with a moped.

Scooters require registration, and you must have a motorcycle license to drive one because they are classified as such.

You are not limited in size with a cc scooter. The engine can be any size, and you can go at higher speeds if you abide by the limit. Scooter riders must also abide by helmet regulations.

In general, a cc moped is cheaper because it is smaller. The small internal combustion engine size helps bring down the upfront cost. Scooters tend to be more expensive because they have more complex, larger components.

You also have to consider purchasing insurance for your scooter, whereas you for a moped you don’t, because they don’t need to be registered.

Europe has a long history of scooter and moped use. In fact, in many European countries like Spain, Italy, and France, the roads are smaller, and engine sizes in most cars are much smaller than what we see in the US. It’s a common sight to see someone on a scooter almost everywhere you go.

In many Asian countries, too, you may see more than just a single passenger. Entire families will ride a single moped or scooter. It’s merely a way of life, however unusual we may think it is.

If you’re toying with the idea of getting a motor vehicle like a moped or scooter, keep these things in mind. One may suit your needs better than the other. 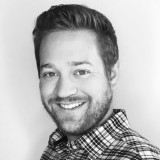 Best Lights for Electric Scooter in 2022