The Modway Attainment Drafting Stool is an office chair aimed at the lower mid-range market, poised as a slightly higher-end alternative to the Modway Veer Drafting Chair; it’s priced slightly higher and trades a white all-mesh design for a black mesh and pleather design. Thanks to its decent price and set of features, it’s one of the best drafting chairs in the lower mid-range sector, though it has some stiff competition from cheaper offerings. Speaking of competition, check out what the best office chair is up against.

The Modway Attainment Drafting Chair is a decent, if unexceptional, lower mid-range offering with good support, a functional design, and a decent price point (especially when on discount). It’s not the best bang for your buck out there, but it’s a competent product that’s mostly worth its price of admission.

Support is unsurprisingly decent; you’re looking at a bog-standard curved back that provides lumbar support, an integrated footrest to help alleviate the chair’s tall height, and integrated armrests. The seat is made of fake leather with a slightly concave curve, which should be adequate for extended use in all but hot rooms. It’s incredibly similar to the Harwick Evolve heavy in terms of overall design, but it has better adjustability.

The Modway Attainment Vinyl Drafting Chair’s comfort depends entirely on the temperature of the room you’ll be using it. In cool, air-conditioned rooms, it’ll provide a nice experience even for extended use, but its lack of a mesh seat makes it a poor pick for warmer rooms, especially those without AC. Its seat is shallow and narrow, further making it a poor pick for taller people, though it won’t provide a horrible experience even in such a case.

Adjustability is decent but unexceptional on the Modway Attainment Drafting Chair. It features seat height adjustment and it technically has adjustable armrests, but there’s catches to both; its seat’s range isn’t very impressive, and its arms can only fold in. There’s no height adjustment on the arms to speak of, and, similar to its seat, its foot ring’s range is very short as well. It at least beats out the Boss Office Products Ergonomic Works Drafting Chair, which lacks armrests (unless you pay extra) and has a less comfortable, less functional design overall.

Thanks to its mesh back, breathability is decent on the Modway Attainment Drafting Chair, but its pleather seat somewhat works against it. Your legs will absolutely stick to it in warm rooms with no or poor AC, though the mesh back circumvents some of the problems chairs in warm rooms have. It’s not super great, but it’s nowhere near terrible either.

Value is ultimately what makes the Modway Attainment Drafting Chair a bit of a tough sell. It’s not much better than some of its cheaper competition, and in some ways regresses over cheaper options; its price is a bit too high when it’s not discounted, particularly when its adjustability leaves a bit to be desired. It’s not a bad buy at its normal price, but it’s poor value; waiting for a sale is wise if you’re dead set on it. Read our Modway Thrive drafting chair tall office chair review for an additional option.

The Modway Attainment Drafting Chair is a good product with a bad price. It checks most of the right boxes, especially in its lower mid-range category, but it does so at a cost–literally. You can’t go wrong with buying it, but when it’s not on sale, you can get similar or even better options at lower price points; waiting for a sale or going with one of its competitors is wisest, but it’s not a terrible product at its normal price either. 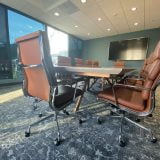 How To Fix A Broken Office Chair Base 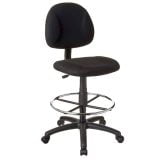 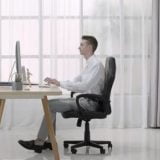 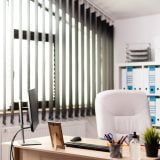 How to Stop Sliding Out Of Your Office Chair 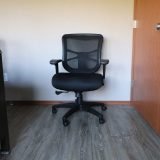 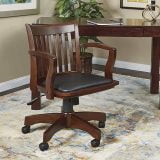