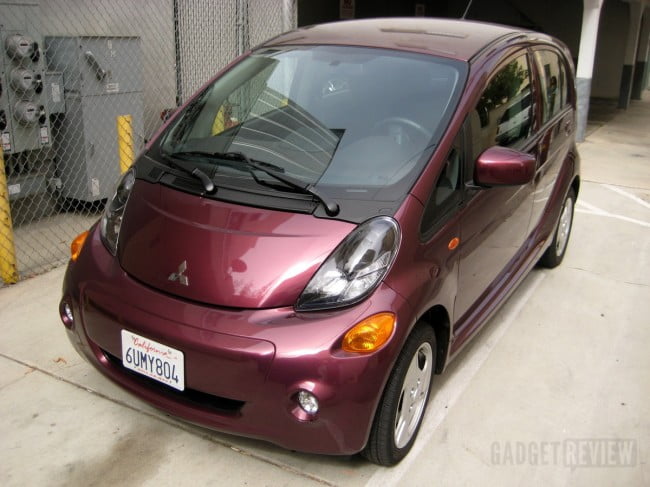 I have a special place in my heart for the best electric cars. If you’ve been to the fuel pump lately, then you know that petrol is getting increasingly cost prohibitive. And although that sounds like a bad thing, I assure you it’s not.  Too long have American’s enjoyed cheap fuel, leading to what is frivolous driving furthered by oversized vehicles.  Don’t get me wrong.  Enjoy your oversized truck, just be willing to concede that the punishment fits the crime, which is to say the bigger your car the faster it will suck down gas.  Nevertheless, we’re all at the mercy of big fuel and car companies, though that landscape is beginning to change, albeit at a snail’s pace.

Tesla is probably the most well known electric car company.  In fact, they’re probably the only all electric car company.  Other electric vehicles (and hybrids) are a result of major car brands trying to meet an EPA fleet quota of 31.6mpg by 2015.  But hey, we’ll take them.   They may not be the end all answer, but they’re a step in the right direction.  Case in point are the Nissan Leaf and the Chevy Volt, two cars I’ve already tested.  And while the Volt still sips on fossil fuel for energy, it does dramatically reduce one’s dependency on the black gold thanks to its dual motor setup that can be powered by electricity alone for up to 40+ miles (if you’re lucky).   And the Nissan Leaf, well, that’s a 100% all electric vehicle and probably the best point of comparison to the Mitsubishi i-MiEV, a car that I tested for 3 days in recent. The Mitsubishi is a rather bare bones affair.  It’s not slathered in leather, wood trim inlays, or anything you’d find inside of a BMW.  In other words, weight is a paramount concern in a vehicle of this type, as effeciency is at the top of the list, and probably a higher priority in terms of what consumers are seeking in a car of this ilk.  However, that isn’t to say they’ve skimped on all the emenities, though that doesn’t mean that they’ve nailed it either.

The i-MiEV was delivered to me by way of a tow truck.  You see, most cars are delivered under their own power, but given the i-MiEV’s range of just 62 miles this seemed like a logical approach.  After the AAA driver lunged it off the back of the flat bed I crawled inside to see what I had gotten myself into.  Needless to say the Mits i-MiEV is not an Audi, BMW, or even a Nissan Leaf. 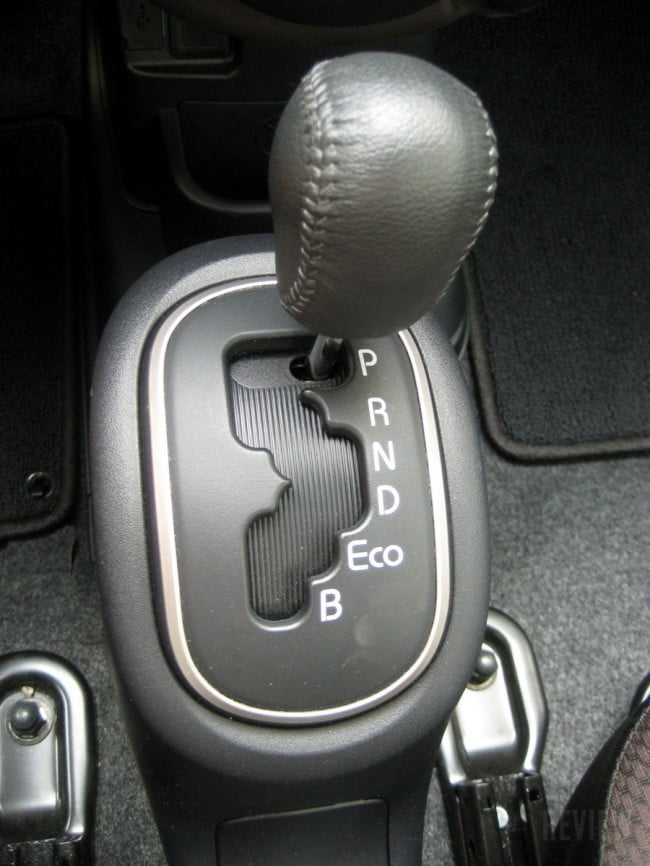 The seats are finished in the always practical fabric, and the dashboard, while logically laid out, won’t appease anyone looking for the slightest in aesthetic bliss.  Keeping in line with their minimalist approach, there is no push button start.  Instead, the key inserts into a traditional locking mechanism found on the steering column.  Turn it once inserted and the only indicator that the car is powered on is by visually searching for the not so large and obvious “Ready” light.  This cryptic like display is furthered in the gear selector.  It’s simple enough to get the car into Drive, but selecting the Reverse gear, especially when originating from Drive, is an annoying process that will require you to look down at the gate (see the above image).  And good luck if it’s dark, as the gate is not illuminated, which means you’ll resort to turning on the overhead light or squinting at the black and white gear selector indicator next to the speedometer. 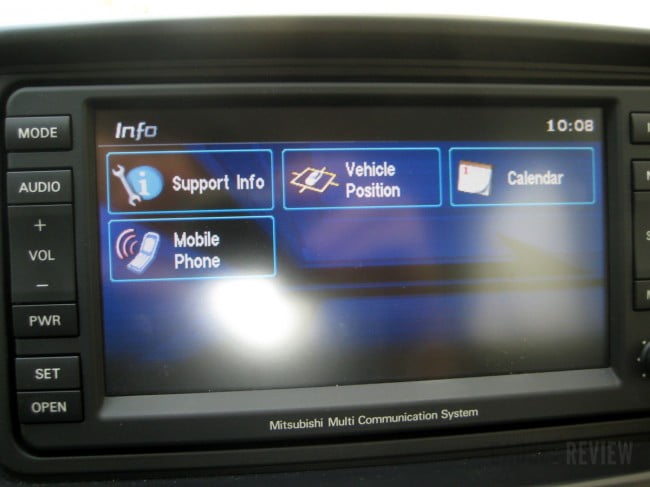 The range of the i-MiEV on a full charge is just 62 miles.  Course, this mileage will vary depending on use of AC, speed, Bluetooth, and acceleration.  In my limited experience I found the i-MiEV to be an excellent city driver.  Thanks to its small size, and almost go-cart like wheels (15-inch), it can practically turn on a dime and nimbly navigate the narrow lanes that most city streets are adorned with.  Cornering is far from a sports car, but given the i-MiEV’s rather low powered engine, it’s a suitable balance of zippiness mixed with responsiveness.  For some added power one can drop the gate into B, which gives it a bit of a “boost.”  Or conversely there is an E, or Eco option that slows acceleration and is only suitable in areas with little to no traffic – don’t use this setting on the highway, unless of course you want to be the recipient of ridicule and epithets from fellow motorists.

The power and speed of the i-MiEV is anything but equitable to that of a Tesla Roadster, and perhaps almost on par with the Nissan Leaf.  By no means is the car unsafe in terms of traffic flow, as the accelerator pedal response is quick, and braking, which provides a slight charge to the on-board batteries through a regenerative setup, is on par with the car’s brawniness (or lack there of).  But frankly, the i-MiEV doesn’t take off when you mash the accelerator to the floor,  and its top speed of 80mph, while fast enough for US highways, is most certainly on the slower side of a modern day vehicle.  That being said, a quick stint on the 10 freeway here in LA proved the car to be a much more suitable city driver, as the vehicle had a tendency to slightly waiver and what I would deem not the safest highway ride.  I’ve never driven a Smartcar, but I’d imagine it is something analogous to this. 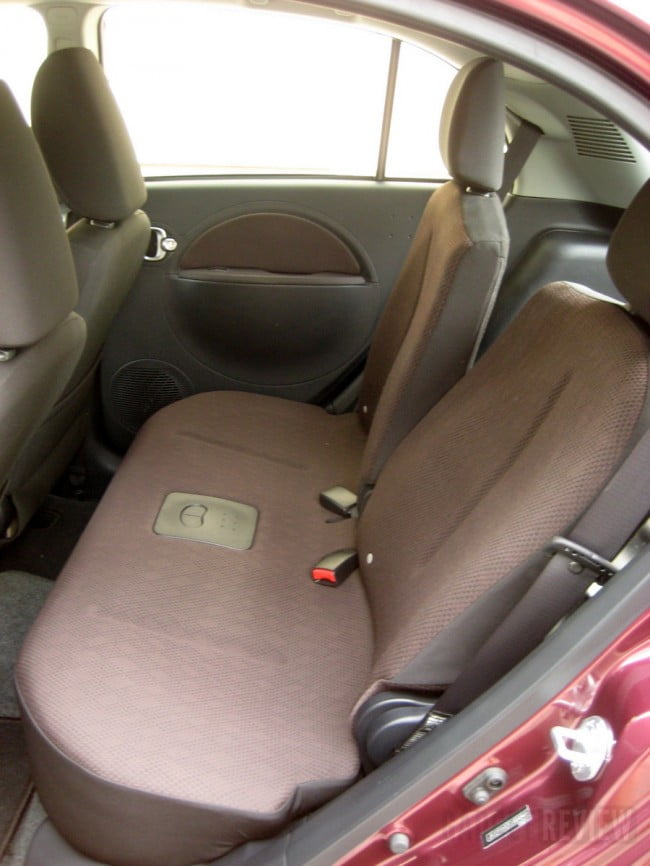 The creature comforts of the i-MiEV are relatively few and far between.  The back seat angles back providing what is presumably a bit more comfort if you’re trapped in the rear clutches of the electrically powered car.  Though, there is a plastic panel in the middle of the back seat’s bottom cushion, which I can only assume is some sort of access panel.  The car’s driver and shotgun seats are all manually controlled, which is to be expected in an all electric vehicle.  They’re not ultra low grade, but they did feel as those they were sourced from a vehicle of a time past.  Close the doors of the i-MiEV and you’ll get anything but a solid thud; more of a hollow noise.  Yet, road noise in the cabin, even at 55mph wasn’t unbearable and still enabled me to chat on the car’s Bluetooth speakerphone.

The nav of the i-MiEV looks very antiquated relative to today’s smartphones.  This is further exemplified by a flip-phone phone icon, and other graphics that leave something to be desired.  Nevertheless, setting up my iPhone 4s didn’t take any more steps than other systems, and the steering wheel buttons worked seamlessly to control volume, Spotify tracks, and placing calls. I wouldn’t even bother with the voice to call option, as it pails in comparison to modern day VR systems, such as Siri. 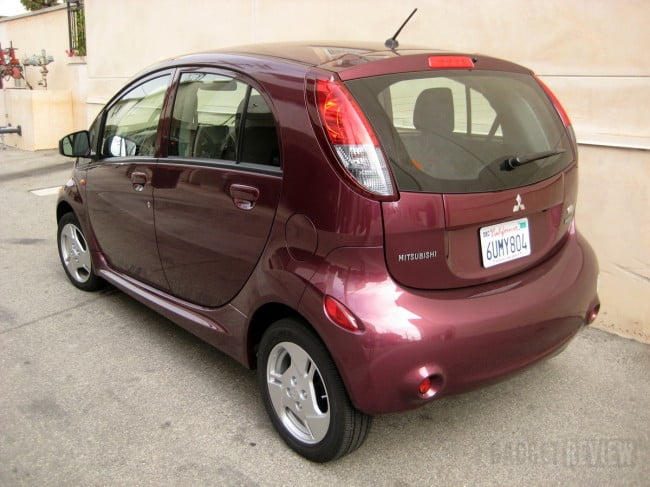 Shortcomings aside, the Mitsubishi i-MiEV is one of the most effecient car’s in the US market today thanks to EPA rating of 112mpg.  Of course it’s important to keep in mind that that number is a calculation based off the car’s electrical motor and output.  And while I can attest to getting close to a 60 mile range on a single charge, the reality is that this will vary with use and environmental factors.

As tested my Mitsubishi i-MiEV costs $34,765.  It’s certainly no drop in the bucket, especially for a car that feels very bare bones.  The Leaf, a comparable car, but with slightly less fuel economy, costs about the same.  Nevertheless, the Leaf also enjoys a more powerful motor, more refined material, all together better craftsmanship, and a more up to date Nav system that promotes eco driving through gamification. 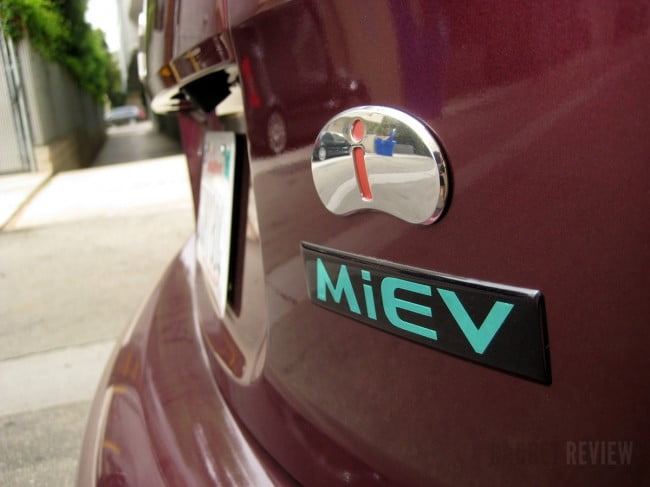 So am I sold on the i-MiEV.  I’m afraid not.  Rewind 5 years ago and the conversation would be entirely different (when the first i-MiEV came out).  But the once very nascent electric/hybrid car industry is now filled with a myriad of options, albeit ones that provide just enough range to grab a quart of milk at the local store.  However, I can’t help but draw comparison to the Leaf, which sells at a similar price point and to offers more in terms of overall finishes and refinement.  On the other hand there is the Volt, an EV that facilitates roughly 40 miles in electric only mode, and infinitely more with the gas powered engine.  It’s important to keep in mind that the Volt costs almost $10,000 more, but price aside it’s a far more attractive option since its electric drivetrain is almost comparable in range, yet doesn’t illicit the same range anxiety that is sure to come with the Mitsubishi i-MiEV.

Bottom Line: A modern day electric car that feels stuck in a time past; 10 years ago. However, some small updates to the car’s interior and sound dampening, along with an improved drivetrain might make it applicable for the US market. 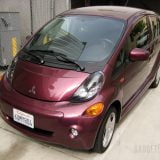 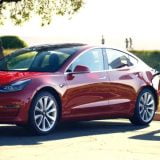