Microwave Cooking Time vs an Oven_

If you’re shopping for the best microwave oven, you may wonder how the cooking time stacks up against a conventional oven. While both cooking methods will heat frozen foods and healthy meals alike, which kitchen appliance delivers a faster ready meal? While we know microwave heating generally has shorter cooking times, that doesn’t entirely represent the issue. So, if you want to know the crucial details on microwave cooking time vs an oven, read this guide.

Which Cooks Food Better: A Conventional Microwave or an Oven?

With advances in food technology, the microwave cookbook has expanded to include select baked goods and meats. When it comes to flavor and texture, however, if you’re wondering what is better than a microwave, the oven might be the top choice.

The most significant difference between the two appliances is how they heat your food. The microwave oven uses electromagnetic waves to excite the water molecules in food, which cooks your food. You can quickly heat most foods under the standard power setting with microwave-safe plastic containers. Your appliance’s inner cavity might change the direct heat capacity, so read our guide on ceramic vs. stainless steel microwaves to see your best option.

Conversely, the modern oven uses either gas or electricity to power heating elements on the top and bottom of the cavity. In addition, some electric oven models offer alternative cooking methods like steam or convection for alternative or faster food preparation.

So, just how do the two compare?

Direct microwave exposure prepares food faster than a standard oven, but it depends on the type of food you want to make. While a microwave might leave particular food moist, an oven might be better for some recipes. For example, even if it isn’t faster than a microwave, save your oven for cooking raw meat or chicken if you want even cooking.

The microwave can make a fantastic dish, but it cannot offer the diverse textures of oven-based recipes. In addition, unless you have a convection model, you cannot reliably make baked goods or roast meat or poultry. Nevertheless, while it depends on what you’re cooking, oven-cooked food generally tastes better even though it sometimes takes longer than a microwave.

Some people take issue with radiation from microwaves heating their food, but you shouldn’t be concerned. In addition, studies show that microwaves leave more nutrients in food than other cooking methods. So your baked foods may taste better, but they are not healthier.

Do not heat cooking oil in your microwave. It will become scalding, and the microwave might ruin the flavor.

How to convert microwave time to conventional oven time?

How does a convection microwave work?

A microwave convection oven combines airflow circulation and electromagnetic radiation to cook your food. The microwave energy prepares recipes in the same way a traditional model does. Still, you can switch to convection baking to crisp the surface of food. Lastly, some convection microwave ovens allow for a combination of convection and conventional cooking.

How to safely clean a microwave?

Use soapy water and a soft cloth that won’t scratch the interior cavity of your microwave. If you need extra help, heat a cup of water in your appliance for one minute to loosen any stuck-on food.

STAT: According to the USDA, over 90% of US households own and use a microwave oven. (source) 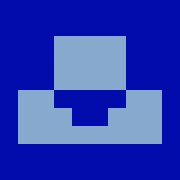 Coby writes out of Louisville, Kentucky, and he is a graduate of Indiana University. He founded GameControllerReviews in 2019 and is a regular contributor to FightFreaks as a pre-fight analyst.