Sometimes the Best Laptops for college aren’t those with the latest and greatest model. Sure, the Macbook Pro 13” i5 is from 2015, but that doesn’t stop it from showing off what it has under the hood. The Retina display has always looked fantastic and vivid. And since it’s an older model, there’s been a huge price reduction. 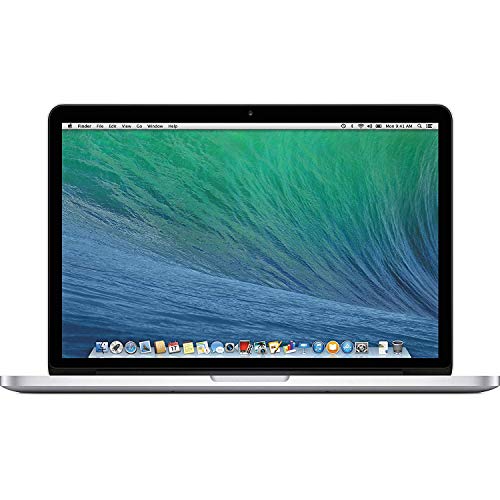 The Macbook Pro 13” i5 offers the right amount of features, ports, and performance while still being very affordable. And yet, its display still looks fantastic and full of color.

These days, not even cheap computers are using 5th gen Intel CPUs, but the Macbook Pro 13” i5 still manages to utilize it well enough. It’s dual core and runs at 2.7Ghz, with the ability to reach 3.1Ghz via Turbo Boost. So long as you’re mindful of its limitations, you’ll hardly notice bottlenecking. It still manages to run a fantastic looking display. It’s 2560×1600, full of color, and tightly knitted pixels.

New Macbook Air and Pro models, like the Apple Macbook Pro M1 13″, are pushing battery life to new heights. That’s not so with the Macbook Pro 13” i5; it’s made of an older breed, so you should expect about 8 hours. That’s not bad, nor the greatest, but certainly enough.

Unlike the Apple Macbook Air 13 (2019), the 13-inch Macbook Pro i5 has a healthy number of ports. Along the right side, you get HDMI, USB 3.0, and SDXC card slots. The left side is an audio hack, two Thunderbolt 2 ports, and another USB 3.0 port. It lacks the Touch Bar newer models have.

It doesn’t matter what model of Apple Macbook Pro 13 Inch you pull from recent years; the built quality hasn’t changed much. It’s still that same strong aluminum chassis that can take a beating. It’s one of the best features the Macbook Pro 13” i5 has going for it if anything else.

If you’ve always wanted a Macbook Pro 13” i5, and are entirely put off by the high price of newer models, this is still a fine example of Macbooks potential. Probably could’ve used an Intel Core i7 instead of the i5, but still plenty of processing power to play with. And the pricing? $699 is tough to beat when dealing with Macbooks.However if you want value for money at $1000,  packed with a dedicated GPU, great CPU, and multitasking potential, check out the Apple Macbook i9 16”.

The Macbook Pro 13” i5 is starting to show its age, largely because of its 5th Gen Intel Core i5. Still, it’s hard to ignore such a good-looking Retina display. And it is an affordable Macbook. It might be worth it for a unique project or two; otherwise, look at newer models.