There are mice, and there are trackpads. Since Apple revamped what it meant to be a trackpad, many mouse users have flocked to trackpads, with all their touch gestures and non-moving hands. You may call that growth; I call it laziness. I don’t hate touch gestures, far from it. I use my iPad and never touch the home button thanks to the magnetic on-off switch from my case, switching apps with a four-finger swipe up, or closing apps with a five-finger pinch. As much as I like pressing physical buttons, I like doing it more quickly and efficiently. Compare this with another small mouse in our Mad Catz Eclipse Mobile mouse review. If you want more pointer options, check out these computer mouse reviews.

Touchpads just aren’t there yet. Not on OS X, and certainly not on Windows 8. With the former, there are a lot of great gestures, but the customization options are ridiculously limited (and limiting). For the latter, by itself, the touch gestures are few and far between, but with a good hardware/software maker, you can have a ton of nifty features with a lot of customization. Compare this mouse with our Logitech M570 Wireless trackball review if you’re still not sold by the ultrathin. The problem is having the capable hardware and compatible software…all in one machine.

More to the point, regular mice are far more intuitive. We’ve all used them for decades, and they work really, really well. They’ve gone through a serious maturation process, all the way back to the 60s. High-end mice range from 30-button monstrosities to very sharp, very powerful devices, many of which Logitech has built. As I write this review, I’m using the Performance Mouse MX, which has so much great hardware that it’s impossible to deny that the mouse is king.

Touchpads, however, will have a place once the OS’s of tomorrow becomes the OS’s of today and software makers wake up. In the meantime, Logitech gives us the Ultrathin Touch Mouse T630, a travel-size mouse very similar to the Microsoft Wedge Touch Mouse except that it’s way better shaped, far simpler to use, and works on any computer, regardless of the operating system. In other words, the T630 is the first step into a proper touchpad mouse. 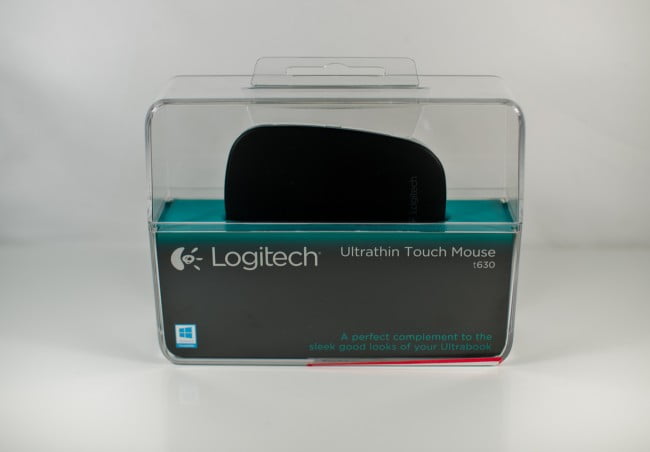 You first notice how clean the whole thing is, almost to a fault. Logitech ships the T630 in a concrete, clear, clear plastic box (see image above). It’s a gorgeous display, and after you look at the T630 up close, it’s a gorgeous mouse too. Supremely thin, beautifully shaped with sleek, sharp lines, and an incredible razor-thin black top over an aluminum undercarriage. It looks more like home on a racetrack than at a workstation or beside a laptop.

Ridiculously clean and tidy, the Ultrathin certainly lives up to its name. It’s tiny at just over an inch thick at its thickest point. When Logitech says it fits in the pocket, they aren’t kidding; I took it with me to work and, rushing out of the house, threw it into my pocket before a doctor’s appointment and didn’t realize it was there the whole time. Getting in and out of the car, going face-up and face-down on a table, and changing seating positions at least a half dozen times. That’s after I took out my phone, keys, and wallet. I didn’t even remember it was there.

Small size isn’t everything. One of the problems with the Wedge was that it was awesomely small, but the dimensions weren’t uniform whatsoever. Not the case with the T630, but it is very small and tough to recommend for use for more than two hours at a time, especially if you’re using the mouse a lot. If that’s the case, stick with a larger mouse like the Performance Mouse MX. However, the T630 is very comfortable, and I enjoyed using it a lot, both traveling about and in the office.

For another mouse with a comfortable, yet sleek design, read our Logitech G100s optical gaming mouse review.

Like a number of Logitech’s latest products, the T630 has a Bluetooth switch so that you can assign it to multiple devices, in this case, two. The switch, on the bottom of the mouse, isn’t the most useful for a mouse. While keyboards work for just about anything (computers, tablets, smartphones), mice are mostly unnecessary on “smart” devices, though most versions of Android do support them. I found it helpful as someone who bounces between multiple computers. If you travel and have to use someone else’s computer for any reason, the ability to set it up properly without disabling your own machine’s Bluetooth settings is conveniently reborn. 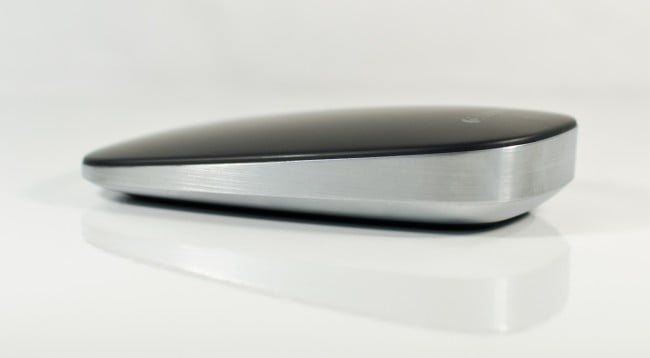 The only part that was difficult to test was the battery, which lasted over three weeks without the need to charge. Logitech claims that a minute of charge from completely empty will give an hour of battery life. I believe them based on Logitech’s claims on battery life from previous products. The placement of the USB connector prohibits using the mouse while charging, which is a strange choice. Considering the size of the mouse, however, using it while plugged in would be difficult because the cable would cause too much negative force and make using the mouse uncomfortable.

As a “Touch Mouse”, the Ultrathin works tremendously well on all three major platforms: Windows 7, Windows 8, and OS X. Once users install the included software, a number of swipe gestures become available for customization, each limited to what the OS supports. On Windows 7, gestures include back and forward, opening the start menu, switching applications, hiding the desktop, and basic scrolling functions. Two additional gestures exist for Win8, opening the charms menu and displaying the app bar. OS X has much more functionality that includes all of OS X’s gesture commands with limited exceptions.

After a day of use, I thought I loved the T630, but I couldn’t shake the feeling that something was missing. On my MacBook Pro, I realized exactly what that was: the inability to tap instead of click. As much as the Ultrathin Touch Mouse supports touch, it only really supports touch gestures, not tapping. Users can’t tap to click, or two-finger tap for a separate function. Every machine, Windows- or Mac-based, supports basic tap features, but the T630 doesn’t. As far as any touch mouse goes, that should be a requirement, or at least something that users can set and customize.

Then again, the Ultrathin Touch Mouse T630 is the best touch-sensitive mouse ever built. By a long shot. You could point to the Apple Magic Mouse as an ample competitor, and it certainly is, but the feel and design never broached the threshold of “yes, this is the mouse I’ve always wanted.” Logitech’s T630 (and T631, its albino twin brother) does. The fact that both models work on any of today’s main operating systems is already huge, and the mice work flawlessly on any machine is a testament to how well-built and designed they are. It’s the first mouse that even made me think that it could incorporate all of the touch features of a trackpad straight onto a moving mouse, and let the user decide what they like. It’s a glorious step forward.

Bottom Line: Good luck finding a better travel mouse. This blows everything else out of the water, no matter what kind of computer you have. 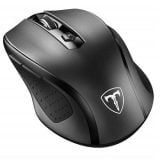 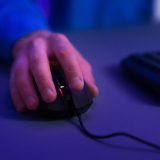 What is an FPS Mouse 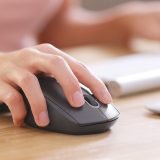 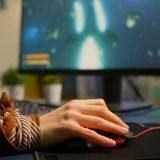 What is a Gaming Mouse? 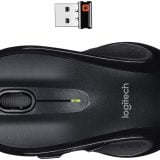 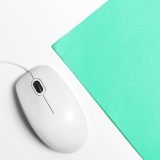