For those who have properties or assets that are constantly on the move, the Logistimacs Micro 420 GPS Tracker is a reliable solution to turn to especially if you need to keep an eye on them whenever they’re on transit. The GPS tracker is small enough to fit in the palm of your hand, and has a battery life that’ll see it through a week of use before it needs a recharge. It also comes with worldwide coverage, and relies on a 4G network to transmit its location. Best used for vehicles and assets, the Logistimatics Micro 420 is accurate enough to give you a good idea of how far along your properties are on their route, and can be used discreetly so that whoever is responsible for moving your assets doesn’t even know that you’re tracking them. Get on with the rest of this review to find out if it’s the best GPS tracker you can get for your money. 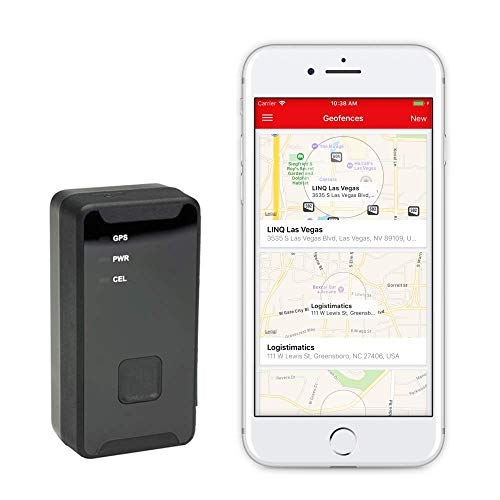 In the world we live in today, GPS tracking is becoming very essential especially if you have vulnerable people who you care for, or goods that you need to make sure will arrive at their destination. Whether it’s cars people or goods you need to track, the Logistimatics Micro-420 GPS tracker is a sure bet that’ll always keep you on top of things.

The Logistimatics tracker works by switching between the AT&T and Verizon network for cellular coverage. The switch is done depending on which of the two has got a stronger signal in a particular area, and through this, a handler is able to know where his or her goods or loved one has reached in real time just by glancing at the smartphone app or a web browser if they’re using a computer. The tracking app is able to show timestamps that indicate whenever a stop was made, and just like the LandAirSea 54 GPS Tracker, it also allows you to set up a geofence to get alerts when the tracker moves into or out of a specific region. You can go ahead and decide how often you need the alerts to happen on the app, with the highest frequency being every 30 seconds.

Design-wise, the Micro-420 tracker doesn’t have a lot to flaunt, and it’s pretty clear here that attention is more on what it can do rather than how it looks. Like the Tracki 2020 GPS Tracker, it comes in a small black frame, but it’s got three indicators that let you know about its status. There’s one for when its using a GPS signal, another for when its using a cellular network and a last one to show how if its power status. Aside from the GPS tracker, you’ll also find a SIM Card, a USB Cable, a battery charger and a user manual in its packaging for getting acquainted with how it works. Also, you might want to consider buying a magnetic case especially if you want to use the tracker on a vehicle.

The Micro-420 tracker will require you to sign up for a data plan when you purchase it, but it won’t really be as expensive as the other ones that you’ll get on the market. In fact, their only plan will cost you $14.95 a month, which is better than the $20/$25 a month you’ll have to pay with the PrimeTracking Personal GPS Tracker. The Micro-420 tracker also comes with a SIM card included, so there’s no fuss about getting it set up. For those who want a report about previous movements, the tracker’s app is able to show location history for up to 90 days, and with worldwide coverage, you’ll still be able to track your goods even if they cross borders.

The Logistimatics Micro-420 is a decent GPS tracker to go for especially if you’re not a fan of too many bells and whistles, and just want something that works. Head over to Amazon and see how it compares to a bunch of other trackers that you may also be interested in.