A limitation of smartwatches is their dependency on smartphones. Most of them don’t have radios to connect to a carrier’s network, so they must be tethered to a device that can. Fortunately, carrier-enabled smartwatches do exist, and we have one to share with you today – the LG Watch Urbane 2nd Edition LTE. Quite a mouthful, huh? Looking for a smartwatch for women?

This guy is of course a sequel to LG’s original Watch Urbane Android Wear smartwatch, but now, we have LTE support on-board. Our top-rated Android Smartwatch was supplied to us from our friends at Verizon Wireless. If you want a smartwatch that looks a bit more high tech take a look at our COOKOO connected watch for iPhone review.

Read on to find out what makes this smartwatch tick in our LG Watch Urbane 2nd Edition LTE review. Or, if you’d rather have a watch that tracks your workout, take a look at our EMBRACE + smart notification bracelet for iPhone and Android too. If you want another cool addition to your style, you should also read our review of the NFC gala ring.

If you appreciated LG’s design on the original Watch Urbane, the 2nd Edition will be right up your alley. We’re looking at refinements across the board. The only drawback about this is that the new model is larger, most so in thickness (from 10.9mm on the original to 14.2mm). This move isn’t too far-fetched considering that we now have LTE bands on-board. Not only that, but the battery and display are larger. We now have a 570 mAh capacity battery (vs 410 mAh) and 1.38″ screen (vs 1.3″). But if you prefer a pocket friendly watch with great features, check out the Garmin Vivoactive Smartwatch Contactless Payments review.

The stainless steel casing is fortunately carried over, albeit, the finish gets a classier brushed-metal look. The shape of the chassis is also streamlined, which LG says more closely “resembles a classic timepiece”.

You’ll find an interesting change on the right side. We now have two buttons flanking the power button. LG placed these to serve as shortcut keys to two common functions – Favorite Contacts (top button) and LG Health (bottom button). If you don’t fancy those two apps, unfortunately, we couldn’t find a way to set them to open something else.

The band material was also changed up. It’s a thick rubbery band that feels substantial and durable (and hypoallergenic). All the pieces of the Urbane 2nd Edition strongly complement each other and the smartwatch feels super sturdy in-hand. That sentiment is further backed by its IP67 certification for water and dust resistance (can theoretically be submerged in water for up to 1 meter for 30 minutes).

On the underside, you’ll notice a heart rate sensor and the multi-pin connector for charging. The Urbane 2nd Edition doesn’t utilize wireless charging like a couple other smartwatches on the market (Moto 360 or Samsung Gear S2), but it’s still simple. To charge, line up the corresponding pins on the charging adapter and a magnet will clasp it together.

Qualcomm’s Snapdragon 400 chipset is still the go-to system-on-a-chip for smartwatches. The Urbane 2nd Edition recycles that spec from the original. Not that that’s anything to fret about; it boasts a quad-core processor (running at 1.2 GHz) and works perfectly for Android Wear.

The system memory received a slight boost, from 512 to 768 MB. That pales in comparison to smartphones, but remember that the Android Wear OS doesn’t do nearly as much. I felt like navigation through the user interface (UI) was as responsive as it should be. I didn’t notice any lags or hiccups. Occasionally, a slight stutter would creep in, but this could be attributed to the software.

On-board, we still have 4GB of storage. Android Wear apps don’t requite that much space, but it still would’ve be nice to see a bump here. For instance, wireless headphone users may like to download music to the watch, which can take up that space pretty quickly. And not to mention that the OS uses a chunk of it to operate.

The life of the 570 mAh battery performs well. It should definitely get most users through the day. However, the LTE signal can burn through it at a relatively fast rate (if you’re running the watch independently for a lengthy period). This is affected by the strength of the signal. If you’re consistently in a weak signal area, it may be a struggle to last through the whole day. In this case, we’d recommend to turn off the Tilt-to-Wake and Always-On display features.

Despite the Watch Urbane 2nd Edition’s considerable stature, I was pleasantly surprised at the wear. It’s very form-fitting on the wrist and doesn’t feel unwieldy. And this is coming from someone with slim wrists.

The bands stiffly curve downward from their attachment to the chassis, which make them snugly hug your wrist. The metal latch is fairly standard. Once you clasp the watch on, it feels super sturdy (thanks to the robust rubber band). Every aspect of the Urbane 2nd Edition conveys that it’s built like a tank, and I have no reservations about that when it’s donned. That’s further indicated by its IP67 water/dust-proof rating.

On the display front, we have a modest 1.38″ Polymer-OLED display with 480×480 resolution. It’s sufficient and works decently outdoors. Because the panel uses OLED technology, colors are rich (although, not quite as brilliant as Samsung’s S-AMOLED screen on the Gear S2) and blacks are deep.

The fact that the Urbane 2nd Edition has its own LTE radio means that it doesn’t have to be connected to a phone to access the internet and get notifications. It can operate on its own (that is, once you set it up with your Google and Verizon accounts). This also means that you’re able to take calls and send/receive texts, right from the watch! There’s a speaker on the left side of the chassis. Adding a smartwatch to an existing Verizon data plan costs an $5/month. Read the Samsung Galaxy Silver Bluetooth Sm R800nzsaxar review for another equally impressive smartwatch.

The Urbane 2nd Edition uses the Android Wear OS, straight-up. There’s no custom overlay/skin or added LG UI touches. So if you’re familiar with Android Wear’s notification-based navigation, then you’ll be right at home. The OS works by popping up notifications in a card-style, which you swipe up/down to view. You then swipe from right to left to select functions for that particular app.

The only differences you’ll find on this watch versus a Bluetooth-only smartwatch is the addition of the LTE signal indicator (and corresponding settings) and LG’s Health app. From the Settings menu you can control the LTE radio, check data usage, and toggle data roaming.

Despite Google having its own “Fit” app, LG throws in its solution anyways (which one of the three physical buttons shortcuts to). The LG Health app can track your steps, distance, heart rate, and can even give you a stress measurement. It can also provide an activity log and tune it based on the activity you select. For instance, if you’re cycling you can monitor speed, or if your hiking it can report elevation.

Swiping down from the Home screen is a quick way to see the date, battery level, and network signal status. Additionally, if you long-press, you can switch the watch face among several clock styles. Some display more information than others. LG threw in a couple custom watch faces that have weather info or health stats.

The LG Watch Urbane 2nd Edition LTE makes some great refinements to the original, which was already an exceptional smartwatch. It now has a classier chassis, sturdier band, and larger display and battery. You also get a feature that very few smartwatches have – LTE connectivity. Even if the size/thickness sounds intimidating, we suggest that you give it a try. LG nailed the fit in our opinion. 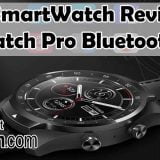 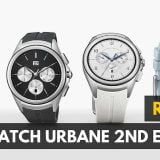 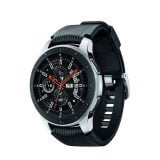 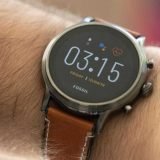 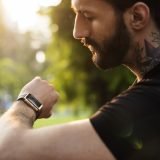 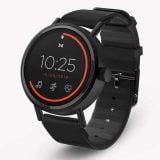