Interested in gaming on the go, but not as psyched to shell out a grand or more for a capable machine? No need today. The Lenovo Y40-80 80FA001CUS Broadwell gaming laptop hit $649 today direct from the manufacturer after $501 coupon USPY4NUS93. With the Core i7 processor, reasonable 8GB RAM, and R9 M275 graphics, you shouldn’t have any trouble running modern games at reasonable settings and framerates. If you’re wondering why the big price drop, this is because Skylake equipped Y700 (14-inch and more models) were recently announced and are expected to be the successor to the popular Y40 gaming laptop. As the saying goes, in with the new, out with the old. Lenovo is discounting the Y40 to move, and at $650 you’ll be able to get a gaming laptop that can handle most modern games at good framerates. Deal ends next week on the 18th. For something a little more flexible (literally), the Lenovo ThinkPad Yoga 12 fell to over half a grand less than it sold for back in April. Foldable, IPS touchscreen, and reliable/durable, as it’s intended to be used for business. Finally, you don’t have to spend half a grand or more today to get a solid Lenovo machine – in fact, you can snag a ThinkPad X131e that’ll do just fine for everyday usage – even in rugged environments.

We found so many good deals yesterday and today that we didn’t cut the remainder of the post down too much. Rest assured, though – every single deal in this section is at the lowest price we’ve seen it in our price history. Highlights include the two MacBook Pros and one Air at the top of the section, over half a dozen gaming deals, and even a 65-inch LG 4K Smart TV for $1,100.

Gaming Deals for the Day

Need some new games to go along with your new Y40 gaming laptop? Origin has a Inquisition and Battlefield titles on sale, while GameStop has StarCraft II: Heart of the Swarm at only $10 (for either the physical or digital edition). 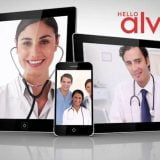 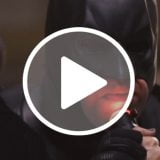 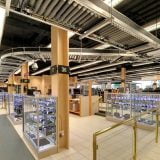 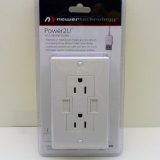