If entry level is what you’re after to experience VR, then arguably the best VR ready laptops are the Lenovo Legion Y545. There’s quite a bit of power locked into this laptop that weighs just 6 lbs. In fact, you can dive right into titles like Elite Dangerous with this setup. 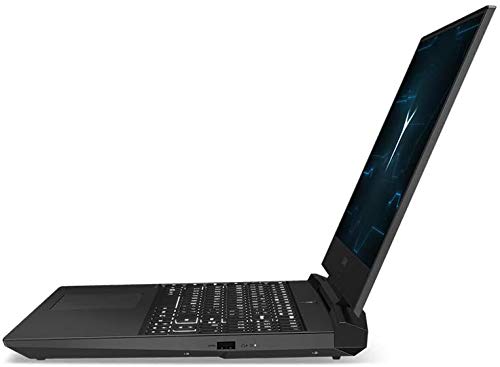 Wielding an i7-9750H hexa-core CPU, 16GB of RAM, and a GTX 1660 Ti, the Lenovo Legion Y545 is more than ready to take on VR adventures like Elite Dangerous and Microsoft Flight Simulator.

What kind of gaming performance should you expect out of a setup like this? Having a NVIDIA GeForce GTX 1660 Ti 6GB, Intel Core i7-9750H, and 16GB of RAM, you should have well over 60FPS on high settings, at 1080p—a solid step above the Legion Y540. The pièce de résistance here is the 144Hz refresh rate, giving your already great experience buttery smooth transitioning from one frame to the next. The Alienware M15 has a little more to offer in performance, however.

The Legion Y545 Lenovo’s battery life is lacking. At most you’ll get 4 hours on a single charge. On the bright side, you get access to a solid collection of ports, such as: x3 USB 3.1 Gen 1, one USB-C, HDMI 2.0, Mini DisplayPort 1.4, and audio jack. Also, it’s open to expanding via storage and RAM, up to 32GB of RAM.

The Lenovo Y545 has good build quality, combining both plastic and metal to form a relatively tough laptop. Some sections are plastic, wrapped by aluminum. It’s simple, effective, and anti glare monitor is a nice touch.

Is the Lenovo Legion Y545 worth picking up? Despite there being more powerful laptops (aren’t there always?) right now, the Y545 is definitely worth considering, at least as an entry-level option. It’s one of the easiest routes to experiencing what the VR library has to offer, largely due to its price per performance. If power is what you’re after, the MSI Stealth GS65 and Alienware M17 are both premium choices.

If VR is what you’re after, the Lenovo Legion Y545 offers a path of least resistance. It isn’t the best performance machine, but it will open the door to so many VR titles, like Elite Dangerous and Microsoft Flight Simulator when support finally comes out. Having an NVIDIA GeForce GTX 1660 Ti 6GB and Intel Core i7 is more than enough.