New Law For Hoverboards in 2022

First introduced to the consumer market in 2015 and quickly becoming a popular transportation device for people of all ages, in 2021, the latest hoverboards are more popular than ever. California law, effective in 2016, addresses some of the dangers facing hoverboard riders, but not everyone is aware of the new laws. Here’s all you need to know.

What are the dangers associated with hoverboards?

Hoverboards are motorized self-balancing scooters that hoverboard riders stand on to ride and steer by shifting their weight subtly with their feet; thus, they require some getting used to when it comes to learning to ride your hoverboard in order to maintain balance and control, making them inherently a little riskier to newer users. There are models of hoverboards that be controlled by remote control, however. Reports of users falling off either due to losing their balance or riding over road obstacles and injuring themselves were fairly common. However, if you are more of a water person, you may be curious about how water hoverboards work,

Additionally, when they first hit the market in 2015, some manufacturers were bypassing safety inspections, leading to over 300 incidents of hoverboards catching fire due to the use of low-quality lithium-ion batteries used in cheap hoverboards.

While newer hoverboard models no longer pose a fire risk from overheating, dangers still exist due to their learning curve, speed, stand-up operating position, and inability to ride smoothly on rougher terrain for the most part. In some states and cities, hoverboards and other similar electric scooters and motorized scooters are banned outright. In 2015, New York City specifically banned the purchase, sale, and operation of any unregistered motor vehicle that did not require human muscle power to operate, effectively outlawing hoverboards altogether.

In 2016, largely in response to the numerous cases of grievous injury associated with them, California passed new laws regarding the use of hoverboards. Other states have yet to make the same legal changes but will likely follow suit eventually. The law covers a few items, including age limitations, helmet use, and speed limits on streets.

California’s new law dictates a number of new restrictions placed on hoverboards and their owners.

Age limit for hoverboard use

The new law, which was effective starting on January 1st, 2016, states that all hoverboard users must be at least 16 years old to ride in public in the State of California. This effectively rules out hoverboards as a recreation option for kids and also lines up with most states’ learner’s permit regulations.

Helmets mandatory for hoverboard use

In addition to the hoverboard age restriction, helmets are now required for any public use of hoverboards. Not only do they decrease the risk of serious injury during accidents, but they reduce legal liability for manufacturers. Similar laws in most states exist for the operation of bicycles, scooters, motorcycles, and other such two and three-wheeled vehicles on public roadways.

This portion of the new law doesn’t refer to the maximum speed of the hoverboard but to the posted maximum speed limits of streets, roads, and bicycle paths. Under the law, hoverboards in California may only be used publicly on streets where the speed limit is under 35.

This helps to ensure that hoverboard users are kept off dangerous high-speed commuter roads and public highways, hopefully further reducing accidents and keeping hoverboards in line with state traffic laws.

Currently, the penalty for failure to comply with these hoverboard safety standards is a $250 fine per offense, meaning, for example, that failing to observe speed limit rules and failure to wear a helmet would incur two separate fines.

At present, there are no further penalties beyond the fine, though there’s no limit to the number of fines that can be incurred.

Hoverboard laws in other states and cities

As mentioned above, New York City officially banned the purchase, sale, and use of hoverboards in 2015, imposing a fine of $500 for the first violation and subsequent fines of no greater than $50 each per offense.

As of now, there are no federal laws regarding hoverboards, and no other states have passed laws or regulations, though some cities like Philadelphia have put the question of passing legislation on ballots.

Which states or cities have laws regarding hoverboards currently in place?

Is there still a risk of hoverboards catching fire?

Though it’s impossible to vouch for every single manufacturer, at present, the vast majority of hoverboards use high-quality lithium-ion batteries that do not overheat and present fire hazards.

How can a consumer be sure that a hoverboard model is fire risk-safe?

Manufacturers can receive what’s known as a UL 2272 certification if they prove they use only high-quality, safety-tested batteries in their products. This will be included in most product descriptions, so due diligence as a consumer in that category is always recommended.

Are hoverboards dangerous to ride?

Any vehicle, motorized or otherwise, presents a certain amount of risk to the user. That said, in 2021, with major concerns such as fire risk mostly long since taken care of, hoverboards are safe modes of transport, especially if traffic laws are observed and riders wear hoverboard safety gear like helmets and knee pads, even in areas where they’re not legally required to. 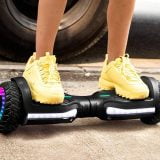 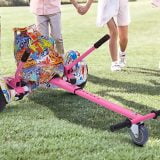 What is a HoverKart? 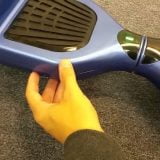 How To Fix A Hoverboard 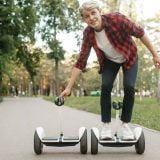 How to Turn Off Voice on a Hoverboard 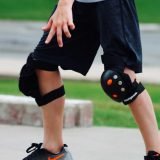 Best Knee Pads for Hoverboards in 2022 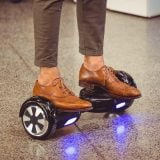 How Long Does a Hoverboard Battery Last?