Naturally, the Best Electric Bike needs a Bike Rack for Electric Bikes to compliment your choice. If you’re hauling two or more, then you might be interested in the Kuat NV Base 2.0. It has a high load capacity, but most importantly, it’s built to handle add-ons, one of which adds the ability for hauling four bikes. 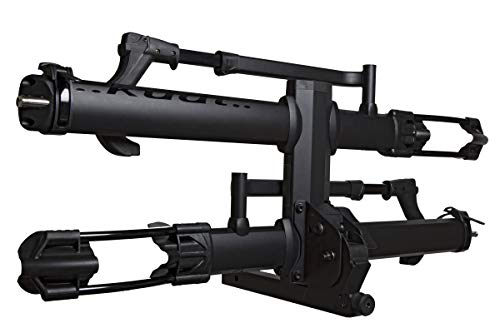 Strong and durable, the Kuat NV Base 2.0 Hitch Rack uses many tricks in the book to create a secure environment for your two bikes: a 120 load capacity, hitch lock, cable locks, a front-tire ratchet, and more.

Kuat NV Base 2.0 Bike Racks aren’t going to disappoint when it comes to strength. Since it’s mostly 51 lbs of metal, it’s highly durable and sturdy. There’s even a coating of black powder to handle everyday use. Overall, it ensures the bike rack can handle both bikes, with a load capacity of 120 lbs (60 lbs for each). However, the Hollywood Sport Rider handles 160 lbs all together. The Swagman Dispatch is lighter since its load capacity is 90 lbs, giving you 45 lbs to allocate to each bike if you want a more lightweight bike.

As long as the tires measure 20 to 29 inches, mountain and road bikes are almost always compatible. Two bikes can be hauled at once, with an optional bike add-on to increase it to four. However, fat bikes will need an extra kit, the Phat Bike Kit, to be compatible (thankfully) pretty cheap. The Thule EasyFold XT 2 handles fat bikes easier, thanks to its maximum tire width of 4.7-inches.

Despite being priced like similar premium platform racks, the Kuat NV Base 2.0 doesn’t have anything regarding battery or range. It won’t charge your e-bikes, but you should remove any when hauling bikes.

If easily installing the Kuat NV Base 2.0 is considered a safety feature, this one has its tight hitch cam system. All you do to install is via the hand-tight cam system without ever needing a tool. And its front tire cradle system makes loading and uploading far more effortless, with an optional foot lever. To keep your bike in place, integrated cable locks, a hitch lock, front tire ratchet, and co-molded rear tire support not one but both bikes in place.

The Kuat NV Base 2.0 lacks the versatility and compatibility that we’d expect from such a seemingly premium price. An onboard Trail Doc for making repairs is nice, but having to go out of your way for additional kits for, say, fat bikes or tires between 20 and 24-inches will slowly but surely add to your bill. You’ll get more value from spending the same amount on the Thule T2 Pro XT.

To justify the price, the Kuat NV Base 2.0 needed just a few more features, mostly revolving around its compatibility, without the use of optional add-ons. However, that does open up some customization. But when it is in use, its durability and strength are definitely within lockstep of other premium bike racks. 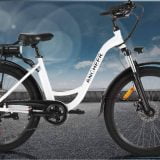 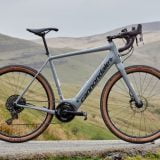 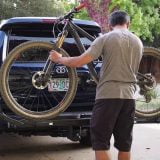 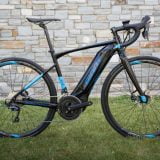 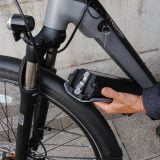 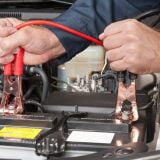 How to Build Your Own Electric Bike Battery