You may think you’ve always had the right to resell used copies of copyrighted works like movies, games, and books, regardless of where you made the initial purchase. However, before the Supreme Court settled Kirtsaeng V. John Wiley & Sons in 2013, reselling international editions of copyrighted works in the US was considered a “grey market” or, at worst, illegal. Though, it’s not so different than the right to repair law. So what were John Wiley & Sons’ claims against Kirtsaeng, and what did the Supreme Court’s decision do for consumers? We’ve got you covered if you are interested in this fascinating copyright legal battle and what it did to expand consumer rights.

Supap Kirtsaeng is a Thai citizen that came to the US in 1997 to study mathematics at Cornell University. He noticed that the Wiley textbooks were much more expensive in the US than in his native Thailand. So to pay for school, he imported foreign English-language textbooks from Thailand. He sold them on sites like eBay at large margins while still undercutting the US-edition textbooks from Wiley. In the suit, Wiley claimed that Kirtsaeng violated their copyright by importing and selling books in an unauthorized market. For more context, the 1956 IBM consent decree tackled a similar issue.

How did the Courts Decide the Case?

Like other copyright disputes between consumers and copyright holders, the case lasted for many years. Wiley filed the initial lawsuit in 2008, but the Supreme Court did not reach the recent decision until 2013. As the case traveled through the court system, appeals eventually put it in front of the Supreme Court. For another similar court case, read about Image Technical Services V Eastman Kodak.

Two lower courts sided with Wiley & Sons. The Second Circuit Court of Appeals also sided with Wiley, stating that unauthorized importation of a copyrighted work violates the US copyright holder. Kirtsaeng appealed, which led to a Circuit split between the Third and Ninth Circuit courts, which held different views on similar cases. The Circuit split landed Kirtsaeng and Wiley & Sons in the Supreme Court. Much like the Magnuson-Moss Warranty Act, companies would need to react to the eventual conclusion of this case.

Kirtsaeng won in the Supreme Court in a 6-3 decision that saw a Majority Opinion, Concurrent Opinion, and a Dissenting Opinion from the Justices.

The Majority Opinion of the court, written by Justice Stephen Breyer, upheld the first-sale doctrine covered Kirtsaeng’s sale of legitimate textbooks purchased overseas. Thus, Kirtsaeng was free to resell these foreign textbooks in the US because the initial sale gave Kirtsaeng ownership of the textbooks.

Justice Ginsburg, joined by Justices Kennedy and Scalia, stated that companies should have the right to vary their pricing by region. They argued that allowing the unauthorized importation of copyrighted works harms the copyright holders and their ability to control their pricing, regardless of region. According to Ginsburg, the court’s decision hurt copyright holders’ “territorial rights” by making them compete against themselves in the international market.

For more about copyright law, check out our guides on what is DMCA and DMCA Section 1201.

Alternatively, if you’re looking for info on car repair, visit our list of the best dent repair kits.

What is the First Sale Doctrine?

The First Sale Doctrine states that you can do what you wish with the goods you buy. Selling or destroying a product doesn’t violate copyright law.

The Supreme Court decided that copyright holders could not restrict the re-importation of products it had authorized for export from the US.

In decisions in the lower courts, he was found in violation of copyright. Still, the Supreme Court overruled the findings in favor of Kirtsaeng.

STAT: According to the Copyright Act of 1976, registration of copyright is voluntary and may take place at any time during the term of protection. (source) 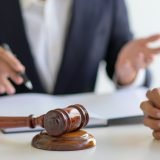 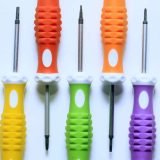 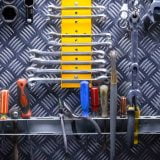 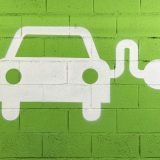 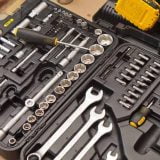 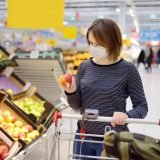